ITV drama series Marcella will be reaching a head soon with fans finally getting to watch the third and final outing. The show will be airing on ITV tonight at 9pm with all eight episodes dropped after broadcast on the ITV Hub for those who prefer to binge-watch the series. Express.co.uk spoke to the cast and crew about the filming locations and settings for Marcella series three.

Where is Marcella series 3 set?

The show will be picking up a year after the events of the previous outing but fans can expect a very different setting this time around.

Instead of London, the action will be taking place in Belfast, Northern Ireland with Marcella Backland (played by Anna Friel) going undercover as Keira Devlin to take down a crime family.

Speaking about the setting to media including Express.co.uk, Friel said: “Much of the action is set at this incredible mansion. It’s almost like the mansion’s a character, quite threatening and foreboding.

“It’s almost like a prison, she’s trapped in there and she’s not allowed to leave – not too different from lockdown.” 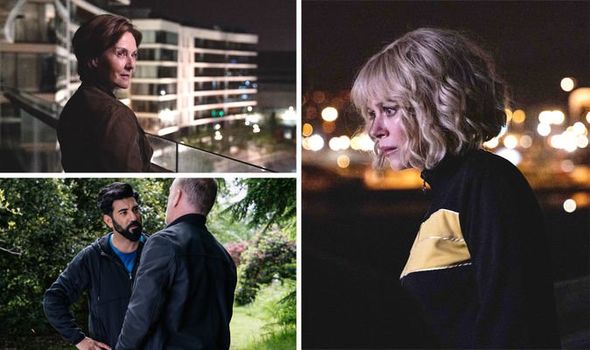 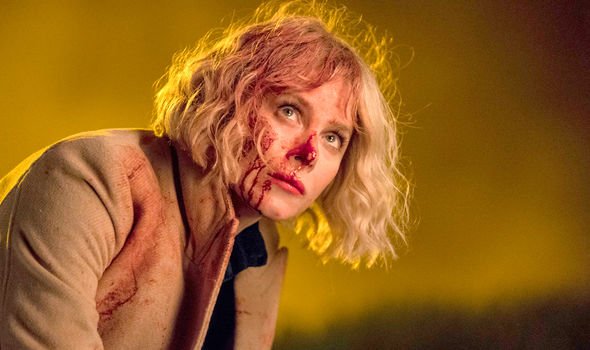 Other moments of drama take place down by the docks as well as a council estate, which is being rejuvenated by the crime family.

Marcella and The Bridge creator Hans Rosenfeldt exclusively told Express.co.uk how the writers undertook some research when devising the story to ensure authenticity.

He explained: “We wanted to set it in Northern Ireland. We wanted to be undercover. Where could she be? What could she actually investigate?

“Then, one member of the story team said, ‘Well, I do believe there are actually crime families, so we could invent one of those. We did a bit of research on what they do, what they can do.”

Although some research took place, Rosenfeldt was mainly looking for ideas and possibilities for the story. 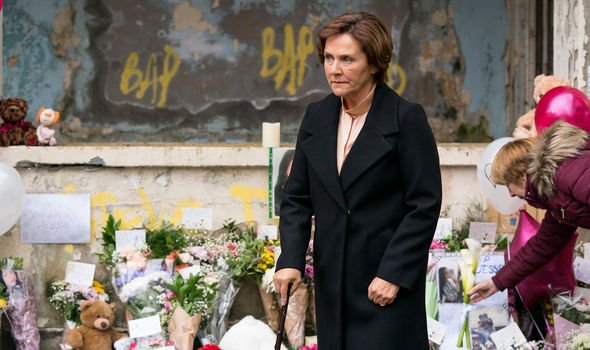 He said: “We did the crime families that they are there, what they could do, how they are organised?

“We didn’t want for people who actually know Northern Ireland, who know Belfast, going, ‘That would never happen here.’”

The acclaimed writer said the team would then look for research to back up their ideas to make sure they were on the “right track”.

Although Marcella originally started off as a London noir, season three sees a huge change in this tone which Rosenfeldt was necessary due to the proliferation of moody television shows involving detectives chasing serial killers through dark streets.

DON’T MISS…
How is series 3 of Marcella linked to previous seasons? [EXPLAINER]
Anna Friel talks about the dark subject matter of ITV’s Marcella [INTERVIEW]
Anna Friel opens up on her role as Marcella [INSIGHT] 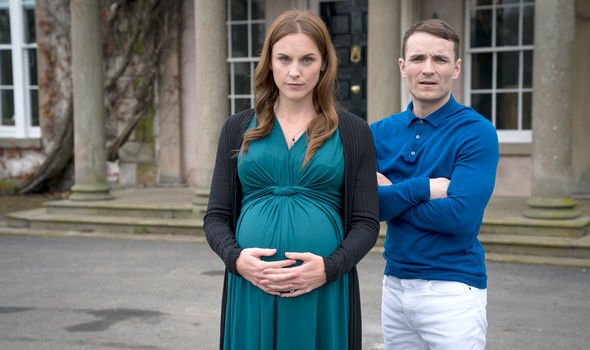 Where is Marcella season 3 filmed?

The show was filmed on location in Belfast in various places around the area.

Filming took place for five-and-a-half months in 2019, so it wasn’t affected by the coronavirus pandemic.

Lead actress Friel said apart from the bad weather, it was a joy to film in Belfast which she hailed as a “great city”.

Friel said she had spent her childhood in the city and a lot of her family was there and Donegal, meaning relatives could visit her on set while she was filming.

Reflecting on why Northern Ireland was chosen as the setting for season three, Rosenfeldt said the writers wanted Marcella to be in a “completely different” place from London.

On a practical level, he said after the events of the second outing there was no going back for the character.

Rosenfeldt said the nation had built up strong film and television production infrastructure in recent years, becoming home to the likes of Game of Thrones, The Fall and Line of Duty. Additionally, he praised the talent of Northern Ireland’s television industry.

The writer said this time around Belfast actually playing itself rather than doubling up for New York, Dublin or even Westeros.

He said: “That made it easier for us. We didn’t have to fake things or add things like buses or stuff. So, I think a part of it was we wanted out of London and we had the crime families of Northern Ireland. The more we thought about it, we thought, ‘It’s a great place to shoot.’”

Marcella season 3 will air on ITV tonight at 9pm and the entire series will be available on the ITV Hub after broadcast.