Disney+ has a hit on its hands with The Mandalorian, and subscribers are eagerly waiting for the platform to start dropping its new Marvel content. After launching in November, the company is learning to keep up with customer demand even in the midst of rotating some titles out of its library. To keep people happy and the momentum going, Disney+ moved up the release date of Marvel’s WandaVision, the superhero series that pairs the Scarlet Witch (Wanda) with her partner Vision.

It’s now slated to be released in 2020, bumped from its originally scheduled drop in 2021. Since there’s not a definitive date set yet, that leaves the window open for rumors and theories about the who and what of the show. There is one rumor that’s been given new life, and it has to do with another Marvel hero. 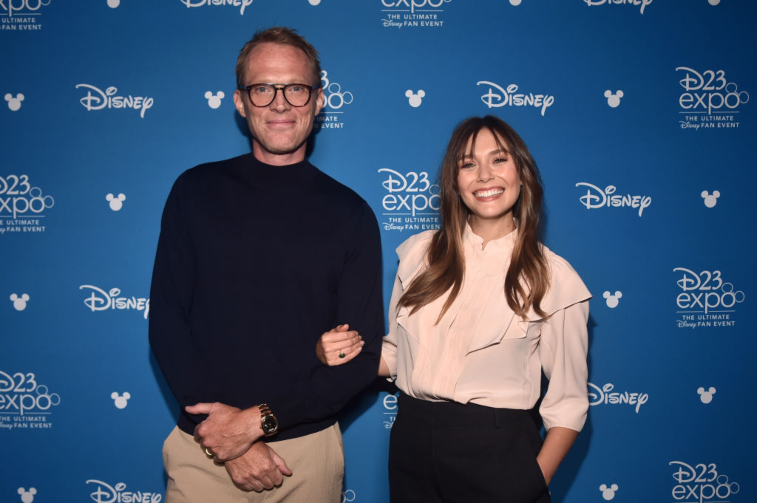 Fans believe ‘WandaVision’ will bring back one character

We already know that Elizabeth Olsen will reprise her roleas Wanda Maximoff/Scarlet Witch as will Paul Bettany as Vision. Given that it’sbeen revealed the events of WandaVision take place after Avengers:Endgame, there are multiple possibilities for dead heroes—and villains—tocome back. We see that with Vision.

But who else is it that fans believe will be resurrected? That would be Scarlet Witch’s twin brother, Quicksilver. This rumor was shot down some time ago but has been bubbling back up thanks to a leaked audition tape featuring a child actor trying out for the role of one of Wanda and Vision’s twins. During the reading, it’s mentioned that the kids’ uncle is asleep on the couch.

Now that doesn’t necessarily mean it’s a blood relative, butfans want to roll with the idea that Quicksilver will indeed play a part in theDisney+ series. Here’s a clip from The Cosmic Wonder; listen carefully.

Why this setup could actually work for Marvel

Quicksilver and Scarlet Witch are woven throughout Marvelcanon, both as part of Magneto’s Brotherhood (and considered his children) in X-Menand then with the Avengers. The siblings are very close, and in one of thecomic’s storylines, Quicksilver is the one who calmed his sister down after a ragesession and urged her to create a reality where all wishes and desires arefulfilled.

That story also intersected with Doctor Strange, and Marvel confirmedthat Disney+’s WandaVision will tie in with the new Doctor Strange inthe Multiverse of Madness film. Marvel could find a way to link the Quicksilver-ScarletWitch relationship in the TV series to the new movie.

As SyFy Wirepoints out, Elizabeth Olsen stated that WandaVision will glean from variouscomic books so multiple storylines could be at play, including interactions betweenUncle Quicksilver, Vision, and Wanda and Vision’s children, Thomas and William(a.k.a Wiccan and Speed). How does this occur? It’s the result of Wanda manufacturinga reality to bring everyone together whom she’s lost—including her children.

Many fans believe that the first season of the series will pull from House of M, a comic story where Scarlet Witch altered reality and powered people ruled. In it, Quicksilver died, but she brought him back to life. There’s a lot of material to source where Quicksilver is present, including the siblings’ investigation into their origin.

What’s known about ‘WandaVision’ so far

As mentioned, some part of the plot will touch on Scarlet Witch’s ability to create and manipulate realities, and promo photos from Marvel confirm that. The first season of WandaVision will consist of six episodes and feature other characters such as Monica Rambeau, Darcy Lewis, and Jimmy Woo.

During an interview with Varietylast April, Olsen said that the show will take place in the 1950s, and hercharacter and Vision will be living in the suburbs. Fans won’t just be treatedto drama and action, but also comedy. WandaVision is set to arrive onDisney+ sometime this year.

Dave Fenley stuns on The Voice with cover of Travis Tritt’s Help Me Hold On: What you need to know about him