Professor Mal Logan was a transformative figure in higher education in Australia who leaves a profound legacy. As vice-chancellor of Monash University from 1987 to 1996 and as a scholar of international distinction in geography and public policy, he made an extraordinary contribution.

At Monash, his conviction that Australia’s future lay in Asia led to the internationalisation of the university – both through opening offshore campuses in Malaysia, India, China and Indonesia and in expanding the make-up of its student body. His commitment to give greater opportunity to all to access tertiary education is a gift he has given many thousands of people. Many of them, like him, were the first in their family to go to university. 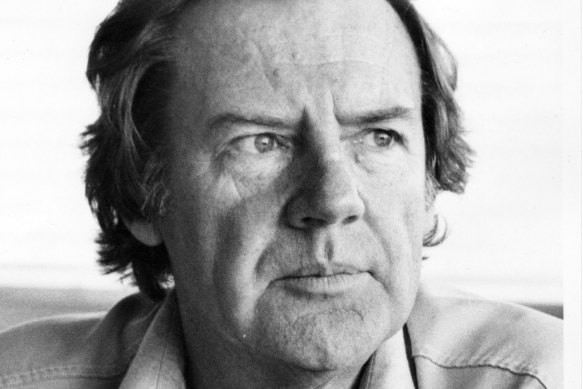 His was a life of big ideas, people, different landscapes and international connection. But it did not begin like that, making all that followed more remarkable. He was born in the small town of Inverell and spent his early years in Bunnan, halfway between Scone and Merriwa in the upper Hunter Valley of NSW.

His father, Alexander, was a primary teacher in the one-teacher school that Mal attended. As he wrote in a memoir, most of his family had “virtually no skills, no money and, being good Presbyterians, were content to serve out their lives as drovers, shearing shed roustabouts, burr-cutters, fence-menders and anything else on offer from the surrounding huge properties that wealthy individuals or companies had carved out of the land”.

The land, though, made a deep impression on Mal. He recalled being inspired by a geography teacher at Tamworth High School who would draw maps covering the entire blackboard showing in vivid colours the distribution patterns of corn and cotton, telling a story that would otherwise take many pages to tell. He later said these maps reminded him of Indigenous art in their shapes, patterns and subtle narratives.

From Tamworth, he won a teachers’ college scholarship at New England University College just outside Armidale, which was then a college of the University of Sydney. Hid did his honours year in geography at Sydney University, and then completed a one-year diploma in education at Sydney Teachers’ College. This was where he met his future wife, Toni.

His first teaching job was at Forbes Intermediate High School, from where he moved to Armidale; then to a lectureship in geography at Sydney Teachers’ College; followed by tenured lectureship at the University of Sydney.

After 10 years, feeling the need for a change from 1960s Australia, he and Toni moved to the University of Wisconsin in Madison, where the geography department had been rated as one of the best in North America. After spending part of a sabbatical year at Wisconsin, he later received an offer of an associate professorship with tenure. It was here in Madison their daughter Kate was born.

His Wisconsin years were good ones, marking the beginning of a very productive period in his career: visiting professor at the London School of Economics; a Rockefeller Foundation scholar at the University of Ibadan in Nigeria; and his move to Monash, which he chose because of its liveliness and vigour, where he was professor of geography from 1971 to 1982. During this period, he co-authored The Brittle Rim, which predicted the collapse of east Asian economies during the 1997 Asian financial crisis, and subsequently co-authored Reconstructing Asia on the same theme.

Appointed vice-chancellor of Monash in 1987, he became a key player in the reform agenda of the federal Labor government which recognised the capacity of universities to contribute to national development. Mal implemented policies that opened the doors of universities more widely to accept all qualified students, irrespective of background.

The result was a surge in student numbers, with Monash expanding from 13,000 to 40,000 over five years. He led the university into the Asia Pacific, with students enrolled from across the region, and opened several successful offshore campuses. He made Monash one of the most innovative and entrepreneurial universities in Australia and integrated its functions into the wider business community. He worked with the Hawke and Keating governments to help develop the nascent APEC grouping and advised on a series of Victorian infrastructure initiatives including the Docklands.

He was made a Companion of the Order of Australia (AC) in January 1996 “for service to education, business and the arts, particularly raising international awareness of Australian higher education services, and for promoting cooperation between countries”.

Mal and Toni always travelled widely and after retirement spent half the year at their house in the hills behind Nice, often with friends, and grew to love the Mediterranean. This was the place where Fernand Braudel, the great French historian so admired by Mal, had shown how history and geography entwine and where the landscapes were most exquisite.

Mal was a person of great integrity and subtlety, generous and with the soundest of judgement. He was able to bring the big picture of life to everyday details, to the benefit of those around him. He leaves behind a family who miss him very much and a grandson, Alexander, in whom he has instilled a lifelong love of maps.

Lisa Vanderpump Has Had It With the Drama on RHOBH

Apple to Pay $502M USD to VirnetX for Patent Violations