An Afghan who hijacked a passenger plane and flew it to Britain 22 years ago was jailed for life yesterday for trying to murder his wife with an axe.

Mohammed Safi, 54, was granted asylum in the UK despite causing a three-day siege at Stansted airport when his gun-toting gang landed with 156 hostages on a flight they seized in 2000.

A High Court judge ruled the hijackers could remain in the UK in 2006, a decision that then-prime minister Tony Blair labelled ‘an abuse of common sense’.

A jury found Safi guilty in May of trying to kill his wife Lina, 41, and biting his daughter’s arm at the family home in Hounslow, west London.

The father of four left Lina requiring several operations. He also stabbed his daughter Minah, 20, as she fought to keep him away from her mother. 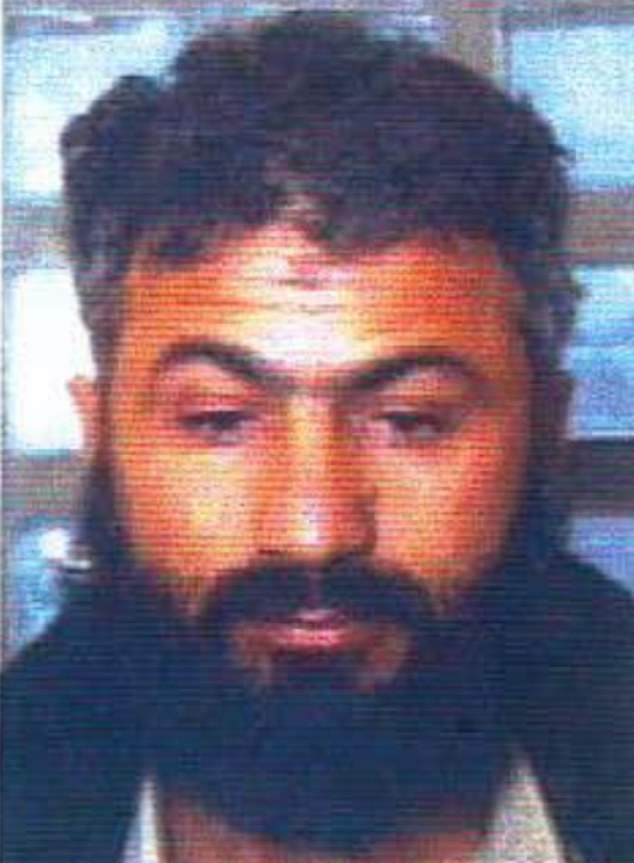 Mohammed Safi, 54, was granted asylum in the UK despite causing a three-day siege at Stansted airport 22 years ago. He has now been jailed for life after attempting to murder his wife with an axe at their home in Hounslow, London 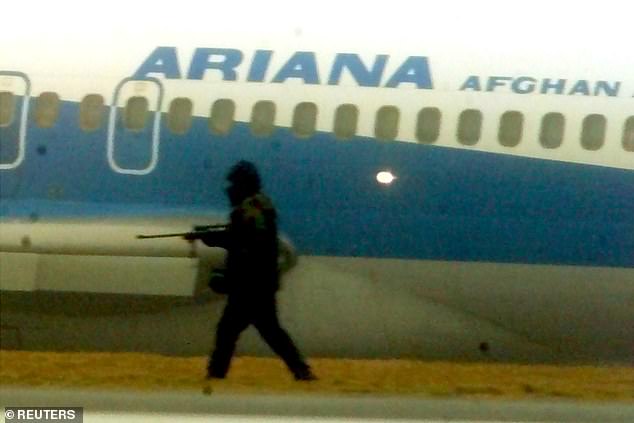 Safi and eight accomplices held 156 passengers and crew hostage for three days after landing at Stansted, claiming they did so to escape a Taliban death squad. Pictured: A police marksman walking beside the hijacked Afghan Boeing 727 airliner on February 7, 2000

Lina had left Safi and told him he was no longer welcome at the family home, but last year he tried to smash his way in to the house with a hammer and chisel, prosecutor Jennie Oborne told Harrow Crown Court yesterday.

Minah allowed him in when he said he had come to collect some clothes, but he then subjected Lina to ‘a frenzied assault with an axe’, the court heard. 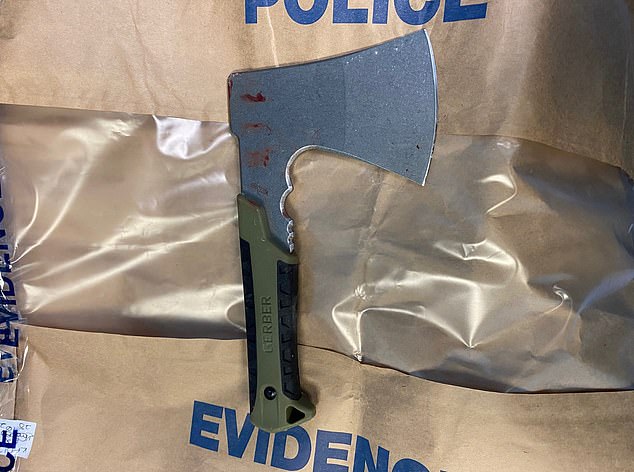 Safi shouted ‘I want to kill you’ at his wife Lina and daughter Minah and attacked Lina with an axe (pictured), delivering blows to her head

Minah was stabbed in the back with the axe as she tried to protect her mother, the lawyer told the court. Safi had shouted ‘I want to kill you,’ at the pair.

He had previously admitted intending to cause Lina serious harm and biting his daughter but had denied attempted murder.

‘This was a shocking incident, an execution you had planned to carry out,’ she said. 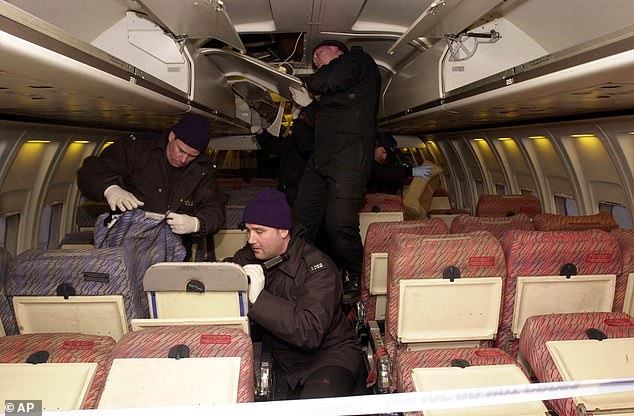 Safi was granted asylum in the UK despite the three-day siege. Pictured: Police forensic officers inspect the interior of the Ariana Airlines Boeing 727 that was held at London’s Stansted Airport by Afghan hijackers in 2000

Safi has two sexual assault convictions for groping passengers when he worked as a taxi driver in 2016. He also has a caution for assaulting his estranged wife in 2014. Safi was jailed for a minimum of 18 years for the attempted murder and 28 months for biting his daughter, to run concurrently.

Safi and eight accomplices held 156 passengers and crew hostage for three days after landing at Stansted in February 2000, claiming they did so to escape a Taliban death squad.

The eight hijackers were jailed for five years but the convictions were quashed in 2003 when the court of appeal found the trial judge had made errors when summing up.

Wear Your Heart on Your Hand With These 10 Initial Rings