Airbnb’s billionaire co-founder Brian Chesky is lampooned for listing his spare room in a publicity stunt, but having NO AVAILABILITY for years and whacking on a $243 cleaning fee

Airbnb’s co-founder Brian Chesky has been mocked for listing his spare room in a publicity stunt for the site, but then apparently not offering any available dates to join him in his San Francisco home.

Chesky, who is worth an estimated $8 billion, listed his ‘thoughtfully designed suite’ as part of a promotion to encourage more people to rent out their spare rooms on the platform to earn extra cash amid a cost-of-living crisis.

Guests, he said, would receive cookies on arrival, lashings of pour-over coffee, access to a shared bathroom, kitchen and living room, and the chance to join the tech titan in the gym and play with his 16-month old golden retriever, Sophie.

But, there’s a catch — there’s no availability.

Though the listing — Beyond the airbed — is live, anyone seeking to reserve a night quickly discovers that there are no slots to reserve for any date from now up until the end of October 2024.

Chesky’s rental is ‘a thoughtfully designed suite featuring personal photos and artifacts from the early days of Airbnb,’ overlooking the Castro neighborhood of San Francisco, says the host 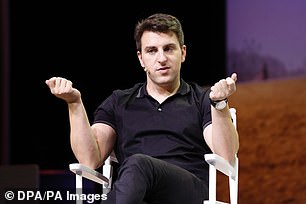 Brian Chesky speaks at an Airbnb meet for entrepreneurs in 2016

Would-be guests took to social media to point out that Chesky’s spare room, which is tastefully decorated with memorabilia from the 15-year-old company he co-founded, was not as available as its listing suggested.

‘Those who got a slot can sell it on ebay?’ quipped another user, named Ayush Jaiswal.

Another user, who goes by the name Priyansha, said she was ‘aggressively refreshing till the next few dates open up.’

Another user said he ‘tried to book’ but complained about discovering there was a ‘$237 cleaning fee’ for a half-day rental. Chesky, who became one of Airbnb’s first hosts with co-founder Joe Gebbia in 2007, replied to the naysayers on social media, saying that the listing was genuine, but his available dates had ‘booked out’ before even the listing went live.

‘I had some weekends available in January, February and March,’ Chesky insisted.

In his listing, Chesky harks back to the original Airbnb rental, when he ‘blew up some air mattresses and welcomed three guests’.

The air mattresses have gone, he adds. The current rental is ‘a thoughtfully designed suite featuring personal photos and artifacts from the early days of Airbnb,’ overlooking the Castro neighborhood.

‘You’ll spend time with me and Sophie, my golden retriever, as I share stories from the early days,’ he wrote.

The listing comes as part of the company’s winter promotion, after it recorded a ‘disproportionate’ 31 percent rise in single-room listings on its platform in the third quarter, as more people sought extra income in the face of a cost-of-living crisis. 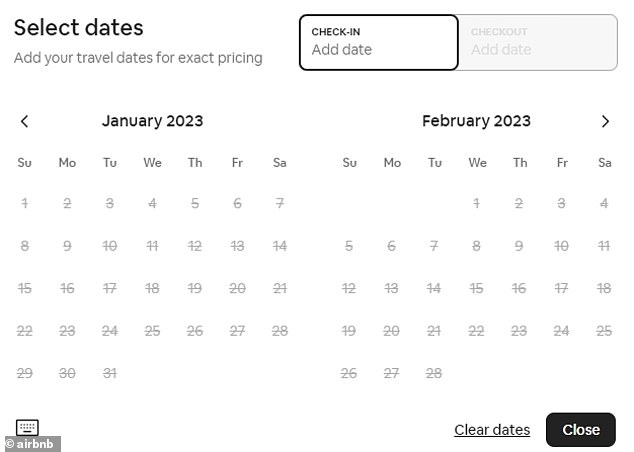 Month after month of Chesky’s Airbnb listing, Beyond the airbed, shows no availability, earning the buff tech titan complaints on social media

The company said property listings rose across regions, without disclosing specific numbers, and to aid the growth, it unveiled an app update last week to make the process easier.

‘We have seen a lot of people being more interested than even before in hosting to defray their cost of living,’ said Chesky said, as high inflation due to the Ukraine war puts fragile household budgets under pressure.

About 46 percent of hosts on Airbnb said they used the extra money from renting out properties to pay for food and other items, while one in 10 said it helped them avoid eviction or foreclosure, the company said, citing a survey.

Some popular tourist destinations have, however, blamed the company for aggravating housing shortages, as landlords increasingly rent out properties to vacationers amid a surge in travel, rather than going for long-term tenants.

Airbnb co-founder Nathan Blecharczyk, in an interview with Reuters, blamed rising interest rates for creating a shortage of new homes, adding it has also been tough for the industry to adapt to buyers increasingly looking for homes outside big cities.

Meanwhile, the company said longer guest stays due to remote working will continue to boost results, as travel demand shows no signs of easing despite economic headwinds.

It is also expanding its ‘categories’ feature, which will allow users to book vacations without entering a destination. 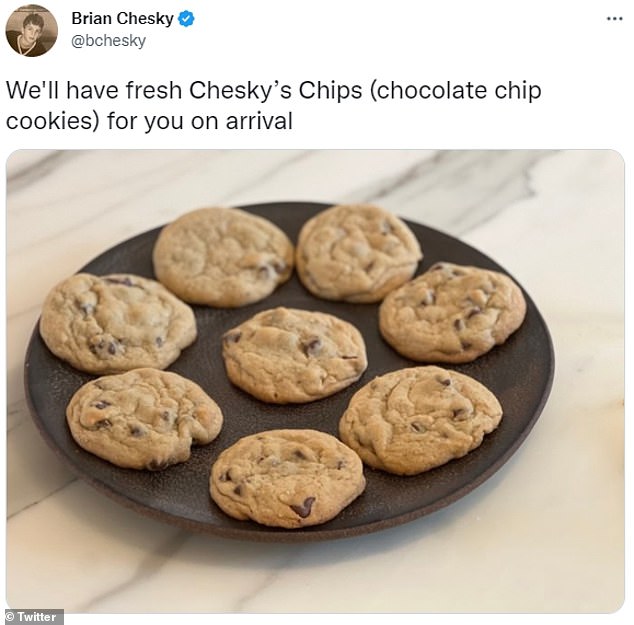 Chesky promised guests cookies on arrival, lashings of pour-over coffee, access to a shared bathroom, kitchen and living room, and the chance to join the tech titan in the gym and play with his 16-month old golden retriever, Sophie 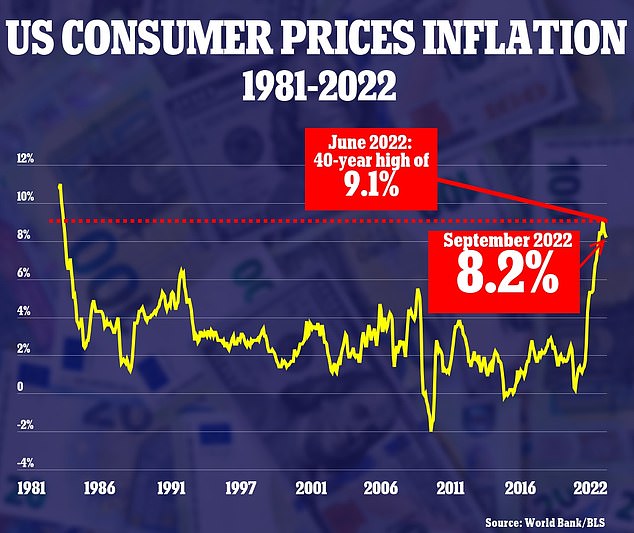 While inflation is down slightly from a 40-year-high in June of 9.1 percent, the 8.2 percent is still higher than at any point in the previous four decades

Who could be the BBC's next political editor after Laura Kuenssberg?

Gen Z designers made it big on this app. Now they’re graduating.

Ariana Grande's Sexy New Song, "God Is a Woman," Will Be Your New Summer Anthem