The US has admitted it is ‘increasingly concerned’ over Moscow’s nuclear sabre-rattling after it emerged top Russian military officials discussed nuking Ukraine.

The New York Times report, which cited unnamed US officials, said Russian President Vladimir Putin did not take part in the discussions, and there was no indication that the Russian military had decided to deploy the weapons.

White House national security spokesman John Kirby said: ‘We have grown increasingly concerned about the potential as these months have gone on.’

Kirby did not confirm the report that said high-level Russian military officials recently discussed when and how they might use tactical nuclear weapons on the battlefield.

But Kirby said any comments on the use of nuclear weapons by Russia are ‘deeply concerning,’ and said the US takes them seriously.

He pointed to recent Putin comments talking about nuclear weapons and referencing the bombs US forces dropped on the Japanese cities Hiroshima and Nagasaki near the end of World War II. 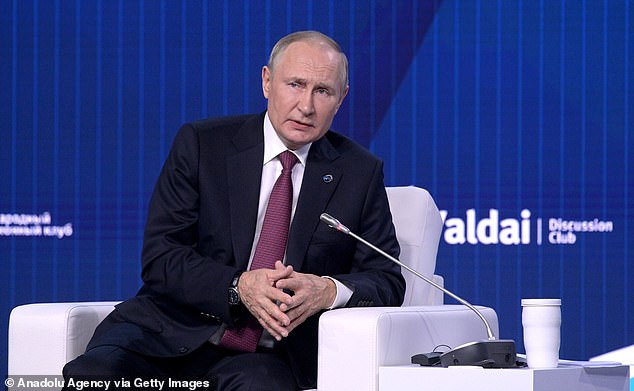 The New York Times report, which cited unnamed US officials, said Russian President Vladimir Putin did not take part in the discussions, and there was no indication that the Russian military had decided to deploy the weapons 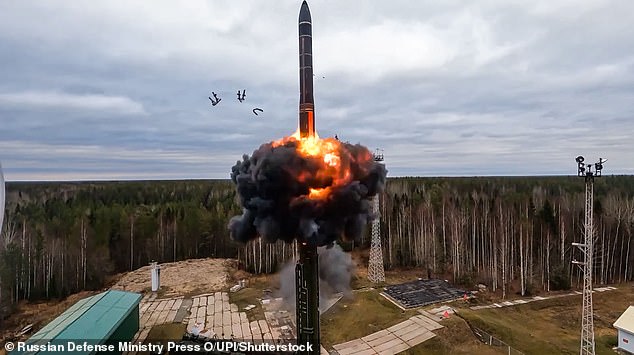 He pointed to recent Putin comments talking about nuclear weapons and referencing the bombs US forces dropped on the Japanese cities Hiroshima and Nagasaki near the end of World War II. Pictured: A Russian nuclear missile is fired during testing drills last week

‘We take note of that,’ Kirby said.

‘It increasingly is unsettling in terms of the degree to which he feels he has to continue to stretch to prosecute this war,’ he said.

At the same time, Kirby reiterated, Washington sees no indications that Russia is making preparations to use nuclear weapons, adding that US intelligence does not necessarily see or know everything.

The US has been warning Moscow for weeks over public comments from top Russian officials that they could use nuclear weapons in Ukraine in certain cases, particularly if they felt there was a threat to Russian territorial integrity.

Medvedev said on Tuesday that Ukraine’s objective to reclaim all its territories occupied by Russia, which include the Donbas region and Crimea, would be a ‘threat to the existence of our state.’

That, Medvedev said, would be ‘a direct reason’ to invoke nuclear deterrence. 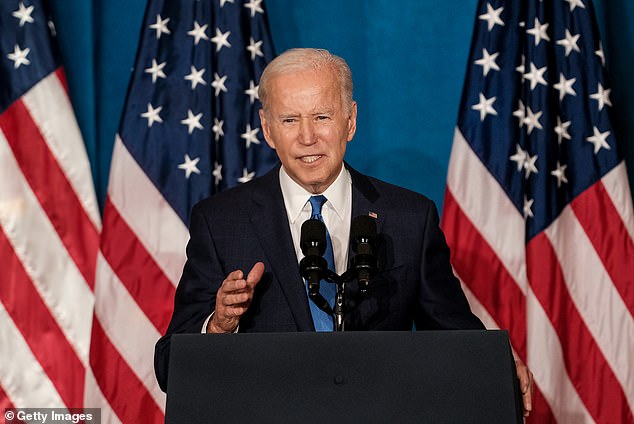 However, early Wednesday Putin’s spokesman Dmitry Peskov said that Western media was ‘deliberately pumping up the topic of the use of nuclear weapons.’

Moscow does ‘not have the slightest intention to take part in this,’ he said, calling the Times report ‘very irresponsible.’

EU foreign policy chief Josep Borrell warned on October 13 that Russian forces would be ‘annihilated’ by the West if Putin uses nuclear weapons against Ukraine.

Russia’s nuclear stockpile, the largest in the world, consists of ‘tactical’, lower-yield bombs and strategic weapons that can annihilate cities and population centres.

Its tactical nukes, with a yield of between ten and 100 kilotons, are designed for use on the battlefield in contested territory.

In comparison, the atomic bomb dropped on Hiroshima in 1945 was approximately 18 kilotons. 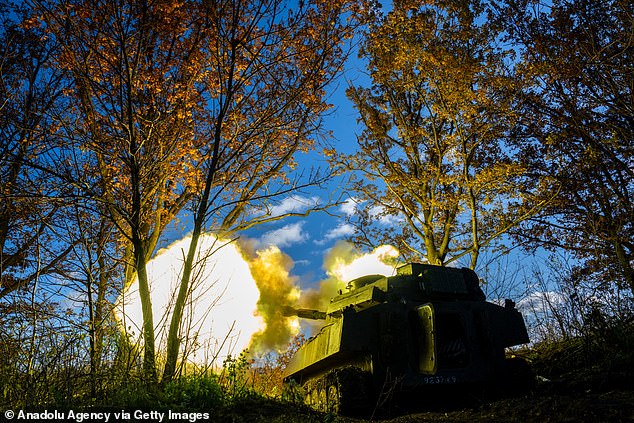 Ukrainian servicemen fire artillery from a self-propelled howitzer toward Russian positions near Bakhmut, Ukraine, on Tuesday 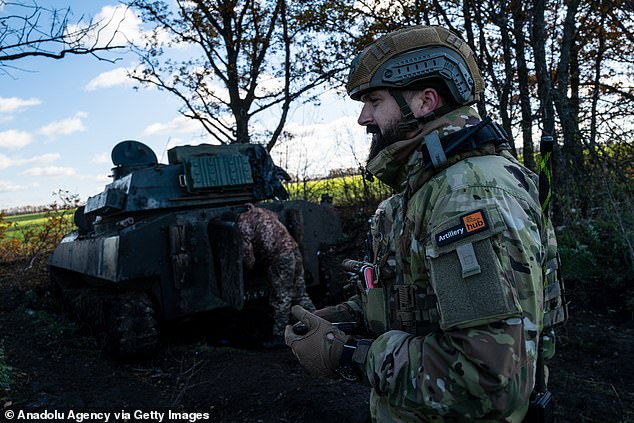 Last week, Putin spoke at length about nuclear weapons, having threatened the West several times with an atomic strike – sparking fears he may also use one in Ukraine.

The despot denied he has any plans to use one on his neighbour, saying there is ‘no political or military justification’ for doing so.

But he also referred back to Russia’s nuclear doctrine which allows them to be used in the event the country is threatened which – at least according to the Kremlin – now includes occupied parts of Ukraine.

Fears of escalation have been building as the war in Ukraine grinds into its ninth month, with Kyiv on the front foot and Putin nowhere near achieving his aims.

Though the official purpose of the invasion remains the ‘liberation’ of the eastern Donbas region, according to Putin, in reality his troops have stopped advancing almost everywhere besides the town of Bakhmut, in Donetsk.

Meanwhile they are being pushed back in the northern Kharkiv region and southern region of Kherson – the latter of which Putin has declared to be part of Russia.

That has sparked fears he could resort to nukes, after he said he would use ‘all available means’ to defend the territory.

It comes after Moscow alleged that Ukraine is preparing to detonate a so-called ‘dirty bomb’ on its territory, meaning a conventional explosive laced with radioactive material to cause contamination.

Kyiv said accusations it would use such tactics on its own territory are absurd, but that Russia might be planning such actions itself to blame Ukraine.

The UN’s atomic watchdog has been dispatched to two areas of Ukraine where Putin alleges the bomb is being prepared – at Kyiv’s insistence – as President Volodymyr Zelensky and his allies dismiss the claims as fiction.

Instead, they said Russia may be preparing the ground to use one of its own nukes as a pretext for escalating the conflict.

US President Joe Biden, asked about Putin’s assertion he would never use nukes in Ukraine, responded last week: ‘Why does he keep talking about it?

‘Why is he talking about the ability to use a tactical nuclear weapon? He’s been very dangerous in how he’s approached this and he should just get out.

‘He can end this all, get out of Ukraine.’

Game of Thrones: 5 musicians to cameo in HBO series – did you spot them?

Hannah B. Is Going Full Beast Mode In These New ‘Bachelorette’ Promos