Alex Jones is ordered to pay $45.2 MILLION in punitive damages to one Sandy Hook family a day after he was hit with $4.1million charge: Now faces two further defamation trials

Conspiracy theorist Alex Jones has been ordered to pay $45.2 million in punitive damages to the family of slain 6-year-old Jesse Lewis, one of the 26 people were shot dead in the Sandy Hook massacre.

That’s in addition to the $4 million in compensatory damages the InfoWars host was ordered to pay yesterday to parents Neil Heslin and Scarlett Lewis.

In his closing statement, the lawyer for the victims’ families said: ‘Alex Jones is worth almost $270 million that we know of. Please take an amount that punishes him, and an amount that ensures he never does this again.’

This is the first of three trials that Jones will face in relation to his claims that the 2012 Sandy Hook school shooting was a hoax. Last year, he was found guilty of defaming the families of the victims.

Two others are set for September, one in Texas and one in Connecticut, where the shooting took place. A total of eight families will be represented in the Connecticut trial.

Following Thursday’s verdict of $4 million in damages, Jones bizarrely invited the Lewis family to appear on his show ‘to discuss feelings about how the trial unfolded.’

For years Jones claimed on his InfoWars platform that the shooting in Newton was a ‘false flag’ operation perpetrated by the US government to further gun control. 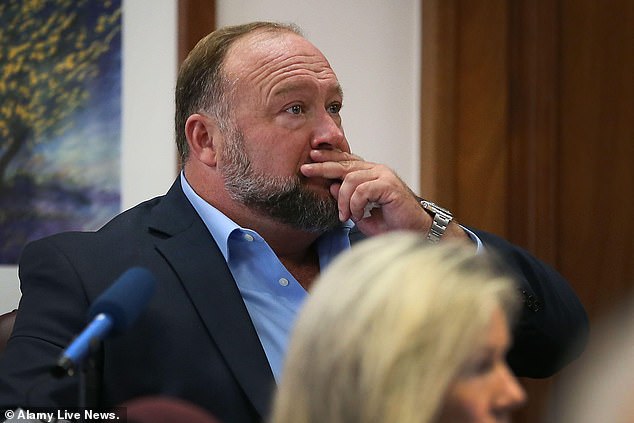 Alex JONES attempts to answer questions about his text messages asked by Mark Bankston (not shown), lawyer for Neil Heslin and Scarlett Lewis, during trial at the Travis County Courthouse Wednesday Aug. 3, 2022 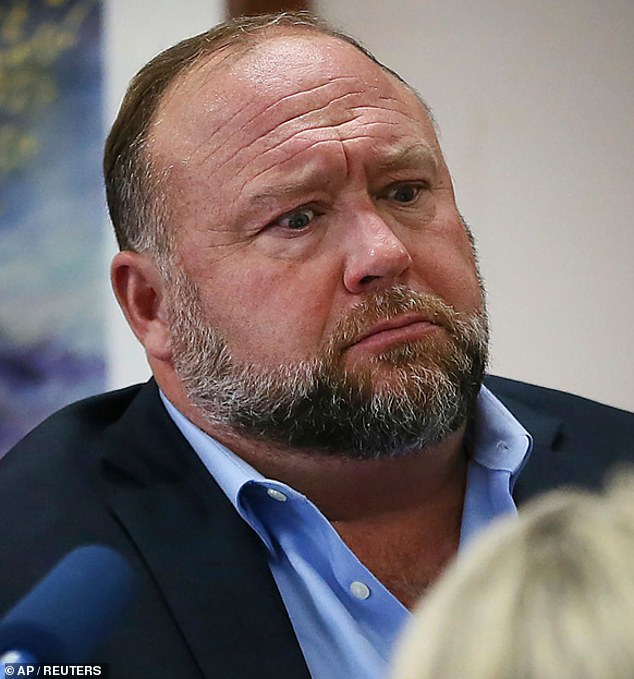 An attorney for Jones, Federico Andino Reynal, asked jurors to return a verdict of $270,000 based on the number of hours Infowars devoted to Sandy Hook coverage 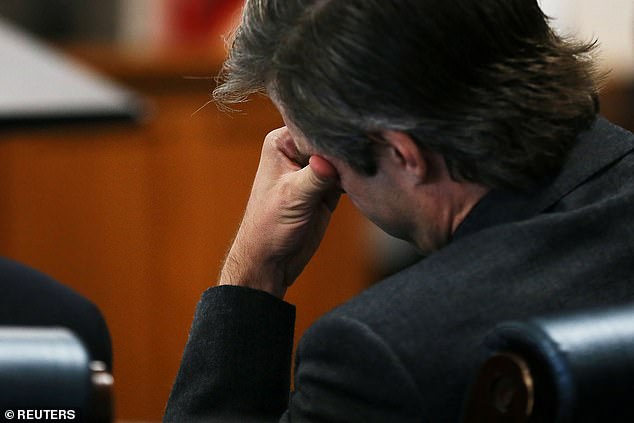 Jones’ lawyer Federico Andino Reynal asked jurors for the fine to be $270,000

‘We ask that you send a very, very simple message, and that is: stop Alex Jones. Stop the monetization of misinformation and lies,’ Wesley Todd Ball, a lawyer for the parents, told jurors before they began deliberations.

An attorney for Jones, Federico Andino Reynal, asked jurors to return a verdict of $270,000 based on the number of hours Infowars devoted to Sandy Hook coverage.

The 12-person jury on Thursday said Jones must pay the parents $4.1 million in compensatory damages for spreading conspiracy theories about the massacre. That verdict followed a two-week trial in Austin, Texas, where Jones’ radio show and webcast Infowars are based. 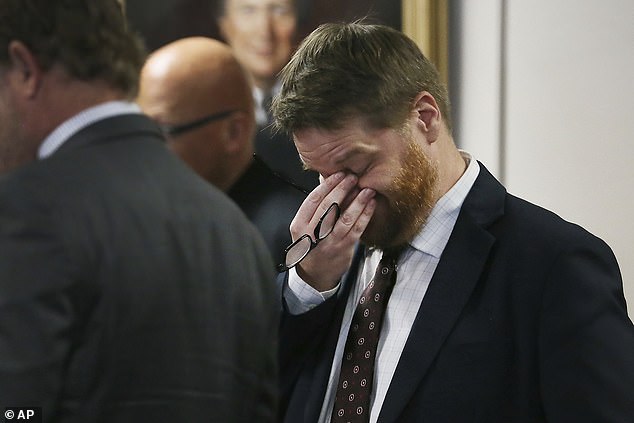 Earlier on Friday, forensic economist Bernard Pettingill testified on behalf of Lewis’ parents that Jones ‘promulgated some hate speech and some misinformation’ and ‘made a lot of money.’

Jones and Infowars are worth between $135 million and $270 million combined, Pettingill said.

Neil Heslin and Scarlett Lewis testified that Jones’ followers harassed them for years in the false belief that the parents lied about their son’s death.

Jones sought to distance himself from the conspiracy theories during his testimony, apologizing to the parents and acknowledging that Sandy Hook was ‘100% real.’

Jones’ company, Free Speech Systems LLC, declared bankruptcy last week. Jones said during a Monday broadcast that the filing will help the company stay on the air while it appeals.

The bankruptcy declaration paused a similar defamation suit by Sandy Hook parents in Connecticut where, as in Texas, he has already been found liable.