The late Anthony Bourdain took part in a ‘death ritual’ while filming the season 11 finale of Parts Unknown, which aired on CNN on Sunday.

Bourdain filmed the final installment of the series across Bhutan in South Asia, with friend and director Darren Aronofsky as his guest in the episode, before taking his own life on June 8 in his hotel room in France, where he was filming another episode of his show.

‘It seems ironic now that on our last day of shooting we performed a Bhutanese death ritual,’ Aronofsky wrote in an article reflecting on the shoot, for CNN.

‘His death is incomprehensible. I don’t know how to process him being gone.’ 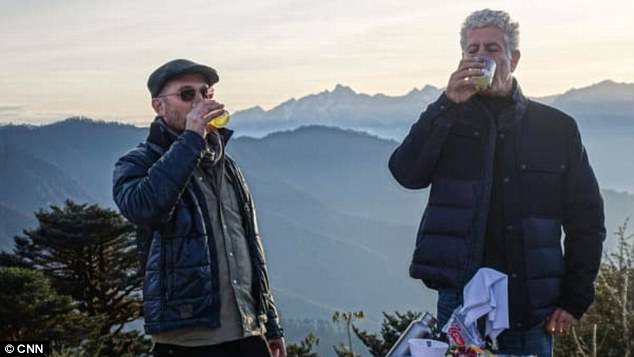 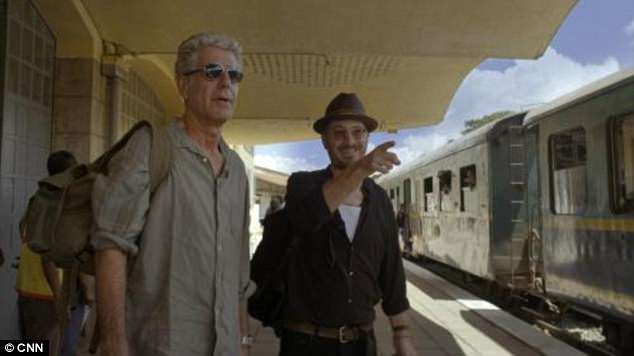 In Bhutan, when someone dies, mourners grieve through an elaborate 49-day-long process that involves many carefully orchestrated rituals, according to BBC columnist and NPR alum Eric Wiener.

Days specifically marked for ritual and flying of prayer flags in memory of the deceased include the 7th, 14th, 21st and 49th days after death, according to a Bhutanese travel advice site.

‘Normally, the dead bodies are cremated, but some community in Southern Bhutan bury, while Brokpas of eastern Bhutan prefer to chop off the dead body and feed the vultures,’ the site read.

‘On every death anniversary of the deceased person, a lot of rituals are performed. Family members, relatives and people offer rice, alcohol and other items while attending such ceremonies.’ 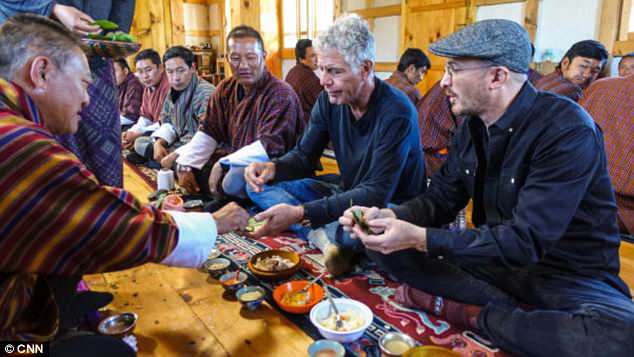 The culture does not shy away from the topic of death, not even when it comes to broaching it with children.

In between eating their way through the capital of Thimpu and dining with traditional yak herders in the Himalayas, Bourdain and Aronofsky shot a scene with a man who shared insight into the country’s predominant religion of Bhutanese Buddhism.

The message of its teachings, the man said, is to remember that, ‘time and again, not to take things too seriously.’

Bourdain responded with his own take on that philosophy, saying, ‘Life is but a dream.’

As the scene changes to show the stunning landscape of the region’s mountain ranges, Bourdain narrates:

‘It is considered enlightening and therapeutic to think about death for a few minutes a day.’ 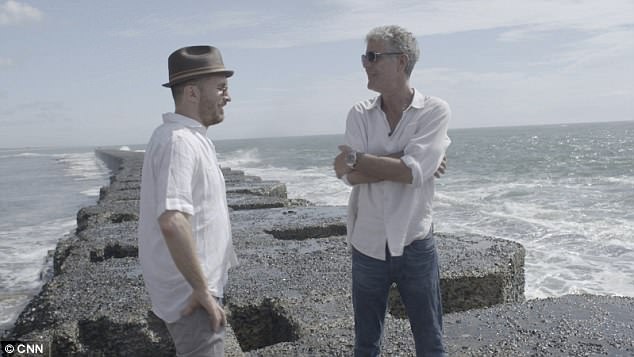 Aronofsky and Bourdain are seen here in Madagascar in 2015, which is the trip where they first met in person after connecting on social media in 2014

Aronofsky and Bourdain first spent time together in Madagascar in 2015, which is the trip where they met in person after connecting on social media in 2014.

Aronofsky wrote, ‘Bhutan was where I really got to know Tony,’ as he shared more about what happened, both on and off camera during his time with Bourdain, in the write-up.

He described a man to whom words came easily, though he was shy at first. Noting Bourdain was never vain, this travel companion marveled at how effortlessly the famous chef would show up to work in the perfect wardrobe, and thoughtlessly execute a flawless performance, every time.

He recalled Bourdain posing the question, ‘Don’t we all want flat screen TV’s?’

The Black Swan director described this as, ‘Hard truths spinning in the smoke of incense in one of the most perfect spots nature has to offer,’ before positing the rhetorical question, ‘Isn’t that what we expect from Tony?’

Aronofsky also shared that while he was recently single at the time of filming of the episode, Bourdain ‘was deeply in love, a combination that made for conversations late into the night.’

His girlfriend, Italian actor and singer Asia Argento, has been publicly mourning the loss of her lover over social media. 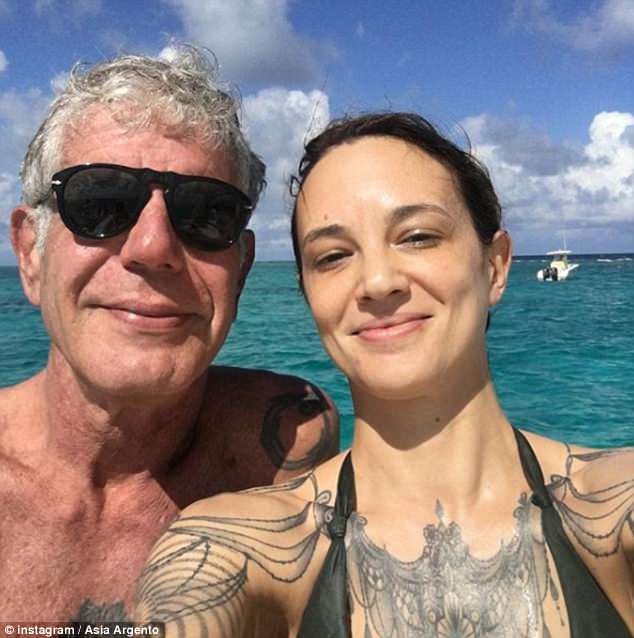 Italian actress and singer Asia Argento, has been publicly mourning the loss of her lover over social media, sharing this photo on Friday and writing, ‘Two weeks without you’

On Friday, the day before taking the stage with Indochine to perform the song ‘Gloria’ at the Zenith du Grand Nancy concert hall in France, Argento shared a photo to Instagram of her and Bourdain posing with smiles in front of bright sky and blue water.

‘Two weeks without you,’ she captioned the picture.

Near the end of the article, Aronofsky shared a sweet sentiment and a sort of goodbye to his famous friend.

‘Tony, your journeys to parts unknown will always inspire,’ he wrote.

‘Your shows bring the world closer together, not by making easy similarities but by revealing how unique we all are.’

The Bhutan episode of Parts Unknown that aired on Sunday was the first released since Bourdain’s death, and was initially shot for season 12.

It’s not yet known whether CNN will released the remaining episodes.

For confidential support in the US, call the National Suicide Prevention Lifeline at 1-800-273-8255 or click here.

For confidential support on suicide matters in the UK, call the Samaritans on 08457 90 90 90, visit a local Samaritans branch or click here.

For confidential support in Australia, please call Lifeline on 13 11 14 or click here.