Terrorists seeking to cause carnage at the Queen’s funeral will struggle to penetrate the ‘ring of steel’ around London, with the biggest threat to Her Majesty’s send-off instead coming from anti-royalist ‘idiots’, a famed special forces veteran has said.

Chris Ryan, who spent a decade in Britain’s elite SAS before becoming a best-selling author, said the operation to secure the capital ahead of the monarch’s state funeral on Monday would be ‘unprecedented’.

Speaking exclusively to MailOnline, Chris – who is best known as the only surviving member of a special forces unit to escape from a famously ill-fated mission during the Gulf War, later writing a book about the experience – said: ‘It is one of the biggest operations that we will see in our lifetime.

‘It’s unprecedented in terms of the scale and spotlight. London will be under scrutiny from the rest of the world.’ 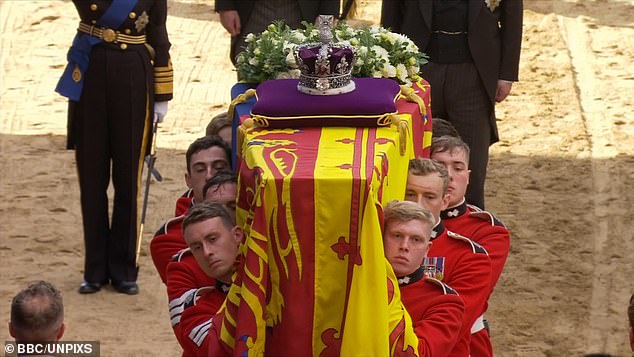 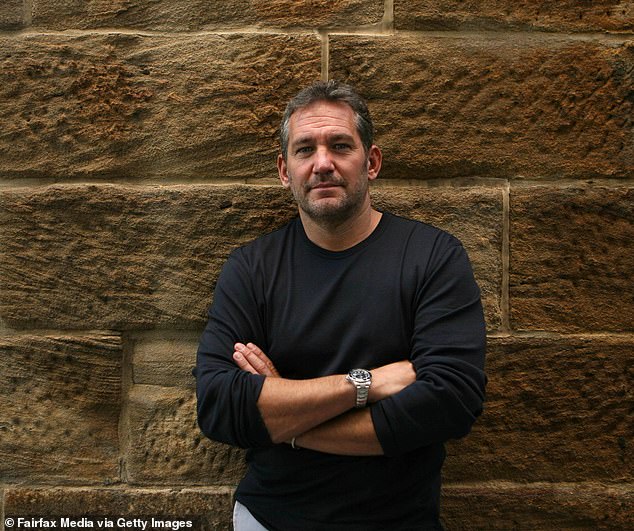 Chris Ryan, who served in the SAS for a decade, fears the biggest threat to the Queen’s funeral on Monday will come from anti-royalist ‘idiots’ seeking to disrupt the historic event. 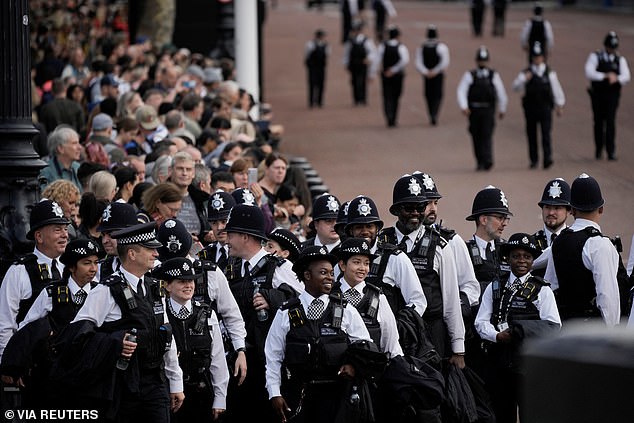 About 10,000 police officers will be involved with the funeral on Monday, with scores of officers patrolling around Buckingham Palace on Wednesday afternoon.

Security chiefs expect millions of mourners to flock to London for Monday’s spectacle, which experts predict could be watched on TV by a staggering 4.1 billion people worldwide.

Among those invited to the historic occasion include heads of state, prime ministers and presidents – as well as European royals – who are due to attend a service in Westminster Abbey.

However, despite the security headache caused by the attendance of so many world leaders, Chris, feared the biggest threat would come not from terrorists but anti-royalists seeking to hijack proceedings.

The former elite soldier felt it would be impossible for a terror attack to take place, insisting that security services would have ‘all arcs covered’.

‘I would be very surprised [by a terror attack] but then you have got to think of not just terrorists but these idiots who are anti-royalists,’ added the 61-year-old. ‘A lot of people with an axe to grind know the eyes of the world are on them and might want to do something.’

Specialist police teams and intelligence officers are understood to have cancelled holiday leave as part of a massive, cross-agency security task for the Queen’s funeral.

It is the first time special forces teams including SAS units are expected to be pre-deployed to bases in London on a heightened state of alert in case of any potential attacks.

On Friday police snipers were spotted on the roof of Buckingham Palace with guns trained on the crowds as King Charles greeted people outside after returning from Balmoral. 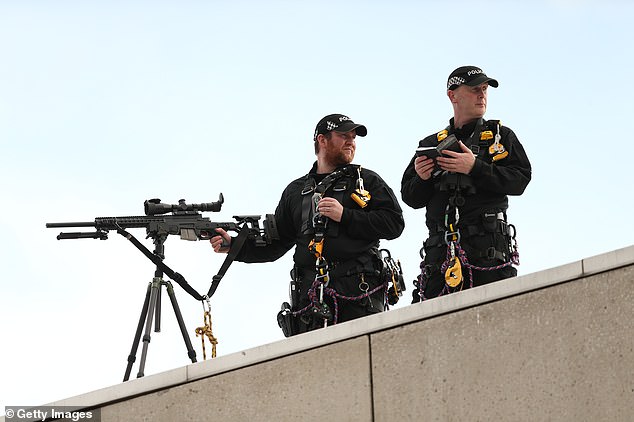 Police snipers will be on rooftops across London during the Queen’s funeral. Here they are pictured in Edinburgh on Monday as the Queen’s coffin travelled from Balmoral.

Around 10,000 police officers will be on duty every day in the lead up to the funeral.

An additional 1,500 soldiers have been called in to marshal the huge queues of people winding through the city to see the Queen’s coffin in Westminster Hall.

Speaking earlier this week, former Met Police chief superintendent Parm Sandhu warned crowds gathering in London for Her Majesty’s funeral could be a ‘target for terrorists’.

She told BBC Radio 4’s World At One programme today: ‘London could potentially be full. We are expecting to have people queuing for 12, 15 hours at a time just to file past the coffin, which is a real concern because crowds attract criminals’.

She said it could be busier than it was for the 2012 Olympic Games or for the funerals of the Queen Mother and Diana, Princess of Wales.

‘I don’t ever remember London expecting to be full in this way, even with the Olympics,’ she said. 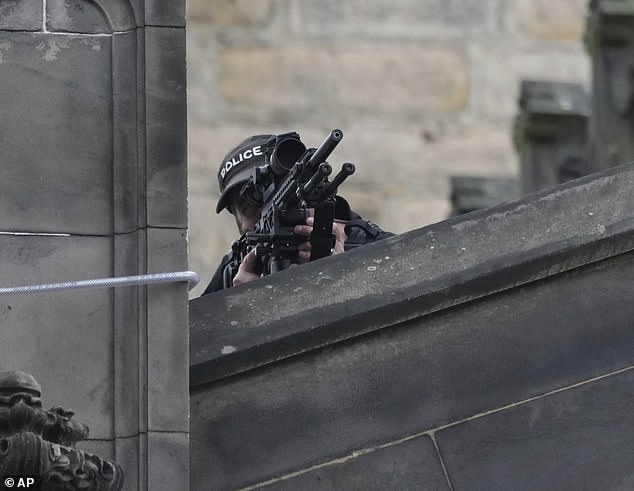 A police sniper is pictured prior to the arrival of the hearse carrying the coffin of Queen Elizabeth II at St Giles Cathedral, on the Royal Mile, in Edinburgh today

Mr Ryan added: ‘It is going to be a huge challenge. The footfall is horrendous. The city has a good chance of being gridlocked, with millions of people trying to enter it.’

Speaking to MailOnline, the elite soldier also paid tribute to Her Majesty, hailing the Queen as ‘one of a kind’.

‘She was probably the best head of state we have ever had, and she will be dearly missed. She is one of a kind,’ said Mr Ryan.

‘When the news came out that the Queen had passed away, I had 15 texts from various people in the regiment who were all in disbelief that she had died.

These were hardened SAS soldiers and all of them were broken.’