Home » World News » Anyone taking on the ‘cosmetic cowboys’ should take care, as I discovered

Three days after 60 Minutes exposed the dark underbelly of the cosmetic surgery industry earlier this year, health department officials arrived unannounced to inspect my consulting rooms and the hospital where I operated. They wanted to know why I was performing surgery during COVID lockdowns, which was a criminal offence.

As their mandatory records would have clearly shown, no “category 3” or elective surgery had been performed at the entire Epworth Hospital for seven months. And yet here they were, following a handwritten anonymous “tip-off” on weathered Spirax note paper. This allegation, and the claim that I was operating inside the lockdown, was easily refuted, as no elective surgery was performed across the hospital during that period. 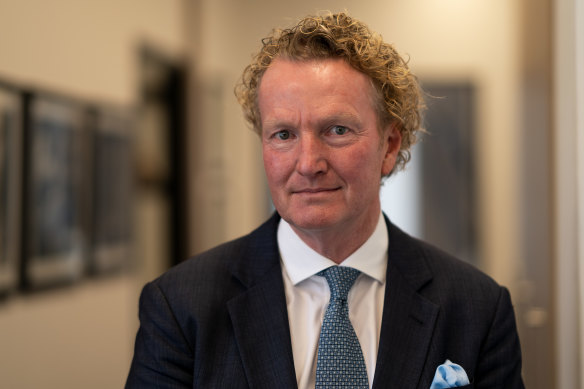 Professor Ashton is Professor of Surgery and Anatomy at the University of Melbourne and past president of the Australian Society of Plastic Surgeons.Credit:Andy Ware

Documentation was produced, and the allegation quickly exposed as false and unfounded. But this event raises a more worrying and sinister undertone, and points to the depths the cosmetic industry will delve to protect their business models. Anyone taking on this industry should take care.

Last year on the Four Corners program “Cosmetic Cowboys” I said that those involved were the “tip of the iceberg”.

By this, I meant I knew of many other practitioners with only a basic or Australian Health Practitioner Regulation Authority (AHPRA) general medical qualification – and no formally accredited surgical training – performing cosmetic surgery on an unsuspecting and largely medically illiterate public, with equally poor outcomes.

These patients falsely believed that the person operating upon them was a fully trained surgeon and had undergone accredited surgical training. I know this because, every week, I see three, or four, or five patients who have been maimed and harmed by these individuals. They exploit a loophole in the regulations that allows anyone with a basic medical degree to call themselves a “cosmetic surgeon”.

All surgery entails risk. Cosmetic surgery is no different. The only way to mitigate, but not eliminate this risk is to ensure that the person who is about to operate upon a patient is properly trained and is actually a “surgeon”.

The scientific literature is clear that the two key individual or surgeon components directly influencing surgical risk are the training an individual surgeon has received, and the number of operations he or she has performed. Complication rates are lowest in well-trained surgeons performing a large volume of similar surgical procedures – the “10,000 hours rule” applied to surgery. The riskiest scenario is a medical practitioner with little or no training embarking upon surgery in the infancy of their career, with no supervision. And yet, this is exactly what is currently happening in cosmetic surgery in Australia.

Drawn by the opportunity to make eye-watering amounts of money, with no additional training, these new medical graduates are flocking to cosmetic surgery and medicine in unheralded numbers. Under the camouflage of elaborate and inadequately policed social media websites they prey on the young and naive. And when things go wrong, as they often do, they simply call a taxi, or ambulance, and discharge the patient who entrusted them with their life into the nearest emergency department.

How has it come to this?

In Australia, the only independent body formally accrediting medical training programs is the Australian Medical Council (AMC). As would be expected, this body not only meticulously scrutinises medical training – the ability to perform a medical procedure and the care and ethics associated with the provision of that care – it also assesses “audit” and “continuing professional development”.

The AMC accredits dentistry, obstetrics and gynaecology, medicine, surgery, and many other training programs to a national predetermined standard. It would make sense that as a prerequisite, any medical practitioner undertaking surgery in Australia must be accredited by the AMC. This formal accreditation would serve as a benchmark and would provide a guarantee as to the level of training a particular individual has attained. We already require this of all our surgeons operating in the public hospitals of Australia, but not in private. I don’t understand why not.

The regulation of the cosmetic surgery industry in Australia is broken. People are being hurt. The episodes of substandard care documented on the Four Corners and 60 Minutes programs are only a small snapshot of what is occurring on a much wider and nationwide scale.

An independent, objective investigation into cosmetic surgery is urgently required. This investigation must have the power to force the disclosure of critical documents that will almost certainly be withheld, and as the inspection of my rooms highlights, the capacity to provide legal protection to the nurses, doctors and patients who bravely come forward to testify. This inquiry will take time.

In the interim, a national requirement that all practitioners performing surgery must have received training to the AMC standard, in the surgery that they are performing, would be a logical first step.

Shawn Mendes Opens Up About Learning From Camila Cabello's Body Confidence: 'It Really Changed My Life'

Get ready for the day with your horoscope for Saturday, January 8, 2022