An accused double murderer has been released on bail due to flaws in the prosecution’s case, which relies on DNA to allege he killed two Melbourne siblings more than 30 years ago.

Glen William Nash is facing trial over the murder of Doris McCartney, 71, and her brother, Ronald Swann, 69, between October 21 and 22, 1989. Their bodies were found in the Moorabbin home they shared. 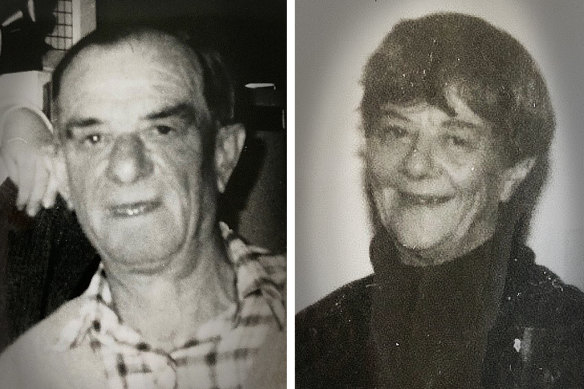 Ronald Swann and Doris McCartney were found dead in their Moorabbin home in 1989.

Nash was arrested and charged with murder in April 2021 after a cold case review tied his DNA to the crime scene.

However, Victoria’s Supreme Court on Monday heard Nash has applied for the case to be discontinued due to issues around admissibility of his DNA sample.

He claimed there were continuity and secondary transfer issues with the sample and alleged there were two viable alternative suspects in the case, one of whom has since died.

Nash’s bail application was not opposed by the prosecution, which is seeking another three months to conduct further DNA testing, the court heard.

Justice Jane Dixon agreed to grant Nash bail due to “flaws” in the prosecution case, which relies heavily on DNA evidence.

“There are a number of aspects of the prosecution case which will prove challenging for the Crown – bearing in mind the burden on the Crown to establish guilt beyond a reasonable doubt,” she said.

“I do not find it surprising that the defence has applied for discontinuance of the proceedings.”

The court heard the prosecution was giving “careful consideration” to the application to discontinue the matter and that if a trial was to proceed, it would not begin until 2023.

Nash has been held in custody since his arrest last year and has suffered a number of health issues, including prostate cancer.

His former partner has provided a $50,000 surety to secure his release on bail. He must not leave the state or country while on bail and has had to surrender his passport.

Nash will next face court in December.

Five-0 Series Finale 'Part 1' Recap: Is Steve Capable of Being 'Done'? And What'd You Think of Lincoln Cole?

How Biden has changed the Oval Office so far