Riding the crime wave: America’s first African surf store is robbed with thief stuffing board through his sunroof after shattering shop window with a crowbar

A thief in California was recorded smashing the window of a surf shop and stealing surfboards that he then loaded into his BMW and left one poking bizarrely through the sunroof.

The outlandish heist occurred in Los Angeles’ Venice Beach neighborhood at African surf shop Mami Wata when the thief shattered the window of the store with a crowbar and proceeded to leap inside and loot the business.

The incident was caught on video and posted to Instagram where the robber is seen going back and forth between the store and his car that had the trunk open.

The person taking the video tries to capture the man’s license plate at one point but the plate is clearly a novelty fake that reads ‘Los Angeles’ instead of an a real license plate number. 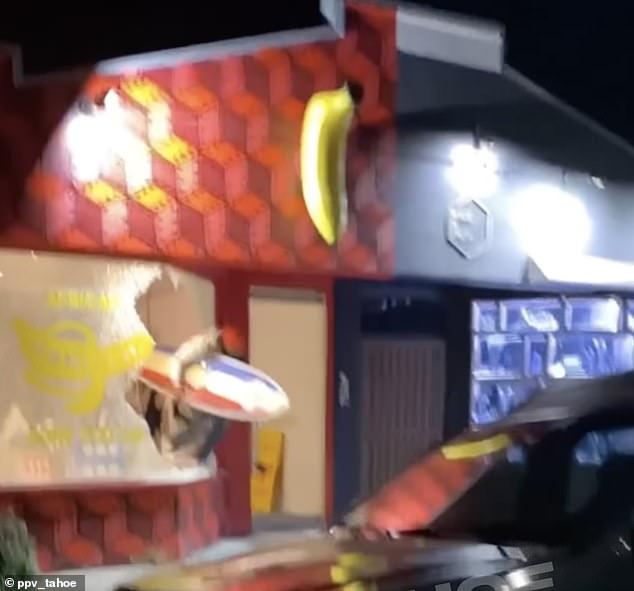 The video taken by a bystander captures the thief, dressed in a red hat and grey hoodie, leaping from the smashed store window with a surfboard 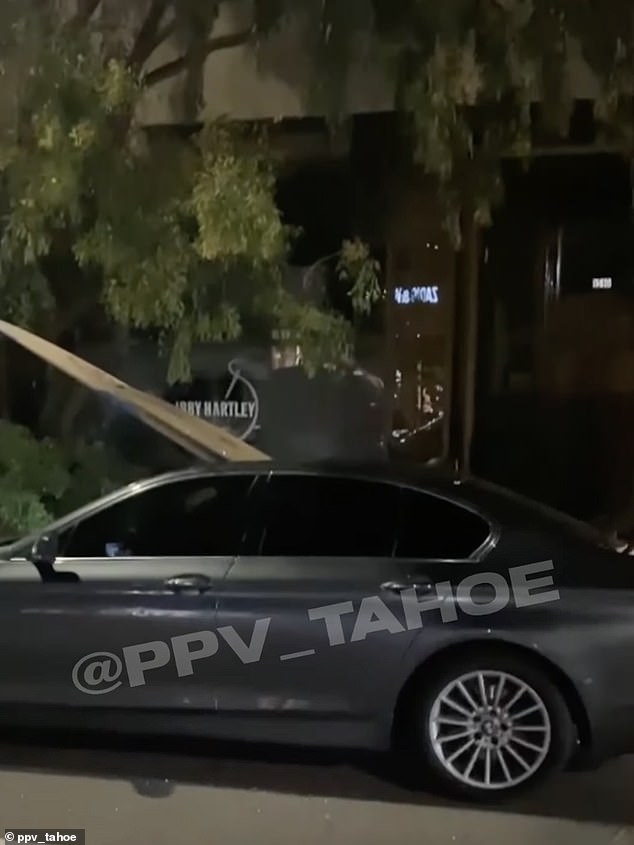 The robber had already loaded one surfboard into his BMW but may have found it didn’t fit, so he peculiarly left it poking through the sunroof

As the videographer goes closer to where the robbery is taking place, the burglar aggressively tells him ‘Don’t touch my car,’ while the person behind the camera chuckles and says ‘How you doing, bro?’

The thief smashed the front window of the store and is seen jumping out of the storefront with a red, white and blue surfboard before menacing the cameraman.

The store has a variety of wares, including t-shirts that are priced at $70 and pricey surfboards that go for a minimum of $1,800, which may explain why the thief targeted the store.

According to LAPD data, burglaries in the city are up 14.9% since last year, marking a distinct increase in crimes against store owners.

Usually, surfboards can be found in the range of $400-$600 from other stores, but the intricate designs and quality of Mami Wata’s boards puffs up the prices.

Mami Wata bills itself as the country’s first African surf shop and was co-founded by Selema Masekela, an American TV host and sports commentator.

Masekela opened the store after growing up in California and experiencing racism while working at a surf shop, where he was fired when the owner told him ‘being Black didn’t fit the definition of a surf shop,’ he said. 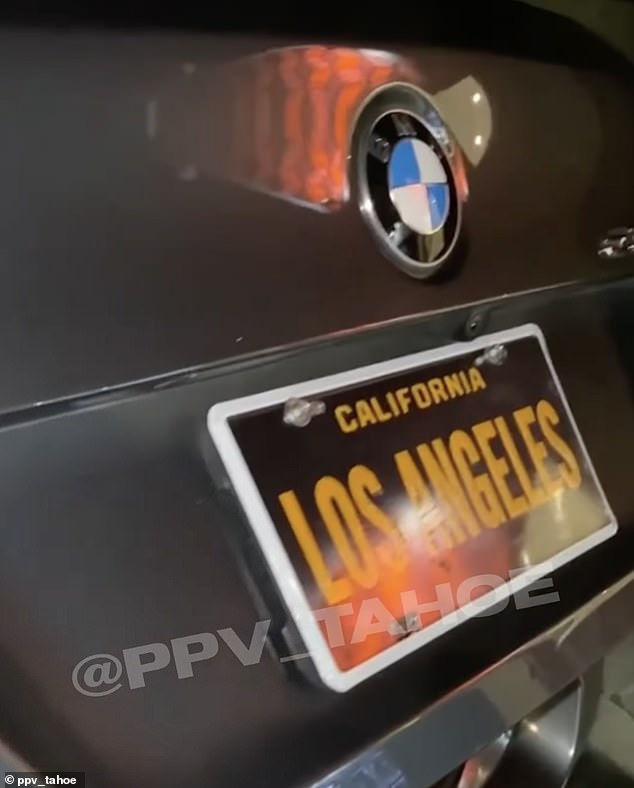 The videographer seemingly attempted to capture the burglar’s license plate, but upon moving closer found out it is a novelty fake that simply says ‘Los Angeles’ 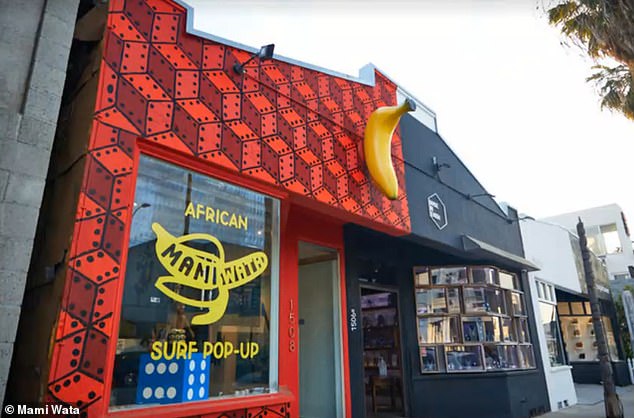 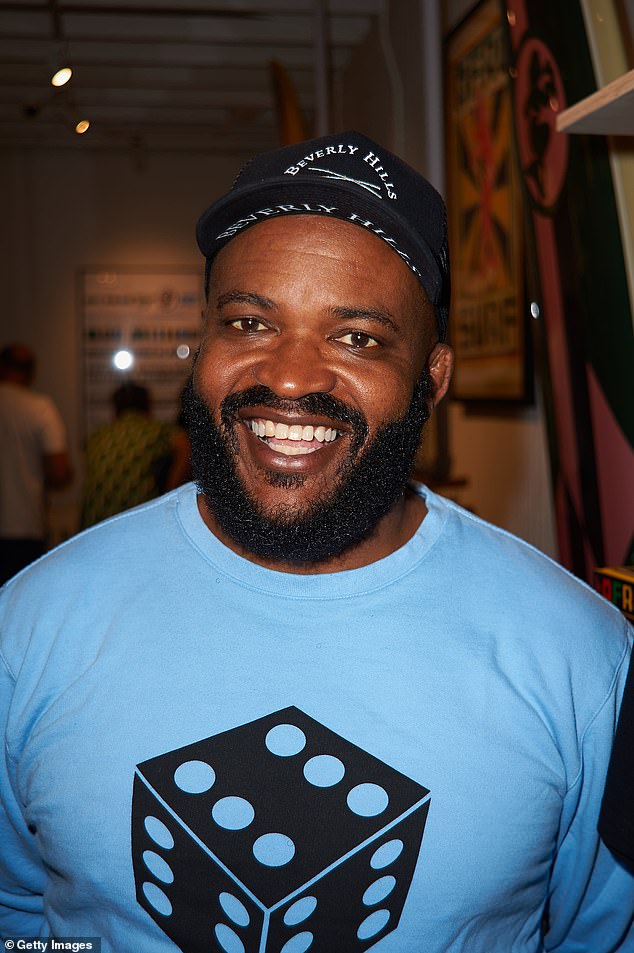 Store co-founder Selema Masekela opened the store to bring African surfing culture to the US, and is an avid surfer himself 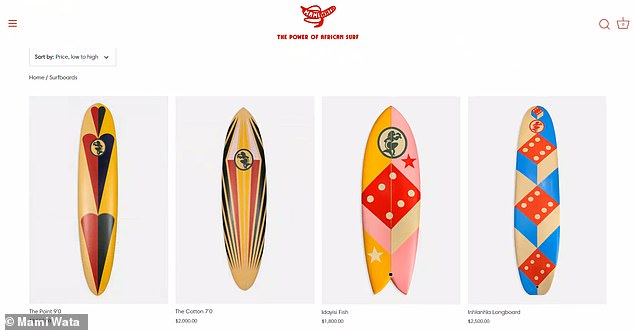 The store has a variety of surfboards that go for a minimum of $1,800, which may explain why the thief targeted the store

The avid surfer told Spectrum News earlier this year that he opened the store ‘to be able to have Africa enter the chat, so to speak, in what surf culture looks like.’

The store tries to make as many products as they can with African cotton, which makes up only 8% of the world’s cotton.

‘This store and our clothing is an opportunity to have a larger, modern day conversation about Africa as a continent, and not a country,’ he said.

Masekela feels particularly connected to his African heritage because of his father, acclaimed musician Hugh Masekela.

The late Masekela is well known for being an anti-apartheid activist and is referred to as the father of South African jazz for composing songs such as ‘Soweto Blues.’

‘Before my father passed the biggest message he was trying to share with the world and also with Africans was to take pride in the wonder of the country and the diversity of the continent,’ Selema told Hollywood Reporter of his father.