Home » Boy, 11, stuck in France since visiting his father at Christmas

Boy, 11, from Telford has been stuck in France since visiting his father at Christmas after being caught out by Covid travel testing rules

An 11-year-old boy has been stuck in France since visiting his father at Christmas after being caught out by confusion around Covid travel testing rules.

Eric Lemire, 36, who lives in France, had planned to accompany his son Dean on the Eurostar until it reached Folkestone, where he would immediately turn back and return home as the boy made the onward journey to Shropshire with a relative.

Both father and son had proof of a negative Covid test taken three days before departure – as required by the rules.

But they were also asked by guards to provide proof they had already booked a £210 testing kit to be delivered to their home in Britain for use during their 10-day period of self-isolation.

Given that Eric would not be self-isolating he decided it was not necessary to order one of these kits – which Border Force said meant he could not enter the UK. He did not want to leave his son accompanied so they both stayed in France. 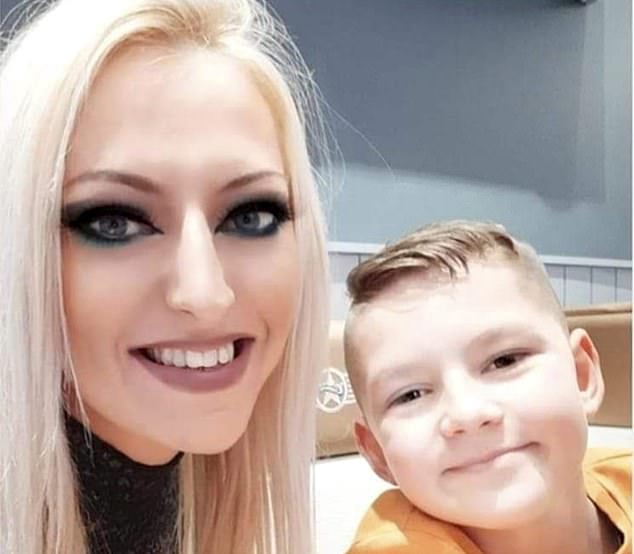 Dean Lemire, 11, (right) had tried to travel back home to Britain with his father, who lives in France. He is pictured with his mother, Clair

Dean’s mother, Clair Chetwood, said that because Eric would not be remaining on British soil he should not be forced to pay for a quarantine test kit at a cost of £210 which he would not be using.

‘We did everything that was required, and followed the guidance to the letter,’ she said.

What do travellers require to enter the UK

It is currently illegal to travel abroad for holidays and other leisure purposes. But for people already abroad who have to return to the UK, a number of rules are now in place.

You must provide evidence of a negative Covid test result taken up to 3 days before departure.

Before you return to the UK you must provide your journey and contact details. You must self-isolate for 10 days when you enter the UK from any foreign country except Ireland, unless you have a valid exemption.

You must take a test on day two and eight of your quarantine period.

You should book your test before you travel to England. This is so you can enter details of the test when you opt into the scheme on the passenger locator form. Otherwise you can be turned away by Border Force.

‘They both arrived at the border with negative tests which have now expired. They will need to do further tests before attempting to travel again.

‘Eric was told he could not enter the UK without proof of purchase of the travel testing kit, and even though he will not be here to do the tests on day two and day eight, he would need to put my home address for the tests to be delivered and to say he will be isolating at my home.

‘The border staff wouldn’t let them board even though everyone else is saying he didn’t need a kit as he’d got the negative tests.’

Ms Chetwood said the father and son had paid £750 for Covid tests before leaving France in addition to the cost of travelling to the Eurostar terminal.

Dean had left his home in Telford, Shropshire, to spend the Christmas holidays with his father in Arras.

However, the UK went into lockdown on January 4 before Dean was due to return to his home and it was decided that he should stay there until this week.

Telford MP Lucy Allan said: ‘My office is working with the family to see how we can help them navigate the restrictions and secure the safe return of Dean to the UK.

‘It is understandably a very worrying time for them. The rules are complex and testing arrangements are expensive making it difficult for people to comply.’

The Home Office said: ‘The regulations are clear – all travellers arriving in the UK must take a Covid-19 test and get a negative result during the three days before travel into the UK. Every single check prevents the spread of coronavirus.

‘If an individual feels they are facing a set of circumstances which is not covered by our published guidance, they can get in touch with the customer feedback team who will aim to offer further clarity on their situation.’ 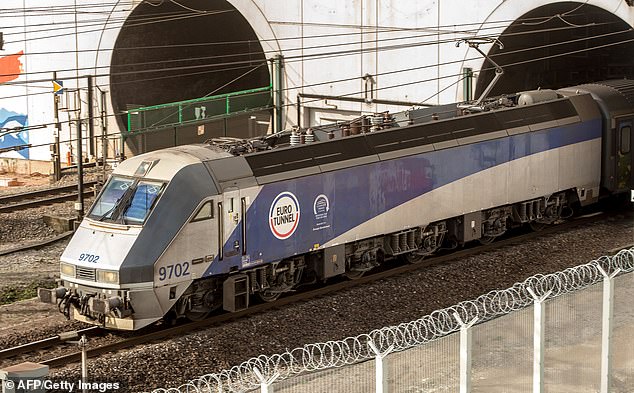 Eric, had planned to accompany his son Dean on the Eurostar until it reached Folkestone, where he would immediately turn back and return home as the boy made the onward journey to Shropshire with a relative

Microsoft pleads with gamers not to vape into their new Xboxes

Coronation Street spoilers: Nina and Seb set for tragedy as fans convinced one will die?