A ONE-year-old boy was fatally shot as police opened fire on a truck after he was allegedly kidnapped by his own father on Thanksgiving.

The toddler was pronounced dead at the scene of the incident in Ontario, Canada – but it remains unclear if the child died by police gunfire. 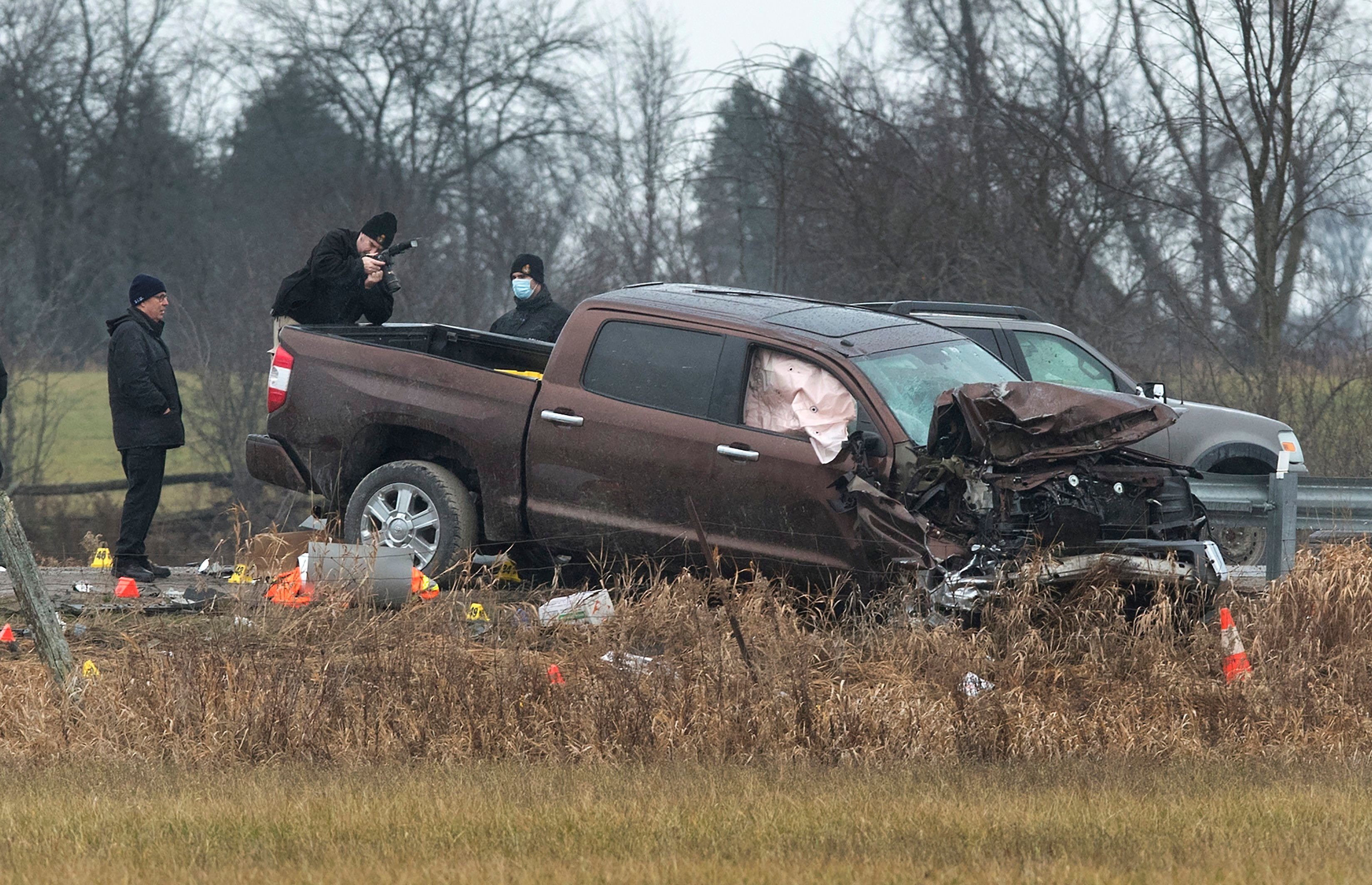 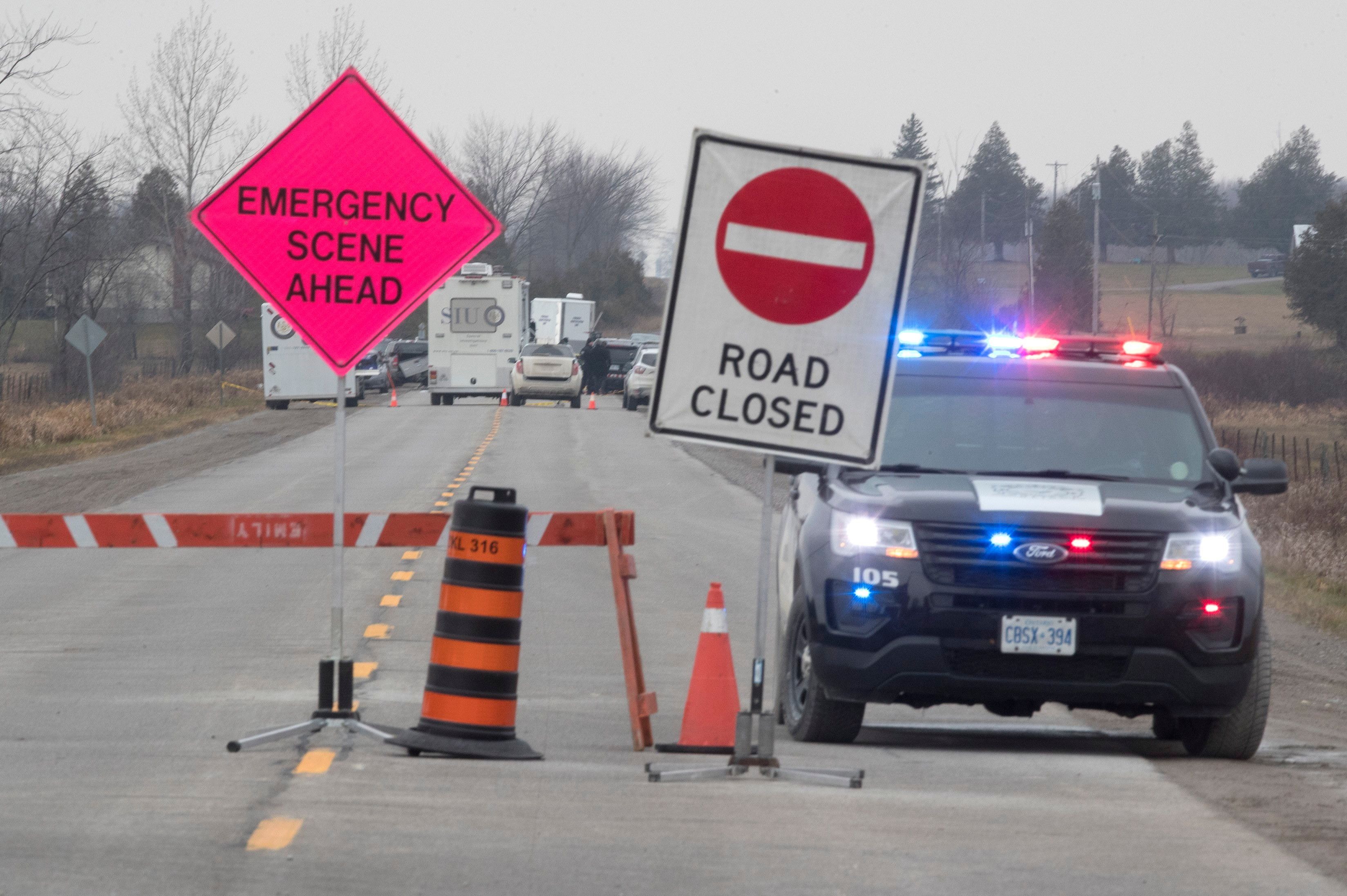 The Special Investigations Unit said in a statement that Ontario Provincial Police were made aware that a child was allegedly abducted around 8:45am.

Cops soon after located the vehicle of interest – a pickup truck – in the City of Kawartha Lakes and tried to stop it.

The truck then crashed with a police cruiser and a civilian vehicle, police said in a statement.

A cop who was standing outside the cruiser was seriously injured, investigators said.

There was then an altercation between the 33-year-old driver and others.

Three cops fired their guns – and the man driving the pickup was struck, according to police.

The man was airlifted to the hospital in grave condition. 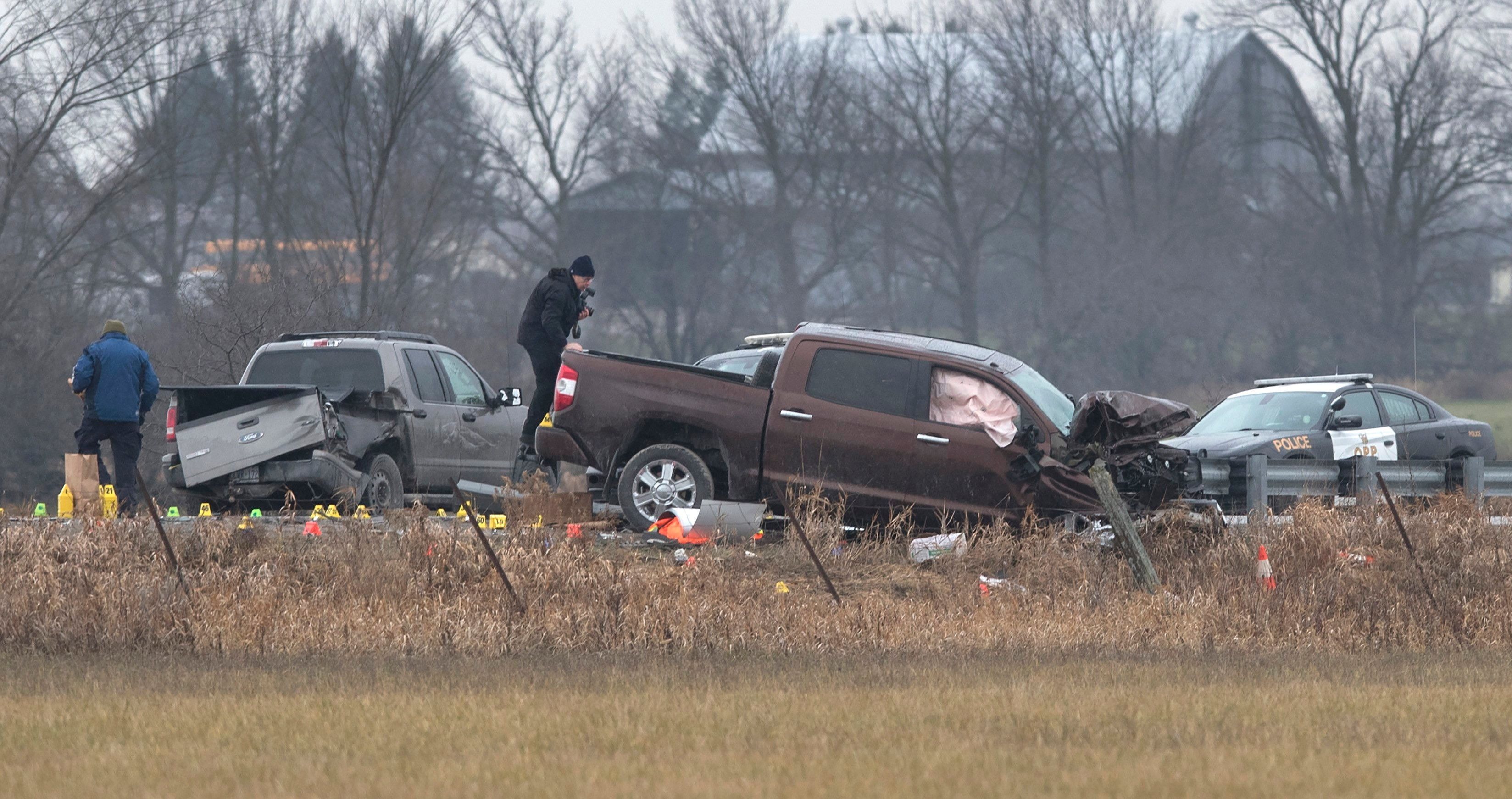 Cops then found the one-year-old inside the pickup, and discovered he had been struck by a bullet.

He was pronounced dead at the scene, cops said.

Police watchdog spokesperson Monica Hudon told reporters that it was "too early" to know what happened.

"We heard the first vehicle hit the side of the road, so you could tell it was going really fast,” Michelle Barry told the outlet.

Neighbor Tom Deciccio said he answered the door to frantic knocking, and found a woman with her son and a therapist.

He told Global News they "wanted in, for a safe haven" and added " there was something about the husband had left with the little baby." 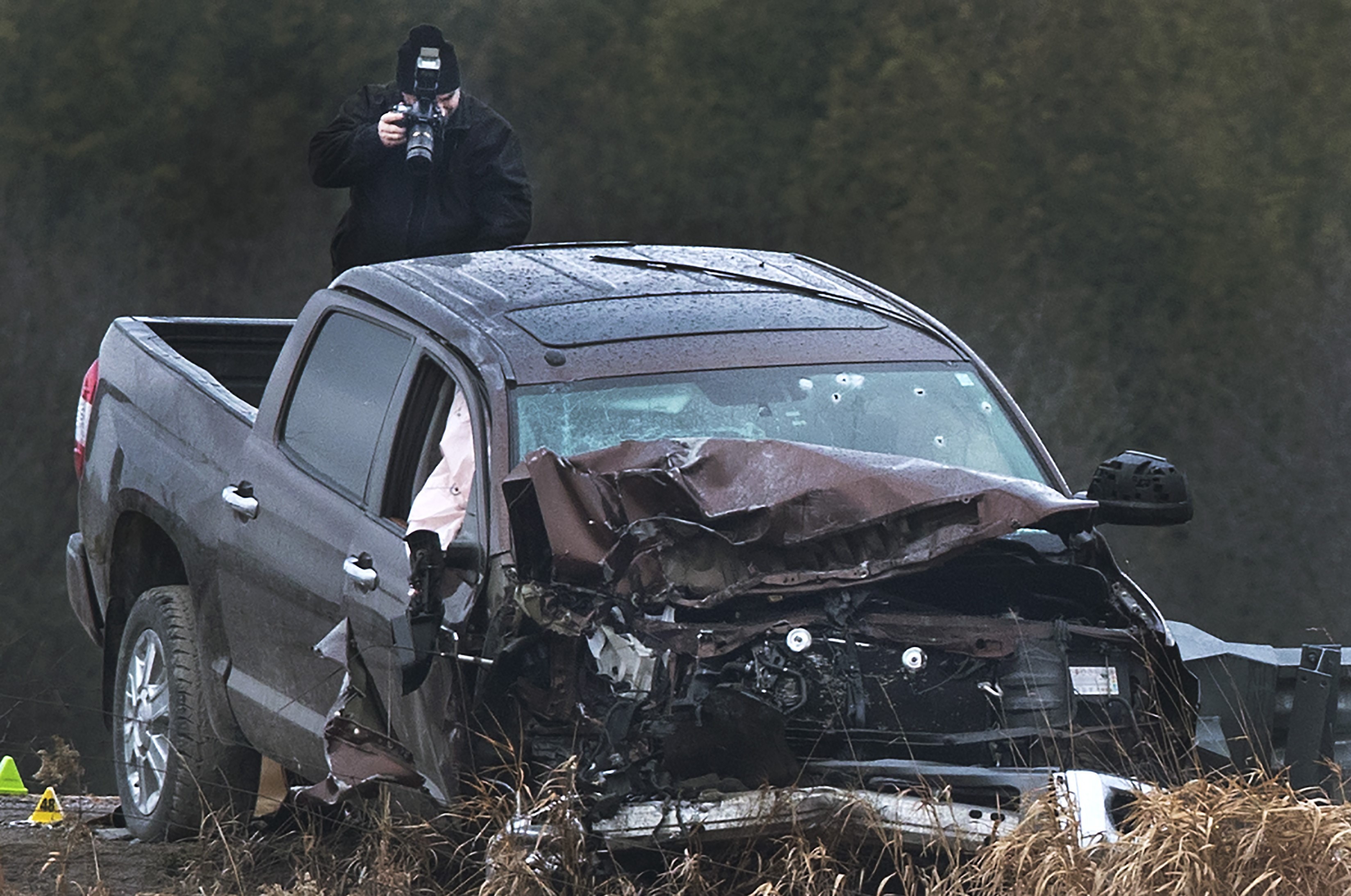 OPP Commissioner Thomas Carrique offered his condolences for the family and those injured in the incidents.

He said that officials are investigating the events.

"As a result of a tragic incident today, one child is dead and two others significantly injured, Carrique said in a tweet.

"I ask that @SIUOntario and @YRP be given time to investigate, without speculation on the events as they unfolded.

"Our thoughts & prayers are with those that are suffering today," he added.

As of Friday, cops had not yet said if the boy was killed by police gunfire.

In an update on Friday, police said that an autopsy for the child is scheduled for Saturday.

Police also said they found a handgun in the pickup truck.

The child's father was transported to a hospital in Toronto, where he remained as of Friday afternoon.

A police officer who was seriously injured in the incidents was also in the hospital as of Friday, cops said. He was said to be in stable condition.

Cops have asked for those with information on the incident to contact the head investigator at 1-800-787-8529.

Those with video may also upload clips to the Special Investigations Unit website.

Warnings for ‘life-threatening’ floods as more rain heads for NSW