Boy racer, 22, is jailed for killing a student in his BMW months after knocking down a pedestrian and sending bragging WhatsApp videos going at 146mph after dodging a ban 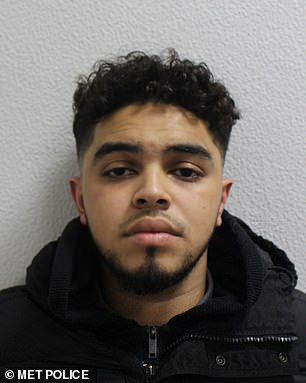 Abdul Sujac, 22 of Stratford, was jailed for six years and three months at Southwark Crown Court on Friday for causing the death of 19-year-old student Laura Ann Keyes by dangerous driving

A man who knocked over and killed a 19-year-old in while doing more than twice the speed limit in south London has been jailed for causing death by dangerous driving.

Abdul Sujac, 22, from Stratford, was jailed for six years and three months at Southwark Crown Court on Friday, 19 October by Judge Deborah Taylor, after he pleaded guilty at an earlier hearing.

He will also be disqualified from driving for five years and pass an extended test to regain a licence.

Police were called to reports of a vehicle colliding with a pedestrian in Deptford at 22.15 on Thursday, 30 November 2017. Officers were joined by paramedics who administered first aid to the victim, Laura Ann Keyes.

Sadly Laura, 19, from Tideswell in Derbyshire, was pronounced dead at the scene. A post-mortem held later on at Greenwich Public Mortuary on 6 December 2017 would give cause of death as multiple injuries.

Sujac had been doing 68mph in a 30mph zone at the time of the crash.

Laura was a student of musical theatre at Trinity Laban conservatoire in Greenwich, and had been out with friends celebrating the end of term.

Sujac, who was driving a black BMW, stopped at the scene and was arrested on suspicion of death by dangerous driving. 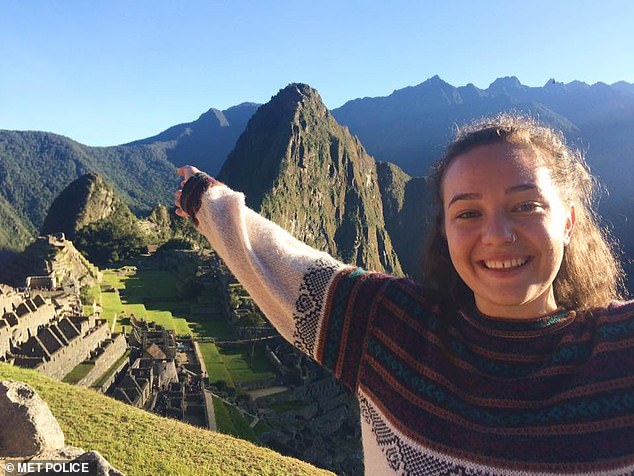 Laura, 19. from Derbyshire was a student of musical theatre at Trinity Laban conservatoire in Greenwich, and had been out with friends celebrating the end of term

He was taken to a south London police station and then bailed before subsequently being charged by postal requisition in June 2018.

The Court heard that Sujac was a habitual dangerous driver who recorded over 4000 clips his exploits on his iPhone, many of which were posted on the social media and messaging apps Snapchat and Whatsapp.

Prosecutor Harpreet Sandhu said his phone had ‘footage of [him] driving at excessive speeds and seemingly revelling in doing so, undertaking and overtaking and driving on the wrong side.’

In one clip, he captioned a video of him behind the wheel with ‘nine points ain’t gonna stop me driving’.

In another, he chases an ambulance across London and boasts of reaching 146mph. 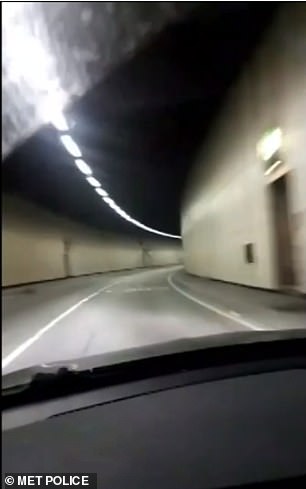 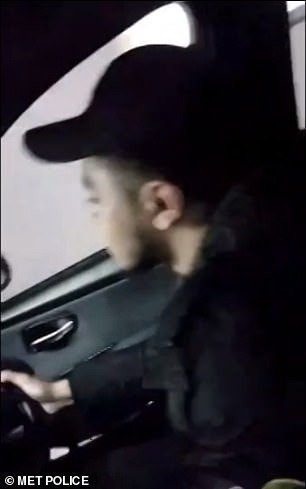 The Court heard that Sujac was a habitual dangerous driver who recorded over 4000 clips his exploits on his iPhone, many of which were posted on the social media and messaging apps Snapchat and Whatsapp

Just days earlier he had been penalised for knocking down and seriously injuring a pedestrian near Westfield Shopping Centre – but was handed only a fine and nine points by Thames magistrates after he admitting careless driving.

Ms Keyes’s family said they were ‘shocked and broken’ after discovering his history.

The family’s lawyer Patrick Maguire called for a review of sentencing guidelines, in such cases, calling them ‘woefully inadequate’.

Following Sujac’s sentencing, investigating officer Detective Sergeant Richard Budd, of the Serious Collision Investigation Unit said: ‘The evening that Laura died she had been having fun with her friends and enjoying her life before it was tragically cut short in the most cruel and sudden of circumstances.

‘Sujac’s senseless and irresponsible actions have robbed Laura’s family of a person who by all accounts was a well-loved and well-liked young woman who had the rest of her life to look forward to.

‘Sujac will now have a substantial custodial sentence to reflect on his actions.

‘I hope this will act as a reminder to other motorists to drive safely and responsibly so as to spare anyone else the devastation that Laura’s family have been caused.’

Amee Patel, a Senior Crown Prosecutor in the London homicide unit, said: ‘This was a terrible and avoidable death. Abdul Sujac had a cavalier attitude to driving and he now will have to face up to the consequences of his deliberate decision to drive dangerously.’