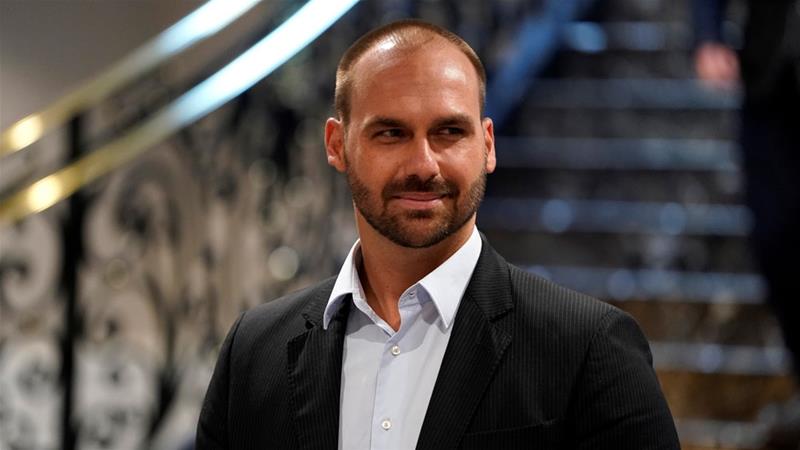 Brazilian President Jair Bolsonaro said on Thursday he had invited his son Eduardo to become ambassador to the United States, underscoring his family’s influential role in the Brazil’s diplomacy and domestic politics.

Eduardo Bolsonaro, currently a federal congressman, told reporters separately he would accept the role if nominated. His father said earlier that the appointment would hinge on his son’s acceptance.

“If it is a mission given by the president, I would accept,” Eduardo Bolsonaro told reporters, adding he was prepared to resign from Congress if the president appoints him.

He added the ultimate nomination still depended on conversations with his father and Foreign Minister Ernesto Araujo.

The appointment would need to be approved by the Senate Foreign Relations Committee before passing to the full upper house for confirmation. 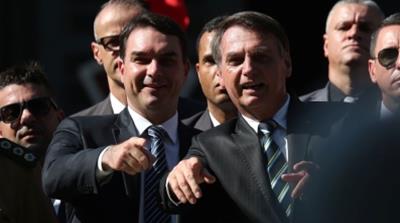 The far-right Brazilian president, who said his campaign last year was inspired by US President Donald Trump, has made friendly overtures to the American leader and made similar use of family members as official advisers.

Bolsonaro’s eldest son, Flavio, is advancing his conservative social agenda as a senator.

Carlos Bolsonaro, another son of the president and a Rio de Janeiro city councilman, has taken a role in his father’s social media communications and stirred controversy by attacking members of the Brazilian cabinet.

Eduardo Bolsonaro, the third of the president’s four sons and a daughter from three marriages, has counselled his father on foreign affairs.

After his father’s election in October, Eduardo Bolsonaro was one of his first envoys to Washington, where he met with Trump’s son-in-law and adviser, Jared Kushner, and was spotted wearing a “Trump 2020” cap.

During the Brazilian leader’s White House visit in March, Trump heaped praise on Eduardo Bolsonaro, who sat by his father during an Oval Office chat while Brazil’s foreign minister and ambassador in Washington were nowhere to be seen.

Toddler dangles down a third-storey window grille by the NECK

Couple’s Comics About Married Life Are Dark And Super Relatable