Speaking to The AM Show on Monday, Ardern said it was “about time” they proceeded with their wedding plans. 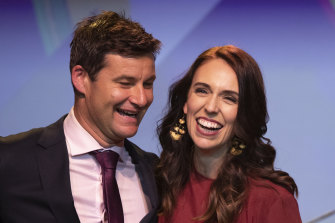 Jacinda Ardern is congratulted by her partner Clarke Gayford after she won a second term as New Zealand Prime Minister last year.Credit:AP

The pair got engaged two years ago at Easter at Mahia, near Gayford’s hometown of Gisborne, with his grandmother’s engagement ring. At the time, Ardern said she was “surprised” by the proposal.

But the couple has not yet pinned down a date for the wedding.

Ardern told show what everyone suspected: a lot had been going on in recent years – most notably the management of the Covid-19 pandemic and her government’s work to fix the housing crisis.

“I have spent more time on housing plans than wedding plans,” she told host Duncan Garner in reference to the housing policy announced last week.

Gayford told Stuff last year there had been little time to plan their wedding day.

“I am just pleased to be able to get up in the morning and see my family and spend a little bit of time together because we have just had a non-stop year,” he said. 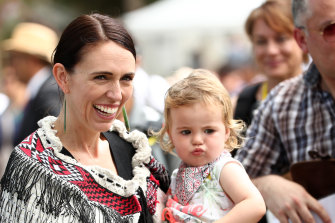 Neve Gayford in her mother’s arm in February 2020. Credit:Getty Images

“We basically have not taken a break this year and there have been quite a few things that have taken priority, so planning for things have, let’s say, slipped a little.”

Ardern and Gayford met at an awards event in 2012, and in 2018 she gave birth to their first child, daughter Neve Te Aroha Ardern Gayford.

The Apprentice candidates are banned from being in the house alone

Sex will be riskier after lockdown as emergency contraception and need for STI tests rises 40 per cent, experts warn

TALK OF THE TOWN: Middletons are oceans apart