BRITS were left horrified after a man tried to flog his dead sister's used underwear on Facebook.

The shocking offer, which was first posted on a local buying and selling page, has been shared across social media – leaving punters disgusted. 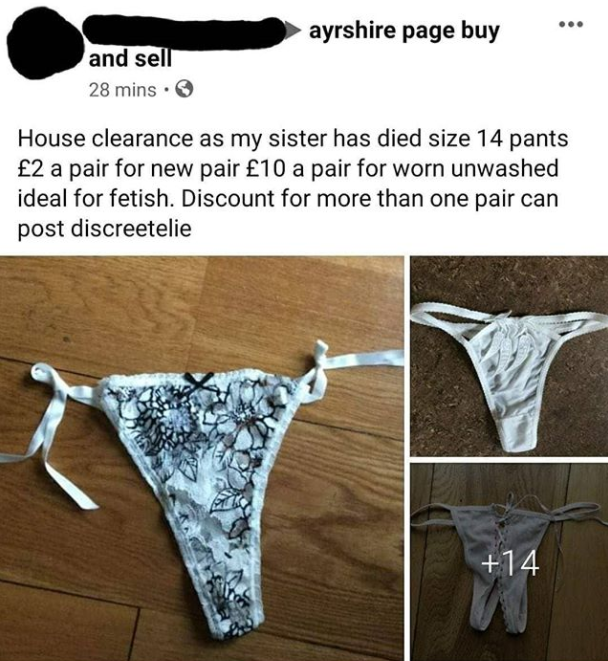 The bizarre advertisement posted in a group in Ayrshire, Scotland offered the pants as a "house clearance", with discounts for anyone who wanted more than one pair.

The seller was offering newer pairs at £2 a pop.

But Facebook users were left completely appalled as he tried to flog unwashed pants for a tenner, claiming they would be ideal for anyone with a fetish.

Sharing dozens of pictures, he wrote: "House clearance as my sister has died.

"Discount for more than one pair."

Brits reacted on Instagram after the post was shared – with some in a state of belief, and plenty making jokes.

Another commented: "How a death can bring the best out in you."

One Instagram user joked: "I swear, covid masks get more elaborate every day."

And another tagged their pal and told them: "Get on and grab yourself a bargain."