The theater where James Earl Jones made his Broadway debut in 1958 is now named in his honor.

In a dedication ceremony Monday, the Cort Theatre on West 48th Street in Manhattan’s Theater District was officially renamed the James Earl Jones Theatre. The 18th century, French-inspired building, which holds up to 1,082 people, is the second major Broadway theater to be named after a Black artist. The other is the August Wilson Theatre, which honors the award-winning playwright considered the “theater’s poet of Black America.”

The actors Norman Lewis and Brian Stokes Mitchell sang at the star-studded ceremony, and New York Mayor Eric Adams, Samuel L. Jackson and his wife, LaTanya Richardson Jackson, shared remarks about the impact Jones, the longtime theater, film and television star, had on other artists. Jones, who is 91, did not attend.

“If you are an actor or you aspired to be an actor or you pounded the pavement in these streets looking for jobs and doing things — one of the standards that we always had was to be a James Earl Jones,” Jackson said Monday. 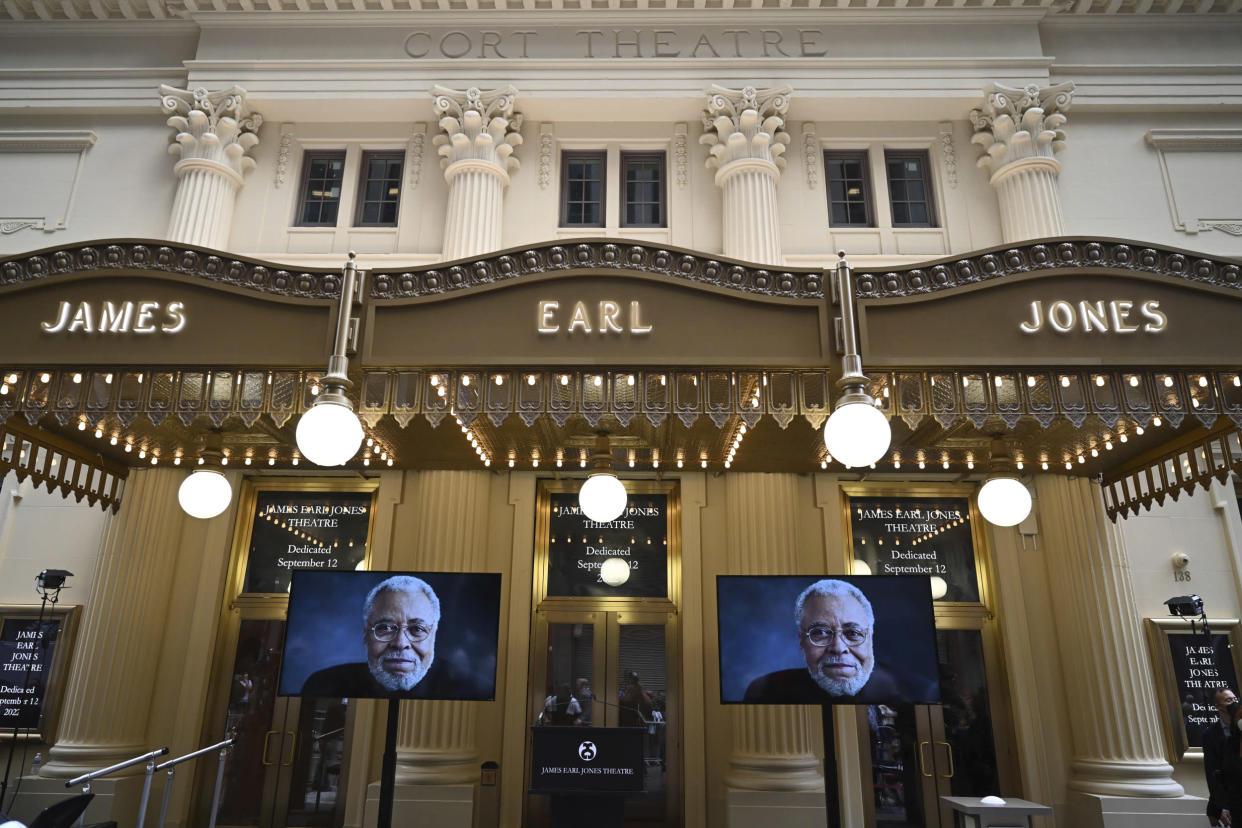 Jones, an EGOT (Emmy, Grammy, Oscar, Tony) winner, gave his first onstage performance at the Cort Theatre in 1958 playing Edward in “Sunrise at Campobello.” Jones performed in 14 theatrical productions at Shubert theaters and starred in 21 Broadway shows. He received a Lifetime Achievement Award in 2017.

“For me standing in this very building sixty-four years ago at the start of my Broadway career, it would have been inconceivable that my name would be on the building today,” Jones said in March. 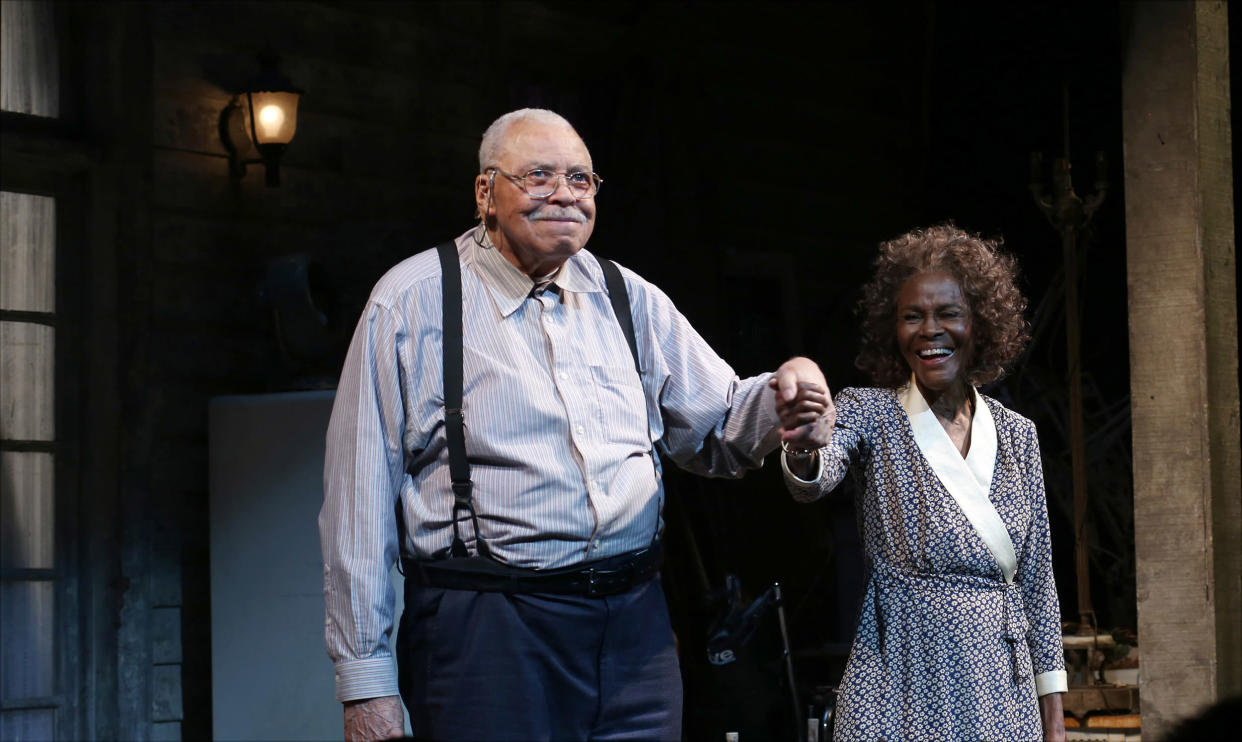 Robert E. Wankel, the chairman and CEO of the Shubert Organization, called Jones “one of the most beloved Broadway and film actors of all time.”

“It’s fitting that the renaming of this beautifully restored building also be a moment in which to recognize the tremendous contribution of BIPOC people to Broadway,” Wankel said, using an acronym for Black, Indigenous and people of color. “Mr. Jones’s name quickly rose to the top of the Shubert Organization’s list due to his illustrious career performing in Shubert houses, his status in the Black community, and his worldwide reputation as one of the most celebrated performers to ever grace the Broadway stage.”