The NFL reportedly fined Denver Broncos wide receiver Jerry Jeudy $23,020 after a Week 14 eruption in which he bumped into an official after a play, according to ESPN's Adam Shefter.

The wideout was fined an additional $13,261 for removing his helmet, according to Tom Pelissero of NFL Network.

Jeudy went off for three touchdowns in his team's 34-28 loss to the Kansas City Chiefs. He removed his helmet, screamed on the field and bumped into an official as he moved toward the bench after a pass from quarterback Russell Wilson intended for Brandon Johnson fell incomplete.

"I know they're going to fine me," Jeudy said Wednesday. "It is what it is. I know the consequences of the situation, and I'm going to learn from it."

The reported fines are less than what the NFL could have issued.

Removing a helmet isn't officially included in the list of finable offenses, but the NFL recently finedCarolina Panthers tight end Stephen Sullivan $4,583 for unsportsmanlike conduct when he took his helmet off following a touchdown by teammate D.J. Moore.

Jeudy should have been ejected from the game and subject to a 15-yard unsportsmanlike conduct penalty, according to the official NFL rulebook.

He told reporters after the game that he thought the officials missed a holding call on him.

“On that certain play, I got held,” Jeudy said. “I was just frustrated because we didn’t have things going, so I was out there playing with frustration, wanting to make a play for my team. I feel like at that point, I was just held, and that should’ve been called, but I have to know how to control my anger and just move on from there.”

Broncos head coach Nathaniel Hackett added that he talked with Jeudy as soon as the officials told him what occurred, and they immediately resolved the issue. 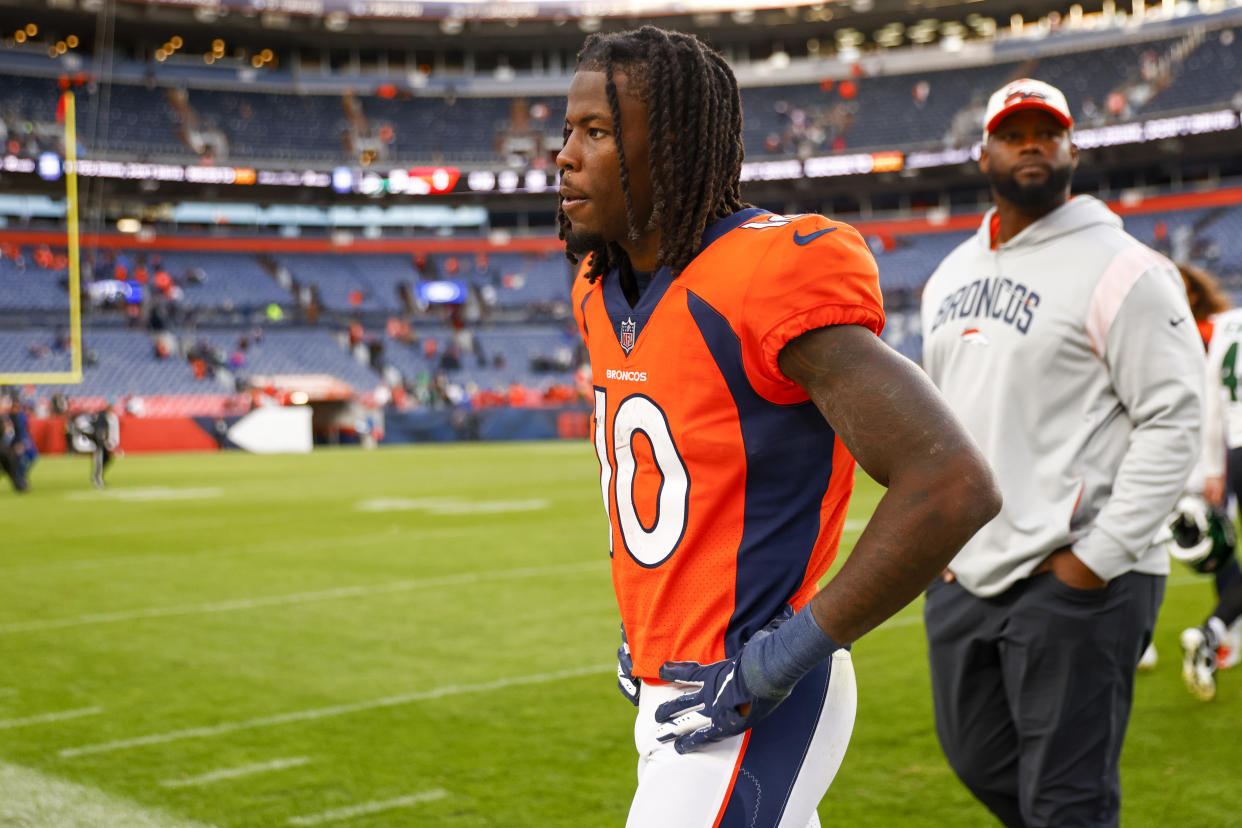 Jurors set to deliberate whether Nikolas Cruz should be executed

Boy, 10, reveals horror of being swept out to sea & how he survived by floating on back like he saw on TV