Pioneering feminist who coined the phrase ‘glass ceiling’ dies of cancer aged 76: ‘I’m hoping if it outlives me, it will [become] an antiquated phrase’

The woman who first uttered the feminist phrase ‘glass ceiling’ as a way to encourage women in the workplace, died of cancer.

Marilyn Loden died at the age of 76 on August 6 after a year-long battle with small-cell lung cancer – but her legacy of supporting diversity in the workplace and encouraging women in leadership remains.

The famous phrase ‘glass ceiling’ gained traction after Loden unexpectedly appeared on a panel at the Women’s Action Alliance Conference in New York City in 1978. Loden, worked in human resources at AT&T, wasn’t supposed to speak, but was asked to fill in for a colleague.

‘I’m hoping if it outlives me, it will [become] an antiquated phrase,’ Loden previously told The Washington Post.

‘People will say, “There was a time when there was a glass ceiling.”‘

At the time, Loden said she didn’t think too much of the words that came to her while speaking to the group of women, but was later bombarded with spectators that wanted to chat with her.

‘To be honest with you, I didn’t think it was a big deal,’ she said. ‘It made sense to me in the moment.’ Loden randomly spoke the encouraging words that stuck with multiple women. She later went on to influence women’s advancement and diversity in leadership

Loden was an author and wrote multiple books on feminine leadership that defined how women can excel in their careers and towards ‘visible leadership roles,’ according to her obituary on Legacy.com.

Her first book was ‘Feminine Leadership, or How to Succeed in Business Without Being One of the Boys.’ Loden published the book in 1985, followed by several others that centered on workplace diversity.

Throughout her career, she struggled to stand by and listen to the many criticisms women face in the workplace as so many were denied career opportunities.

‘True, women did seem unable to climb the career ladder beyond the lowest rung of middle management, but I argued that the “invisible glass ceiling” – the barriers to advancement were cultural, not personal,’ Loden wrote in a commentary piece for BBC News in 2017.

The feminist opened up about her own struggles in the workplace as a woman in the 1970s and 1980s, recalling her job in the telecoms industry and the lack of laws to protect women from workplace harassment.

‘I was an experienced HR professional in the telecoms industry, and yet was often told by my male boss to “smile more.” He made a point of commenting on my appearance at literally every meeting,’ she wrote.

‘On the occasion where there was more than one woman manager at a meeting, there were usually comments made if the two sat together. On several occasions, I was told that the advancement of women within middle management was “degrading the importance” of these positions.

‘Once I was told that despite my better performance record, a promotion I was hoping for was going to a male peer. The reason given was that he was a “family man” – that he was the main breadwinner and so he needed the money more.’ In previous interviews with news outlets, Loden opened up about her own struggles as a women in the work place and how a man would often comment on her appearance While the origin of the phrase ‘glass ceiling’ is now decades old, its meaning has remained relevant to Loden.

Loden called out Facebook’s Sheryl Sandberg after a 2013 New York Times opinion piece slammed the COO for blaming women for failing to ‘get ahead’ in the workplace.

‘Ms. Sandberg has been fortunate in not having to deal with gender discrimination in her career,’ Loden wrote in a letter to the editor for The New York Times.

‘While her accomplishments are admirable, she still represents the female exception and not the norm in the American workplace.’

The MeToo movement also had an impact on Loden, as she came to terms with the ongoing struggle women are face for professional respect – especially in the entertainment industry where some are taken advantage of by men in power.

‘When I read about #MeToo and the sort of wave of people acknowledging what’s been going on it strikes me that there’s still a lot of fear about challenging the status quo,’ Loden told the Washington Post in 2018. 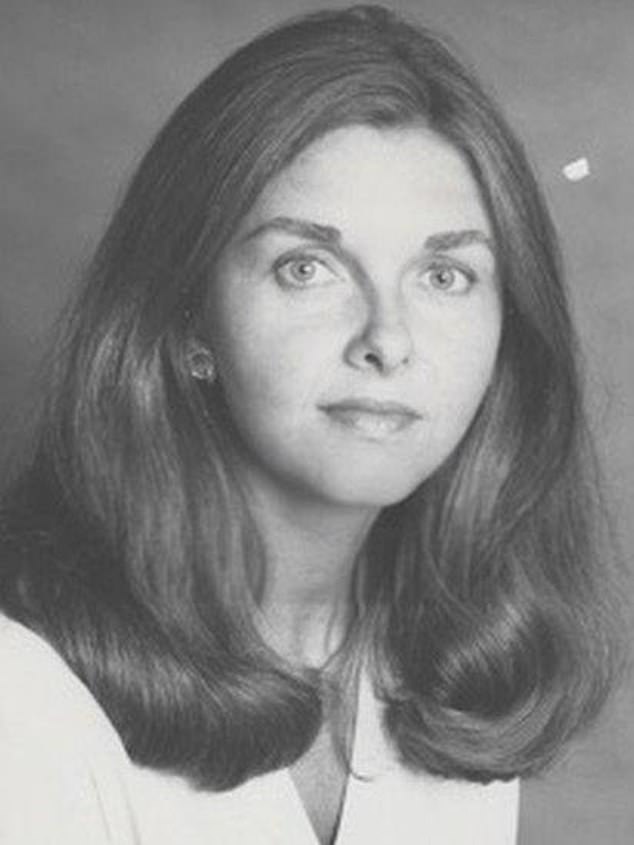 Loden has continued to speak up for women in the workforce. In 2013, she called out Facebook’s COO, Sheryl Sandberg, about her rhetoric about women’s advancement 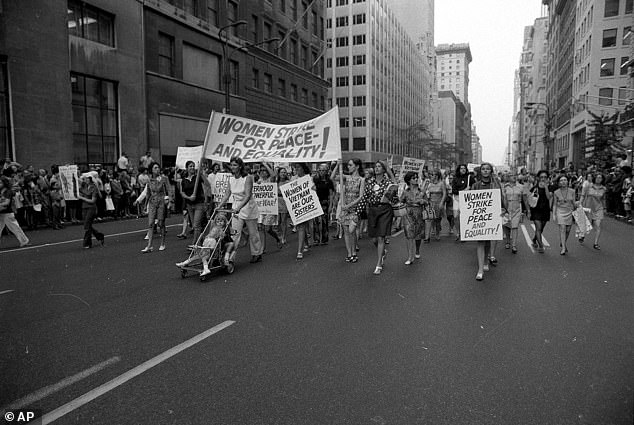 The recent MeToo movement also had an impact on Loden, as she was reminded that women are still fighting for professional respect

Loden’s phrase ‘glass ceiling’ has gained universal traction and was even addressed by US legislators in 1991. Lawmakers created the Glass Ceiling Commission to help eliminate the barriers women face to achieve workforce advancement, and to increase opportunities.

Legislators, including Hillary Clinton, have continuously used the phase. Clinton even used it in 2008 after losing the presidential race to former President Barack Obama.

‘Although we weren’t able to shatter that highest, hardest glass ceiling this time. Thanks to all of you, it’s got about 18 million cracks in it,’ she said.