A prominent human rights lawyer and local politicians have joined a growing chorus of dissenters calling for Vladimir Putin to resign over the war in Ukraine.

Daniil Berman, who defended the Russian news anchor who held up a protest sign on live TV, has spoken out to say the ‘special military operation’ in Ukraine ‘is [actually] a hot war with a sovereign state that must be stopped’.

He was joined by dozens more politicians from across Russia who have added their names to a petition calling for Putin to go, bringing the total to 67. 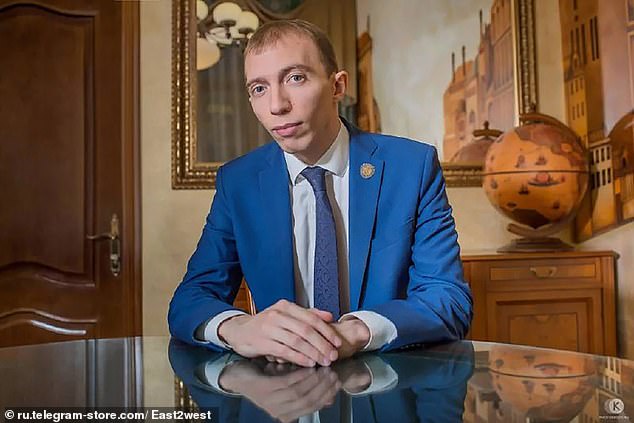 Daniil Berman, a prominent Russian human rights lawyer, has joined a growing list of politicians and public figures calling on Putin to resign over the Ukraine war 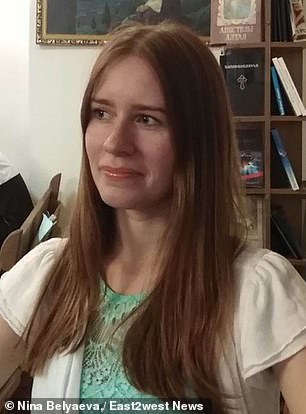 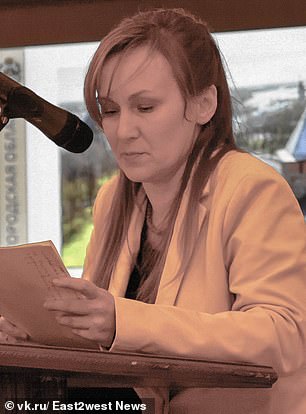 They include Oleg Egorov from Samara, Ekaterina Vasilyeva from Yakutsk, Oxana Sergeyeva from Veliky Novgorod, Nina Belyaeva from Voronezh, Artyom Kanarev from Tomsk, and Olga Podolskaya from Tula.

Lawyer Berman, in a blistering open letter to Putin, he called for the Russian leader, the country’s rubber-stamp parliament, and the government to be thrown out.

‘I believe that the ‘special military operation’… is a hot war with the sovereign state of Ukraine which must be stopped,’ he said.

Russian troops must be withdrawn from Ukraine and the political leadership in Moscow ‘dismissed.’

Human rights lawyer Berman, 39, warned: ‘Further escalation of this military conflict could lead to an acute political crisis within the country.

‘Subsequently to Civil War, the collapse of Russia, the loss of its territories, the impoverishment of its population and the loss of their national identity.’

The respected lawyer said: ‘Any appeals and actions from any person to continue this war, including “attacking strikes on decision-making centres in Ukraine”, on “critical infrastructure facilities”, the use of nuclear weapons – including low-yield ones – and any similar statements I consider to be anti-people and endangering the existence of humanity as a species.’

He posted his phone number if the authorities wanted to get in touch to arrest him under Russia’s draconian laws preventing proper debate about Putin’s war.

‘For my detention, preparation of administrative material against me and/or arrest, I am ready to voluntarily appear in any investigative institution or court,’ he said.

He has repeatedly defended clients accused of transgressing laws forbidding any criticism of the army.

A local councillor calling for Putin to quit, Olga Shtatskaya, from Moscow, said: ‘The irremovability of power is one of the greatest evils in life.

‘If a politician has no opponents, everything ends badly. That is what we’re seeing right now.’

Anti-war allies are hitting their names to an appeal reading: ‘We, the municipal deputies of Russia, believe that the actions of President Vladimir Putin harm the future of Russia and its citizens.

‘We demand the resignation of Vladimir Putin from the post of President of the Russian Federation.’

Among those are deputies from all around Russia, though the bulk are from Moscow and St Petersburg. 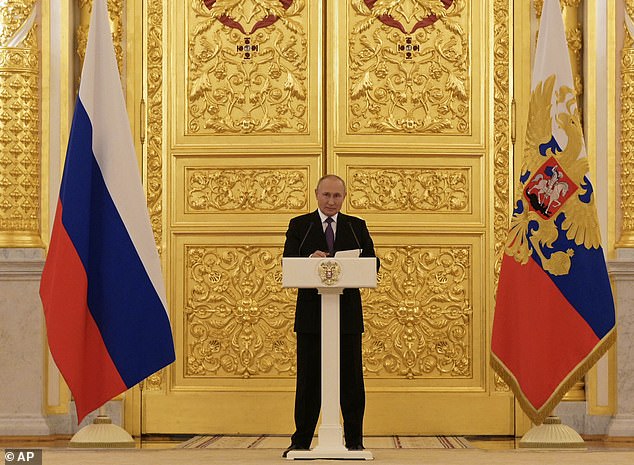 Putin is also facing harsh criticism from pro-war figures for his military failings in Ukraine, which include the recent defeat in Kharkiv

In the Lomonosovsky district of capital city Moscow, multiple politicians blamed Putin for aggression, taking his country back to the Cold War, and threatening the world with nuclear weapons.

They followed a similar call for Putin to quit by councillors in St Petersburg who demanded he should be charged with high treason over the war in Ukraine.

Marina Ovsyannikova famously walked in on Russia’s most-watched news show with a poster saying: ‘They’re lying to you here’ and ‘Stop the War!’

The TV journalist has been repeatedly targeted by Vladimir Putin’s officers since her pioneering protest in March.

They accuse Ovsyannikova, 44, of discrediting the army under new draconian laws aimed at stifling any criticism of Putin’s war in Ukraine.

She has been repeatedly fined for her anti-war calls.