The ceremonial lawn at Government House, Yarralumla, spilling to the shore of Lake Burley Griffin, is made for garden parties.

On a November day in 2012, the late spring lending the thousands of old shade trees across the grounds a lush loveliness, Camilla, then Duchess of Cornwall, was the celebrated guest at just such an event. 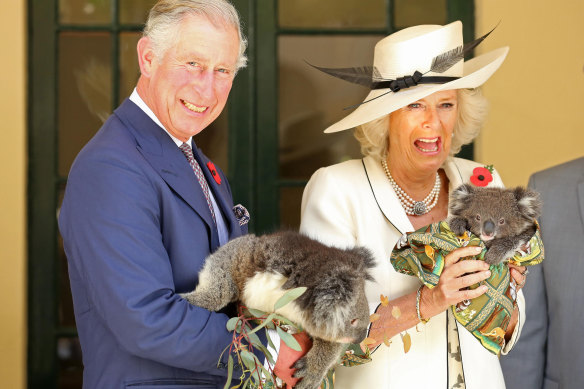 Charles and Camilla during their 2017 visit to AustraliaCredit:PA Wire

The Governor-General of the time, Quentin Bryce, had arranged a marquee and champagne and a broad selection of movers and shakers of Australian business, public affairs and the arts to meet the Duchess.

Charles, of course, was there too.

He was relatively familiar to Australians, having made more than a dozen visits since he spent a term as a student at the Timbertop campus of Geelong Grammar School in 1966. He wasn’t the one under scrutiny.

Camilla, however, had never been to Australia. 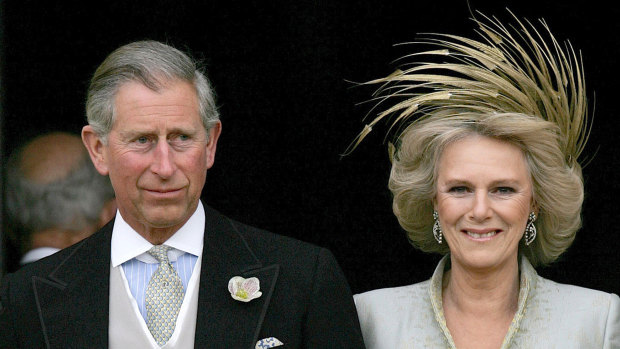 Camilla and Charles on their wedding day in 2005.Credit:AP

It was said there was a deal of anxiety at Clarence House, the Prince of Wales’ seat in Westminster, about this first visit. Would Australians warm to Camilla or shun her as an interloper?

They needn’t have worried too much.

It happened I was a guest at the Governor-General’s garden party that day, and it was evident from the start the Duchess had a happy knack of drawing people to her.

She proved to be warm and amusing and possessing a quality that placed at ease those she met. Hoots of laughter accompanied her as she circulated, leaning in to offer some pearl to each guest.

“We’ve met before, haven’t we,” she declared, when she reached my corner.

I confessed my notebook and I had trailed her and Charles as they undertook a series of visits around Melbourne a few days previously, but I couldn’t imagine how she might imagine we’d actually met.

“I never forget a face, you know,” she said, and naughtily inquired why I could be bothered following her around. She wanted to know who was the delightful young woman accompanying me (it was my daughter), and whether I enjoyed garden parties and champagne or would rather attend a barbecue with beer. It was a wonderfully easy-going if slightly bizarre conversation.

No-one was quite sure then whether Camilla would become Queen when Charles eventually became King. Clarence House maintained for years that she would be known merely as “princess consort” – quite a step short of Queen. 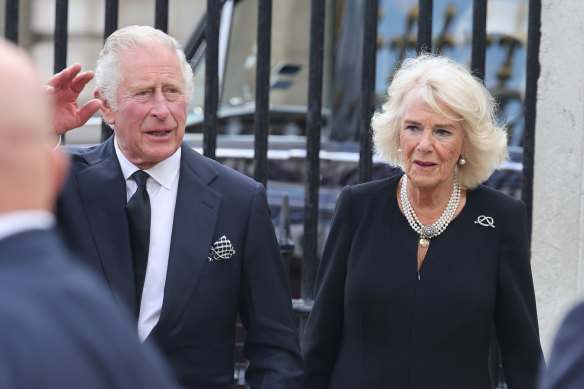 Queen Elizabeth II finally put that to rest when in her 2022 message to mark the 70th anniversary of her reign, she stated it was her “sincere wish” that Camilla be known as “queen consort” upon Charles’s accession to the throne.

Given that Camilla is thus Queen consort to the King of Australia now Queen Elizabeth has gone, that visit to Australia in 2012 was an important step.

It was, to put it crudely, a test to see if she could pass muster among the colonial.

That she won over guests with her charm was perhaps unsurprising. Camilla learnt the arts of aristocratic behaviour at 16 when she went to a Swiss finishing school. A life in the spotlight of an often critical public and media have since clearly taught her much about resilience.

Memorably, Charles and his first wife, Diana, Princess of Wales, had spent a month in Australia in 1983, when Diana insisted on bringing their baby William. Diana proved immensely popular, drawing adoring crowds wherever the tour took the couple.

Indeed, her popularity far eclipsed that of Charles, who was reliably reported as miffed.

He often looked strained and aloof when he and Diana returned by plane to Albury in the evenings from their interstate touring, there to be greeted by constantly large crowds. Their base was at a property called Woomargama Station north of Albury, which proved convenient for my reporting of that long-ago royal tour – I was based those days at the Albury Border Morning Mail.

Charles and his long-time lover, Camilla – both of them divorced, whose relationship stretched back to the early 1970s – were married on April 5, 2005. It was the first time a divorcee had married the heir to the throne without upending the ascension.

Despite early public unease – and dollops of outrage – at such a controversial match, it has long been clear to anyone caring to look that Charles and Camilla’s relationship is genuinely close.

Even on that day beneath the marquee on the Governor-General’s lawn, the couple – circulating separately, as protocol required – often caught each other’s eye, as if they were sharing secret messages and jokes.

Camilla, who celebrated her 75th birthday on July 17, 2022, has over the years become a hard-working and central member of The Firm, the hard-edged shorthand for the Royal Family, as would be expected of a future Queen.

She has taken on around 100 patronages and presidencies of charities, arts and literacy organisations, health groups and animal welfare concerns. She has worked constantly to raise awareness of osteoporosis, and has revealed her mother suffered and died of the condition.

Central to her interests are organisations dedicated to survivors of domestic violence, sexual abuse and rape. She regularly and privately visits refuges for both women and men, both in Britain and during her tours overseas.

Camilla has two children, Tom and Laura, from her previous marriage to the British Army officer Andrew Parker Bowles, who she divorced in 1995. There are five teenage grandchildren, to whom Camilla admits spends a lot of time texting and sneaking treats.

All of her duties, however, keep her from spending significant slabs of time with Charles.

In a long and rare interview with Vogue magazine in 2022, Camilla said she and her husband tried to meet every day.

“Sometimes it’s like ships passing in the night, but we always sit down and have a cup of tea and discuss the day. We have a moment,” she was quoted in the article.

“It’s lovely to catch up when we have a bit of time. You know when we go away, the nicest thing is that we actually sit and read our books in different corners of the room. It’s very relaxing because you know we don’t have to make conversation. You just sit and be together.”

And so has emerged a Camilla who no longer has to submit herself to the scrutiny of strangers to be judged whether she will pass muster as a royal.

After a long and often tumultuous path, she is the Queen consort, content to sit in easy communion with her long-time lover and since 2005 her husband, now the King, when the days’ duties are done.

All the TV shows the royals love to watch, from Game of Thrones to Downton Abbey

‘The Old Man and the Gun’ Review: Robert Redford is a Charming Bank Robber in David Lowery’s Loving Tribute