A SUSPECTED Covid patient was left stunned after bungling Amazon couriers sent a testing kit she ordered 1,000 miles to Italy.

Michelle Winchester, 38, was told by her doctor to go online and get a swab test after showing symptoms of the killer bug two weeks ago. 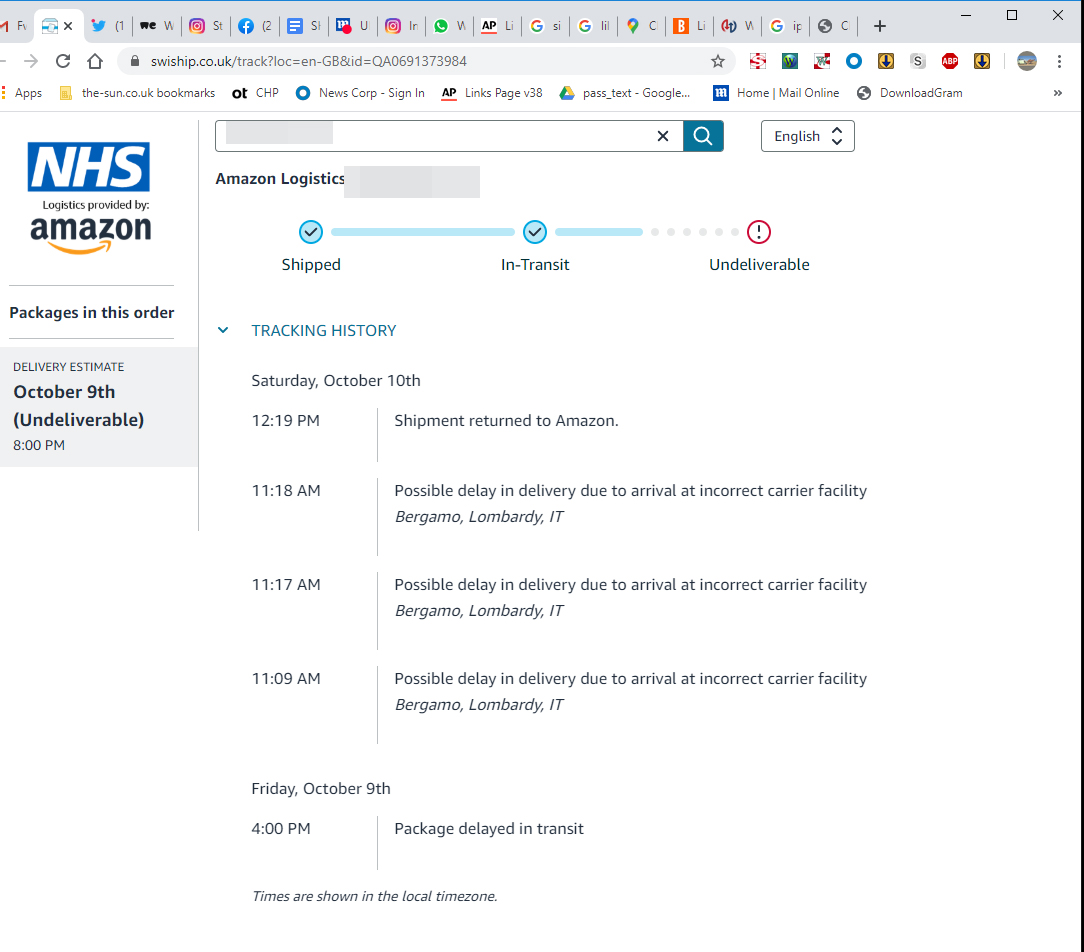 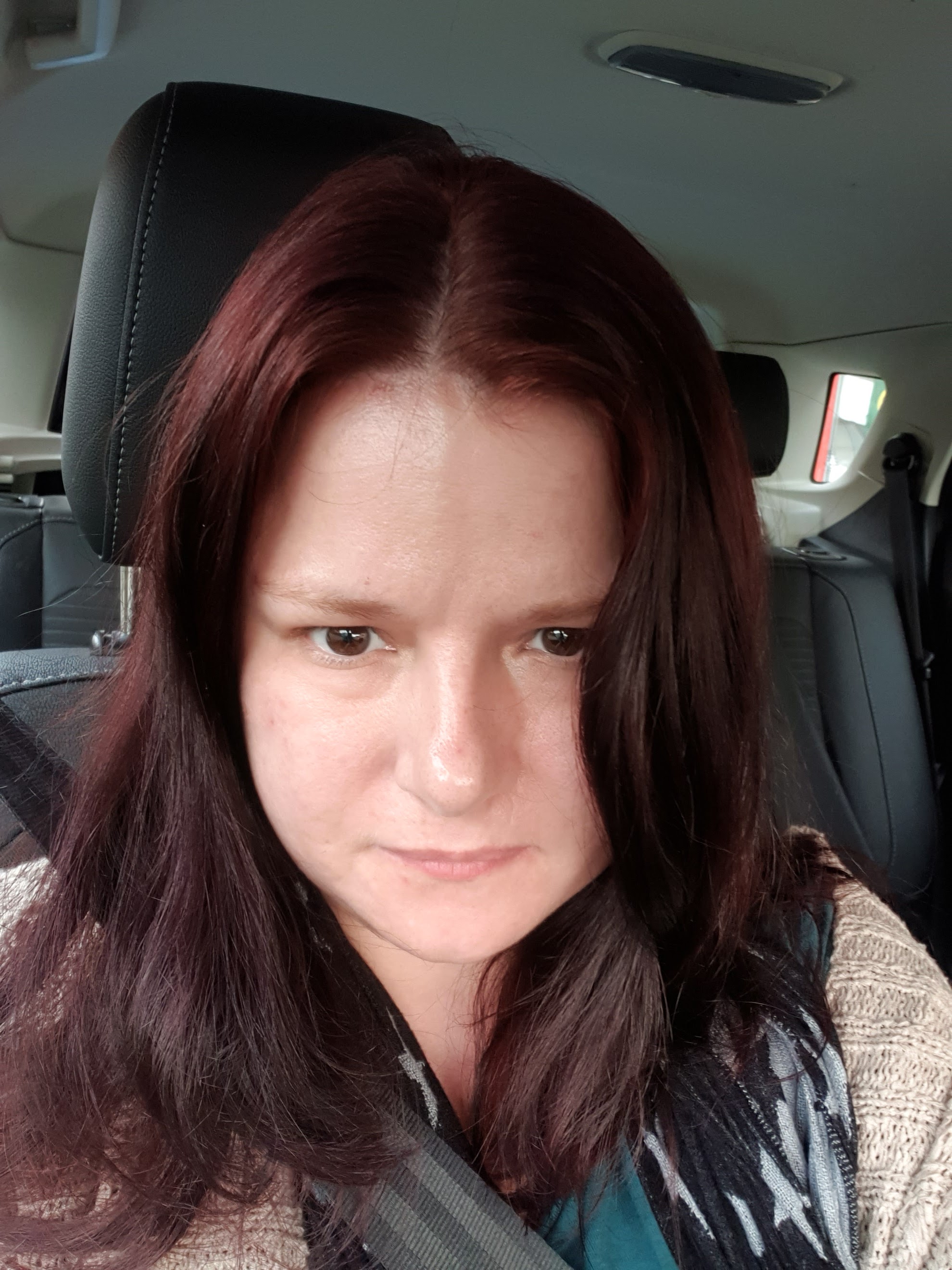 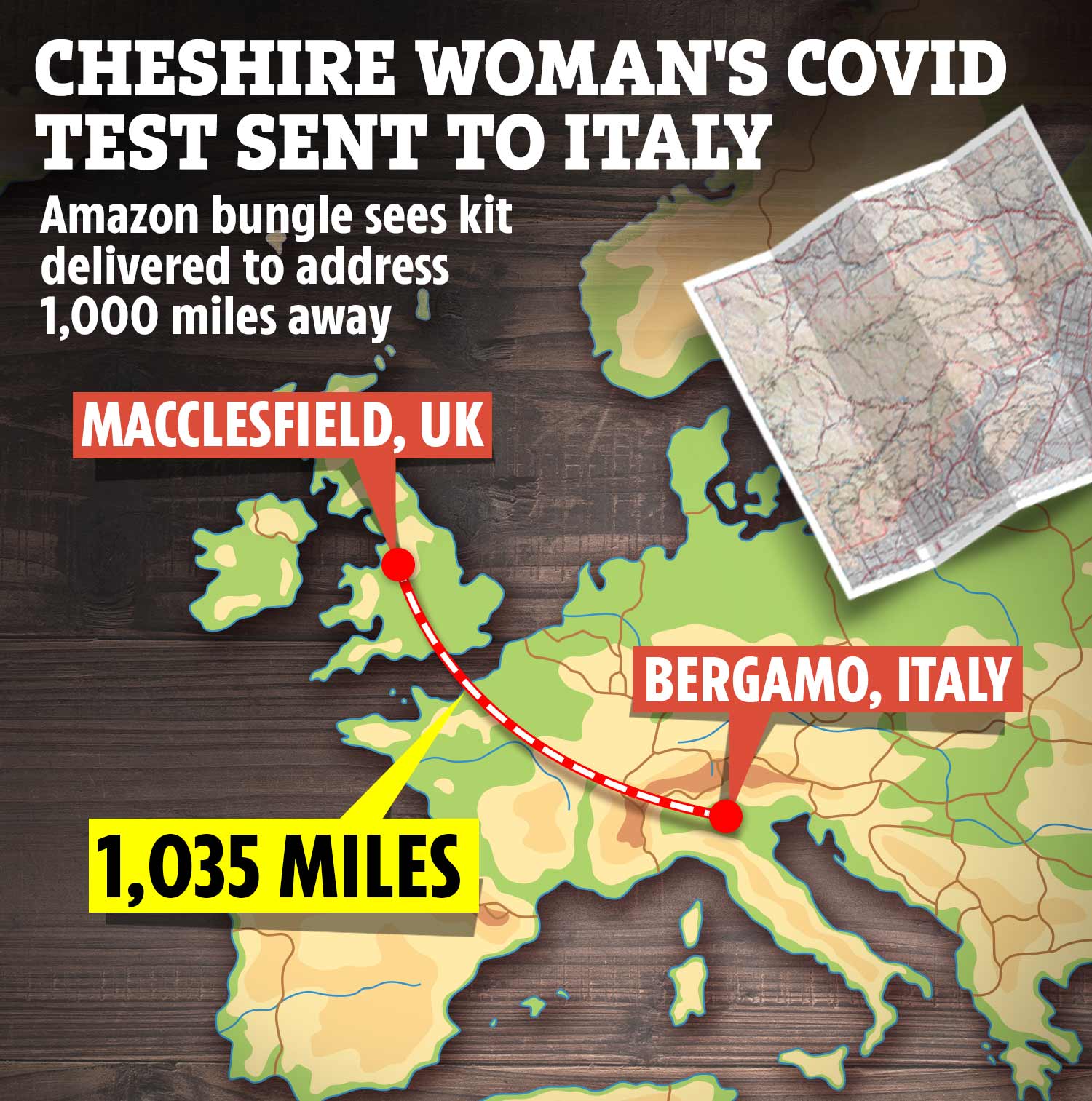 She followed orders and self isolated, but was unable to get a test for a week due to huge demand.

Asthma sufferer Michelle eventually ordered it at 3am last Wednesday after friends told her the NHS site was ''quiet'' at that time.

It should have been with her on Friday, but after it failed to turn up Michelle logged on and tracked the kit down to Bergamo – 1,000 miles from her home in Macclesfield, Cheshire.

Records show that it was dispatched from Glasgow for her home on the same day she ordered it but somehow ended up in Italy with the latest message showing it as ''undelivered''.

MIchelle said:''If it wasn't so serious I would be laughing.

"It just shows the whole system is messed up.

"How on earth can a kit I ordered be dispatched to Italy instead of Cheshire?

''I followed the guidelines and did what my doctor told me after showing symptoms, but even then it took me a week to get the kit.

''Every time I logged on it said there were none available, so someone suggested trying at 3am in the morning, and last week I managed to get one.

''It should have been here on Friday but nothing showed up and when I tracked it via the website it showed it was in Bergamo, Italy.

More than three million kits have been sent out by Amazon – who have waived delivery charges – since the government introduced the kits back in March.

Last month it emerged that human resources worker Erin Burns, from east London, had been waiting almost three weeks for kit after it also failed to arrive and showed it was ''stuck in transit''.

In May, The Sun revealed how Department of Health officials had opened an investigation after a bungle saw coronavirus self-test kits sent out to thousands of homes without return forms.

Around 50,000 of them were dispatched by Amazon and the Royal Mail across the country to key workers as part of Health Secretary Matt Hancock's pledge to get 100,000 tests a day done.

Amazon said: ''This is an isolated incident which we are investigating.

"Our delivery success rate continues to be close to 100 per cent and the majority of home tests are delivered a day after being ordered.

"We have delivered well over three million tests so far, and to date, Amazon has waived all fees and charges for this service.''

A Department of Health and Social Care spokesperson said: ''NHS Test and Trace is providing tests at an unprecedented scale – over a million tests processed a week, and more than 15,000 home tests kits processed every single day – with the vast majority of the public reporting no issues at all with the process.''

Xiaomi banks on phone data for finance play in India

Jersey Shore Bridezilla: Is Angelina Going To Ruin Her Own Wedding?