Beijing has reportedly mobilised its supersonic nuclear missile DF-26 after a U.S. destroyer earlier this week sailed into the disputed waters in South China Sea.

The medium-to-long-range missile, also known as Dongfeng-26, is capable of reaching the U.S. territory and sink aircraft carriers, according to previous reports from China.

The news came after a retired Chinese admiral recently urged that Beijing should sink two American aircraft carriers and kill some 10,000 American sailors to intimidate Washington amid trade war tensions and territorial disputes. 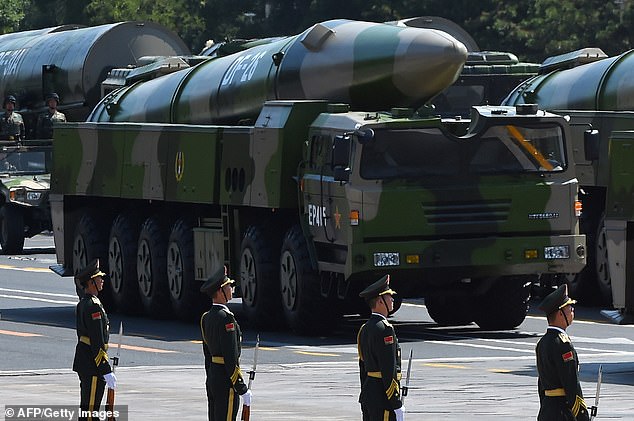 DF-26 is reportedly capable of reaching the U.S. territory and sink aircraft carriers. The missiles are seen participating in a military parade at Tiananmen Square in Beijing in 2015 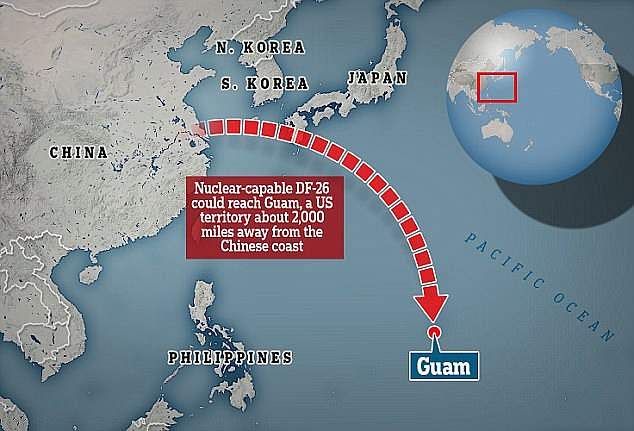 Beijing’s official media previously reported that the powerful missile could reach Guam, a U.S. territory about 2,000 miles away from the Chinese coast, and was China’s top weapon

DF-26 has been billed as the ‘Guam Killer’ by Chinese media as it’s said to be capable of reaching Guam, a U.S. territory about 2,000 miles away from the Chinese coast.

The missile was developed and built solely by Chinese engineers and was commissioned to the Rocket Force of People’s Liberation Army last April, according to People’s Daily Online.

China’s Central Television Station claimed that DF-26 was capable of carrying nuclear warheads and striking ‘important targets on land and medium-to-large ships at sea with precision’.

The state broadcaster hailed the nuclear missile as Beijing’s top weapon against the United States. 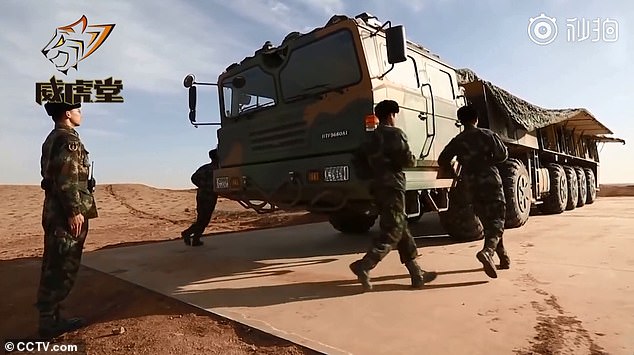 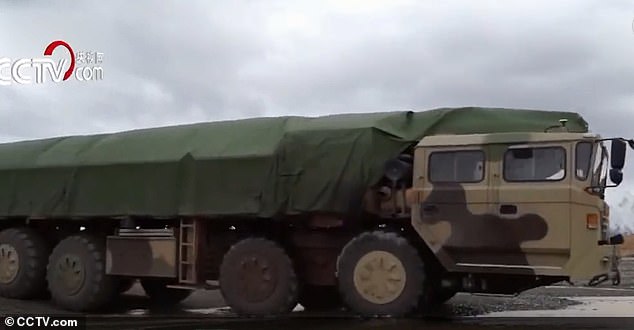 The far-reaching, anti-ship ballistic missile has been mobilised to north-west China’s plateau and desert areas, according to China’s official news outlet  in a report from yesterday.

The mobilisation is said to be a reaction towards a U.S. ship that ‘trespassed’ the Chinese territory in South China Sea on Monday. China issued ‘stern’ warning to the United States over the matter 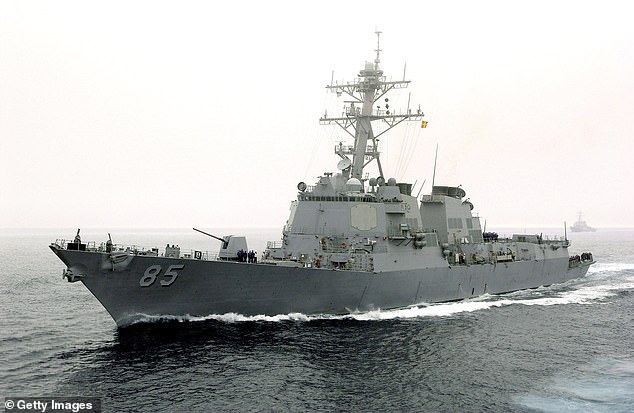 The USS McCampbell, a guided missile destroyer, sailed within 12 nautical miles of the Paracel Islands in the South China Sea on Monday, prompting an angry reaction from Beijing 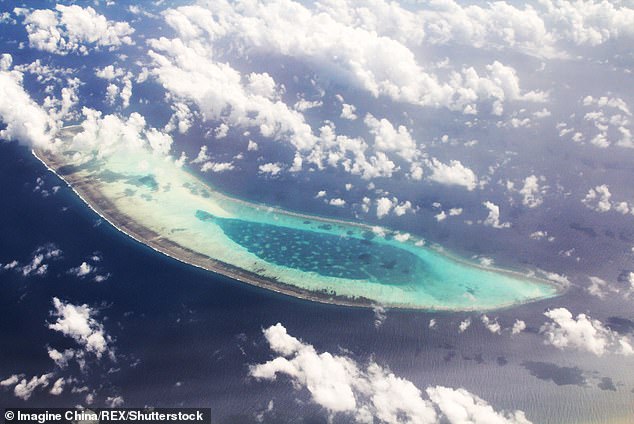 Paracel Islands, known in China as the Xisha Archipelago, are controlled by Beijing but also claimed by Vietnam and Taiwan. China also claims Taiwan as a part of its territory

USS McCampbell, an American guided missile destroyer, sailed within 12 nautical miles of the Paracel Islands, known in China as the Xisha Archipelago.

A group of more than 30 islands in the South China Sea, the Paracel Islands are controlled by China, but are also claimed by Vietnam and Taiwan. China also claims Taiwan as a part of its territory. 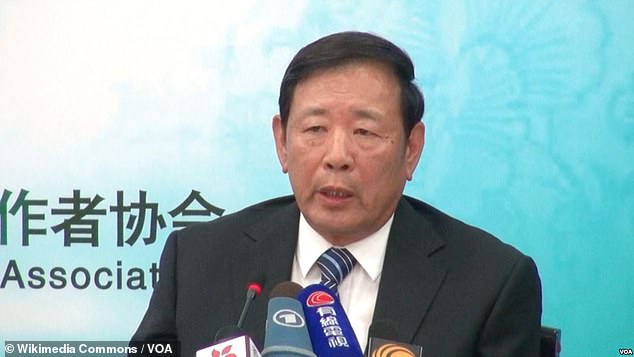 The son of a former Chinese official claimed it could be a good solution to the China-U.S. trade war and the disputes over South China Sea.

Admiral Luo was quotes saying that China should strike the United States in its weakest point and ‘what America fears the most is people dying’.

He also reportedly said that China should increase spending on developing deadly weapons, such as the DF-21 and DF-26 missiles.

The missile is potentially capable of sinking a U.S. Nimitz-class aircraft carrier in a single strike, media have claimed.

The DF-10 missile, on the other hand, is the best performing long-range cruise missile in the world, according to Chinese news site Sina.com.