Speaking to reporters during a press conference Tuesday, Schumer (D-NY) would not say if he planned to make changes to the committee’s Democratic leadership. He did say, however, that he had a “serious talk” with Feinstein (D-Calif.).

“I had a long and serious talk with Sen. Feinstein. That’s all I’m going to say about it right now,” Schumer told reporters, adding a short “Nope” when asked if he could expand on their conversation.

During last week’s committee hearing on the nomination of Amy Coney Barrett to the Supreme Court, Feinstein, 87, repeatedly infuriated Democrats with her conduct.

At one point during proceedings, the California Democrat asked Barrett to explain her judicial view on the topic of severability — a provision allowing for parts of a law to remain in effect even if other parts are struck down — in relation to the Affordable Care Act.

After the judge gave her answer, Feinstein praised Barrett, remarking, “That’s quite a definition. I’m really impressed. Thank you.”

Feinstein also enraged the left with her praise of her Republican counterpart, Judiciary Committee Chairman Lindsey Graham (R-SC), whom she hugged on Thursday while neither wore masks.

She also told the South Carolina Republican that this confirmation process had been “one of the best set of hearings that I have participated in.”

Her handling of the hearings came under immediate scrutiny from liberal groups including NARAL and MoveOn, as well as major progressive names like former New York Democratic gubernatorial hopeful Cynthia Nixon.

By the end of the week, multiple progressive groups had called on Democrats to remove the senator from her powerful position, in which she would have the ability to confirm or deny judicial appointments and have oversight authority over the Justice Department — if the party regains control of the upper house.

Just prior to the hearings, multiple Democratic senators spoke anonymously to Politico about their concerns over Feinstein, specifically about her being up to the task of a bruising Supreme Court fight.

The group of senators were also concerned that she would deliver a repeat of her performance during the confirmation of Supreme Court Justice Brett Kavanaugh.

“She’s not sure what she’s doing. If you take a look at Kavanaugh, we may be short two senators because of that. And if this gets [messed] up, it may be the same result,” one of the senators said of their California colleague, adding, “I think it could impact a number of seats we can win.”

A second senator echoed concerns over Feinstein, saying Democrats have discussed making changes to the seniority system purely due to concerns over her taking over the Judiciary Committee if the party retakes the Senate.

The 87-year-old senator served as the leading Democrat on the Judiciary Committee during the intense and contentious hearing for Kavanaugh, during which she faced considerable scrutiny for her timeline of events in responding to sexual assault accusations against the then-nominee.

Feinstein was notified by Rep. Anna Eshoo (D-Calif.) in July 2018 about Christine Blasey Ford’s accusation against the nominee.

Still, the powerful California Democrat waited weeks before notifying other lawmakers or the public about the allegations, infuriating senators on both sides of the aisle.

Many have looked to Senate Minority Whip Dick Durbin (D-Ill.) as the likely replacement for Feinstein on the committee, though he refused to say when asked by Politico on Tuesday if he wanted her job.

“You keep asking me that question. I’m not going to answer it,” he told the outlet.

Asked during Schumer’s press conference Wednesday if he intended to run for his party’s second-most powerful spot or go for Feinstein’s Judiciary chairmanship, he was more definitive.

“I’ll depend on the caucus for my future. I hope they believe I have served them well and give me a chance to continue,” he said, adding, “I do,” when specifically asked if he would run for the position. 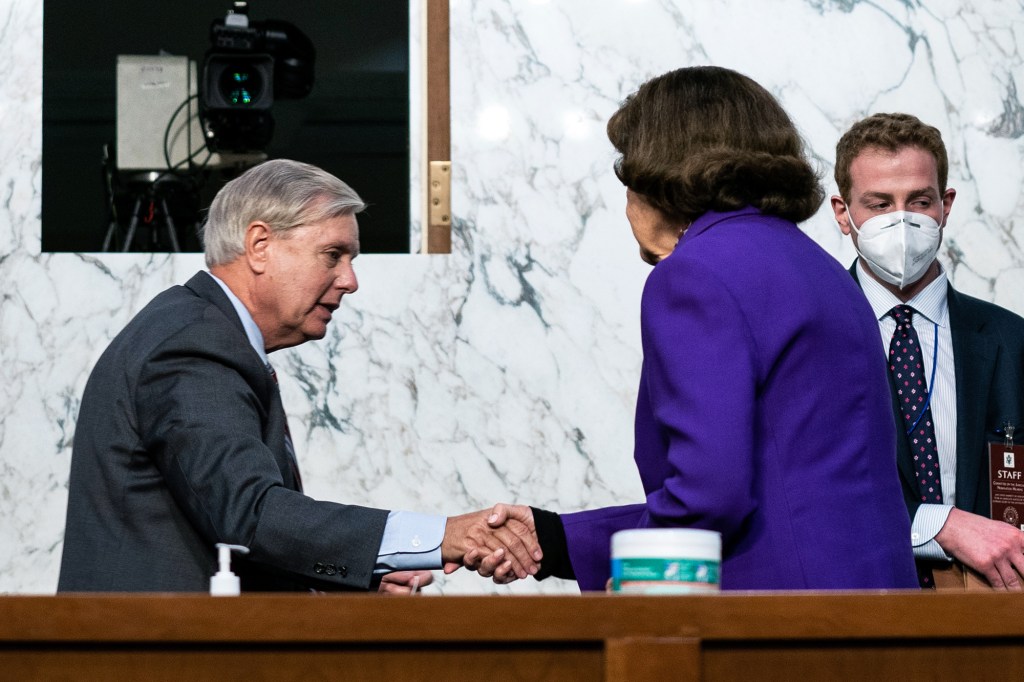 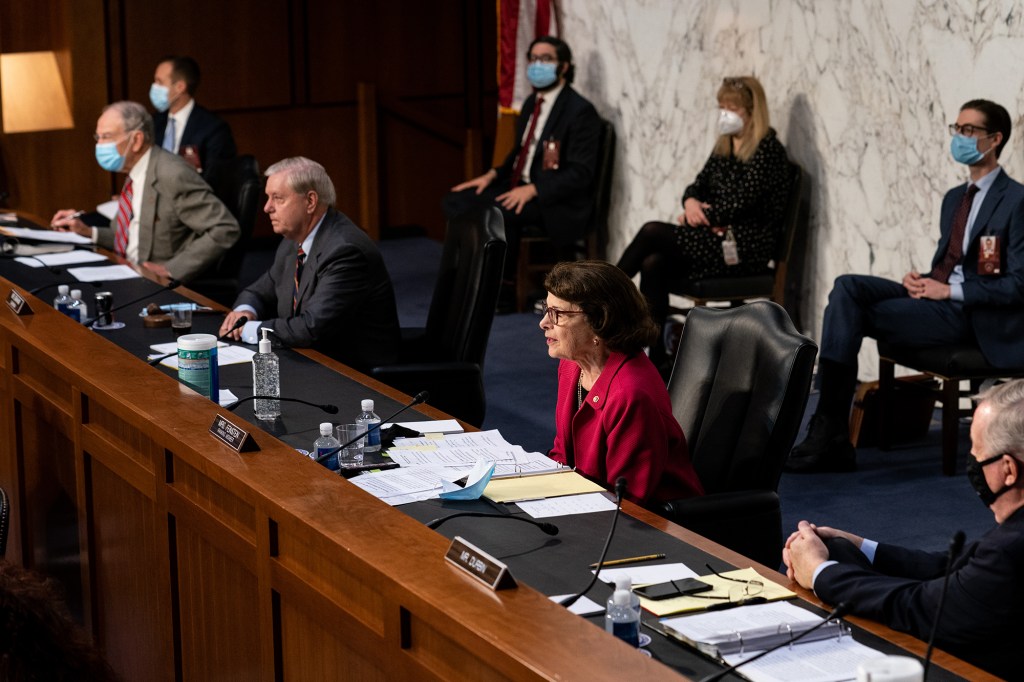 A crocodile from Gambia, two hippos from Liberia & an elephant from Cameroon are some of the animals gifted to the Queen