A WINTER storm will sweep across the U.S., coating much of the country in snow on the first day of spring.

The system will start developing Wednesday – and will move coast-to-coast from the west to east through Friday. 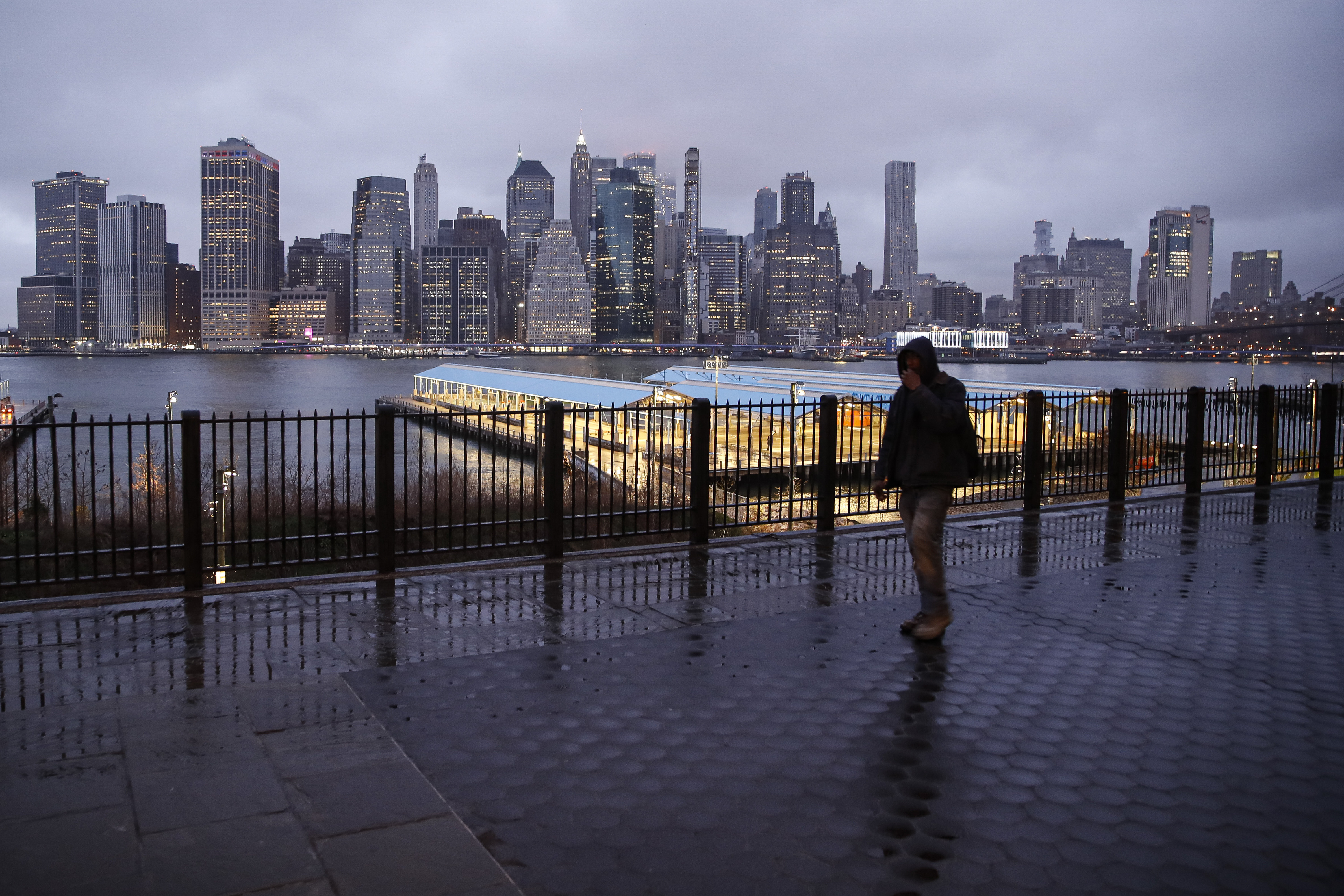 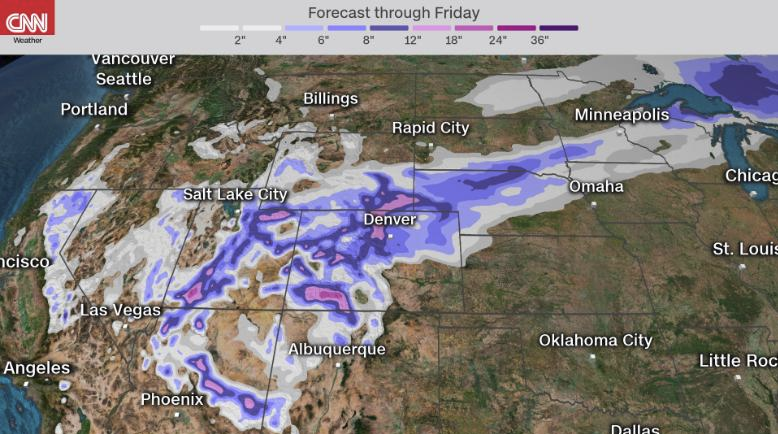 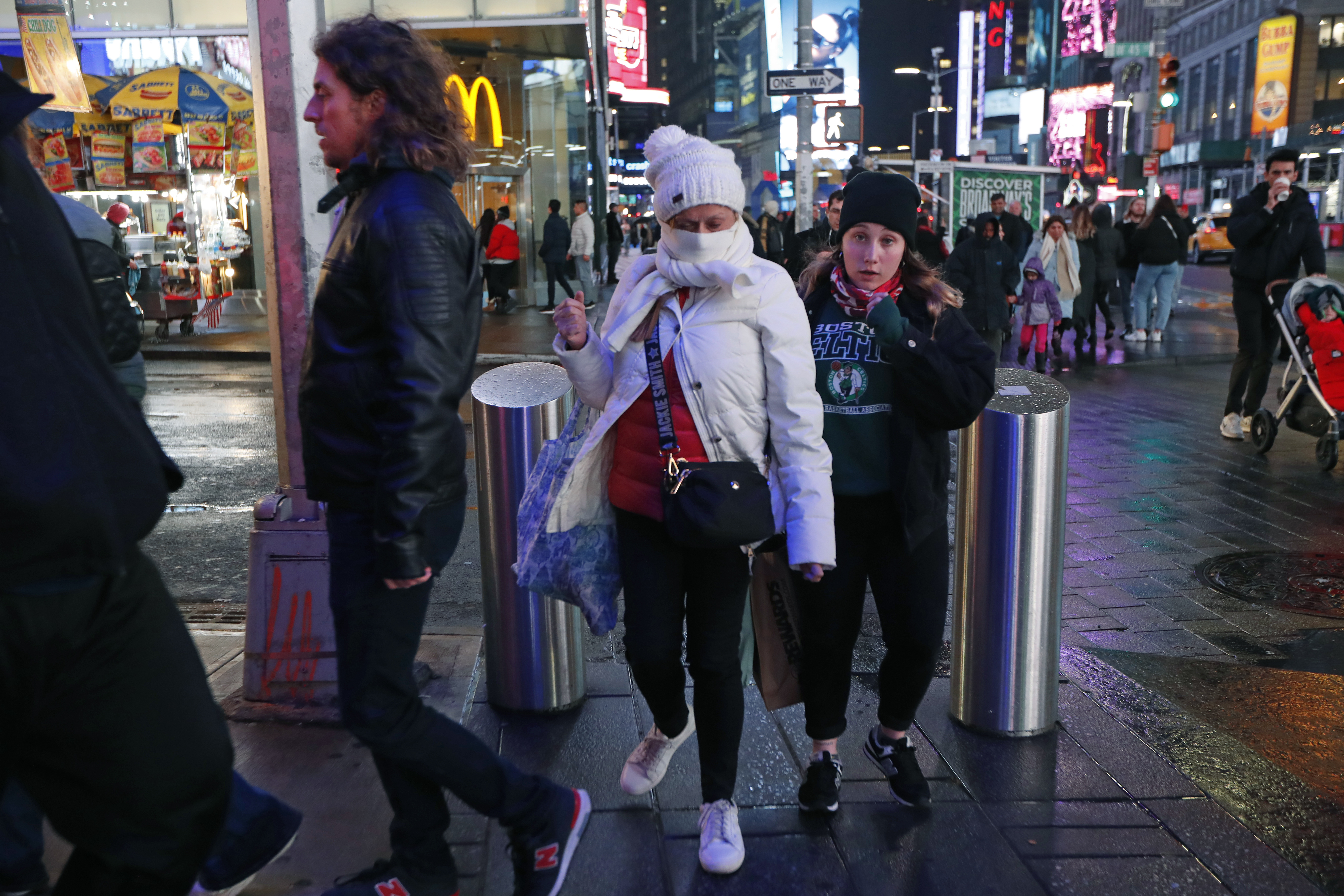 Heavy snow was expected beginning Wednesday across the Southwest and Central Rockies, the National Weather Service's Weather Prediction said in a tweet.

"An anomalously strong upper-level low is forecast to sit over California through midweek, while upper-level disturbances moves eastward over the Four Corners into the Plains by Thursday," the NWS said in a statement.

CNN meteorologist Dave Hennen said the storm will "impact almost every state in the lower 48."

Much of the U.S. will see blizzarding conditions amid the wintry storm, while others will see thunderstorms, heavy wind and rain.

This is expected to dump around 6 to 12 inches of snow across the Mogollon Rim, Central Rockies and Wasatch.

Flagstaff, Arizona and nearby areas could see around a foot of snow, CNN reported.

Areas with higher elevations will see even more snow, the NWS said. 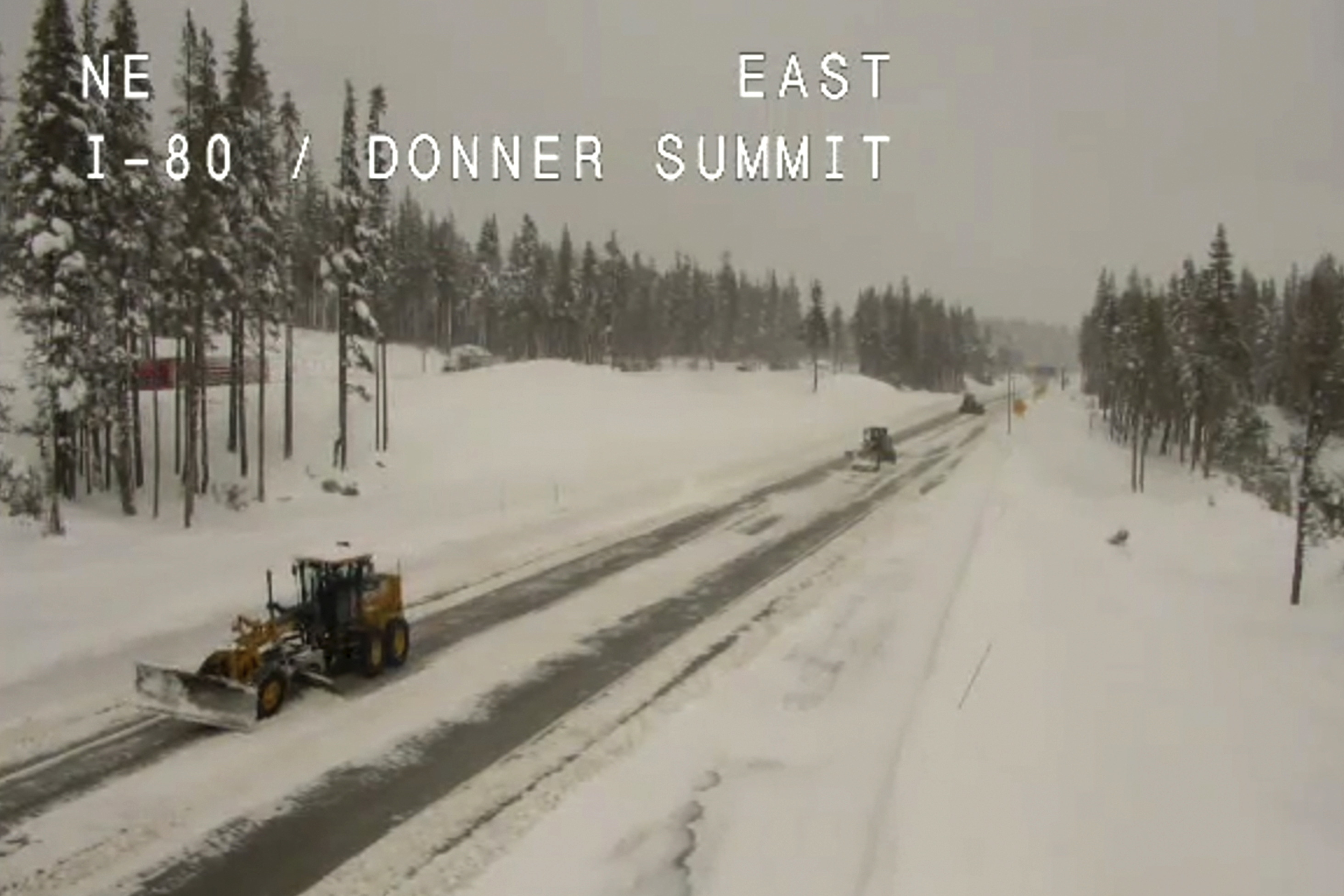 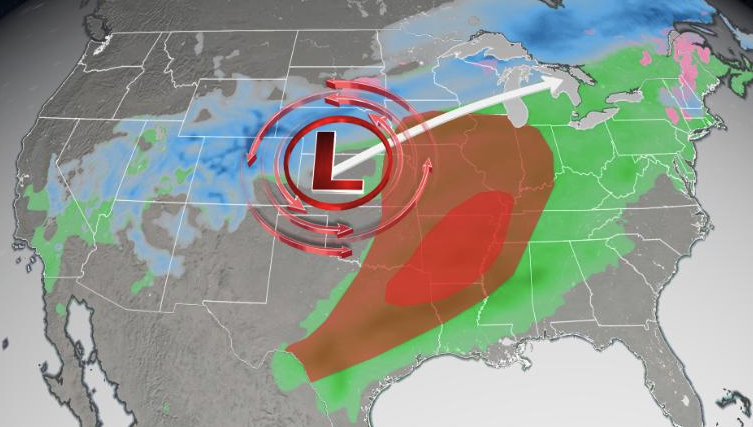 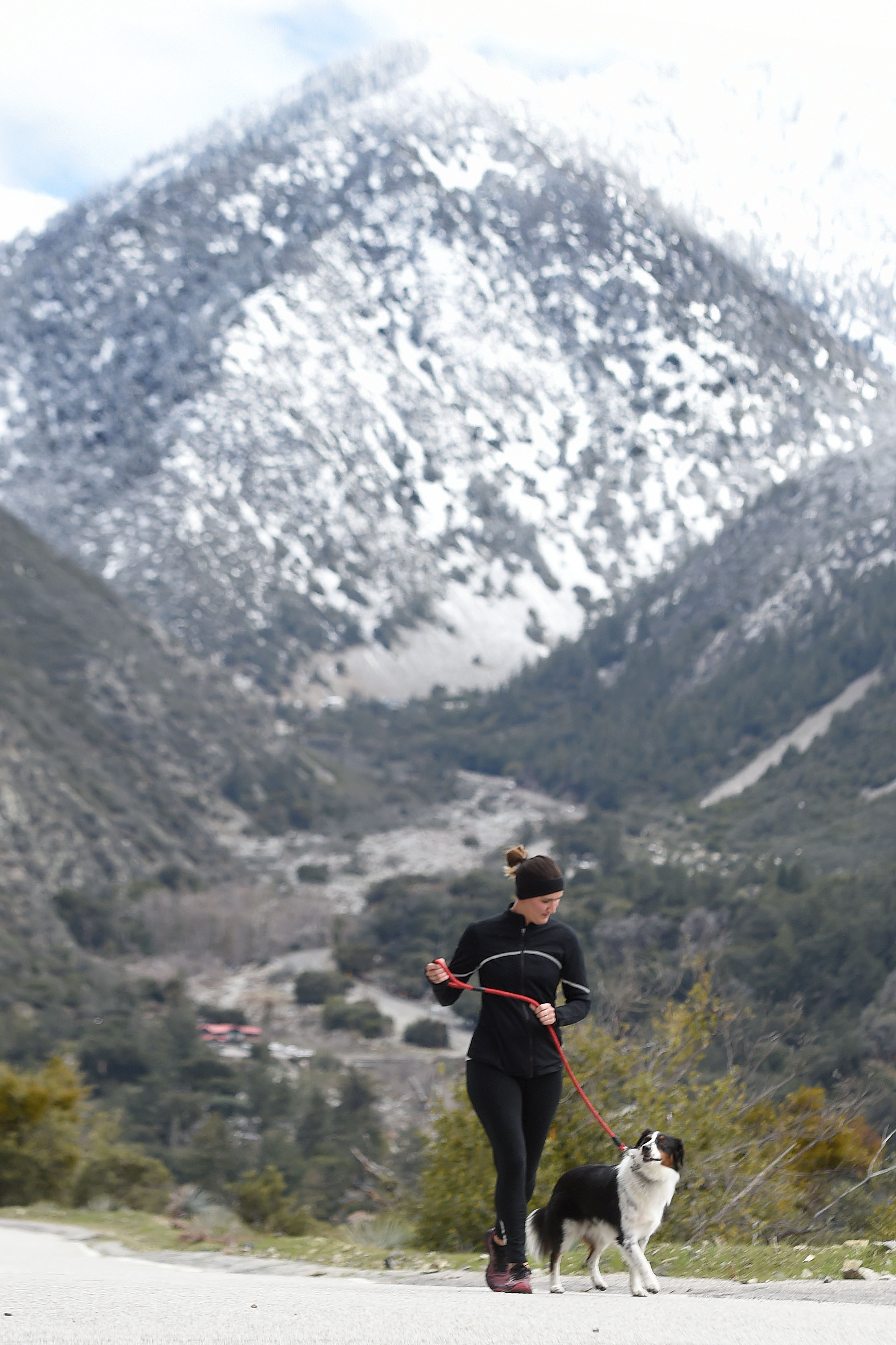 Beginning Thursday – on the first day of spring – the Central Plains will see around 4 to 6 inches of snow, the NWS said.

Wyoming and western Nebraska are under blizzard warnings on the spring equinox, with anticipated "drifting snow and whiteout conditions."

The Northern Plains and Upper Midwest are also predicted to have a dusting of snow.

Although it may seem late for a blizzard, CNN meteorologist Chad Myers said it's not unheard of.

"But they differ from mid-winter events due to the increased moisture content in the slightly warmer late-season air," he added.

Pictures showed Interstate 80 at Donner Summit in California was already battered with snow on Tuesday. 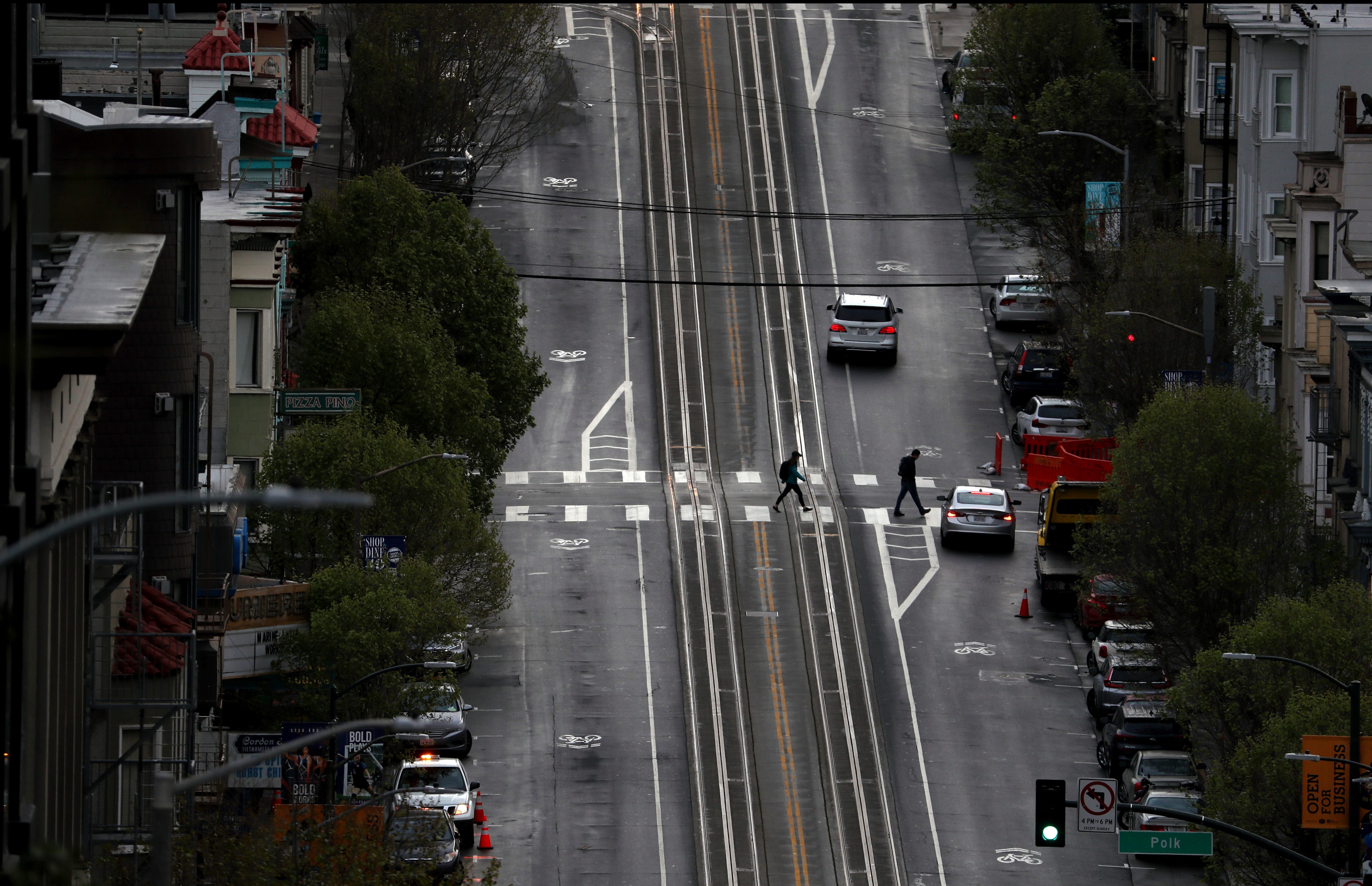 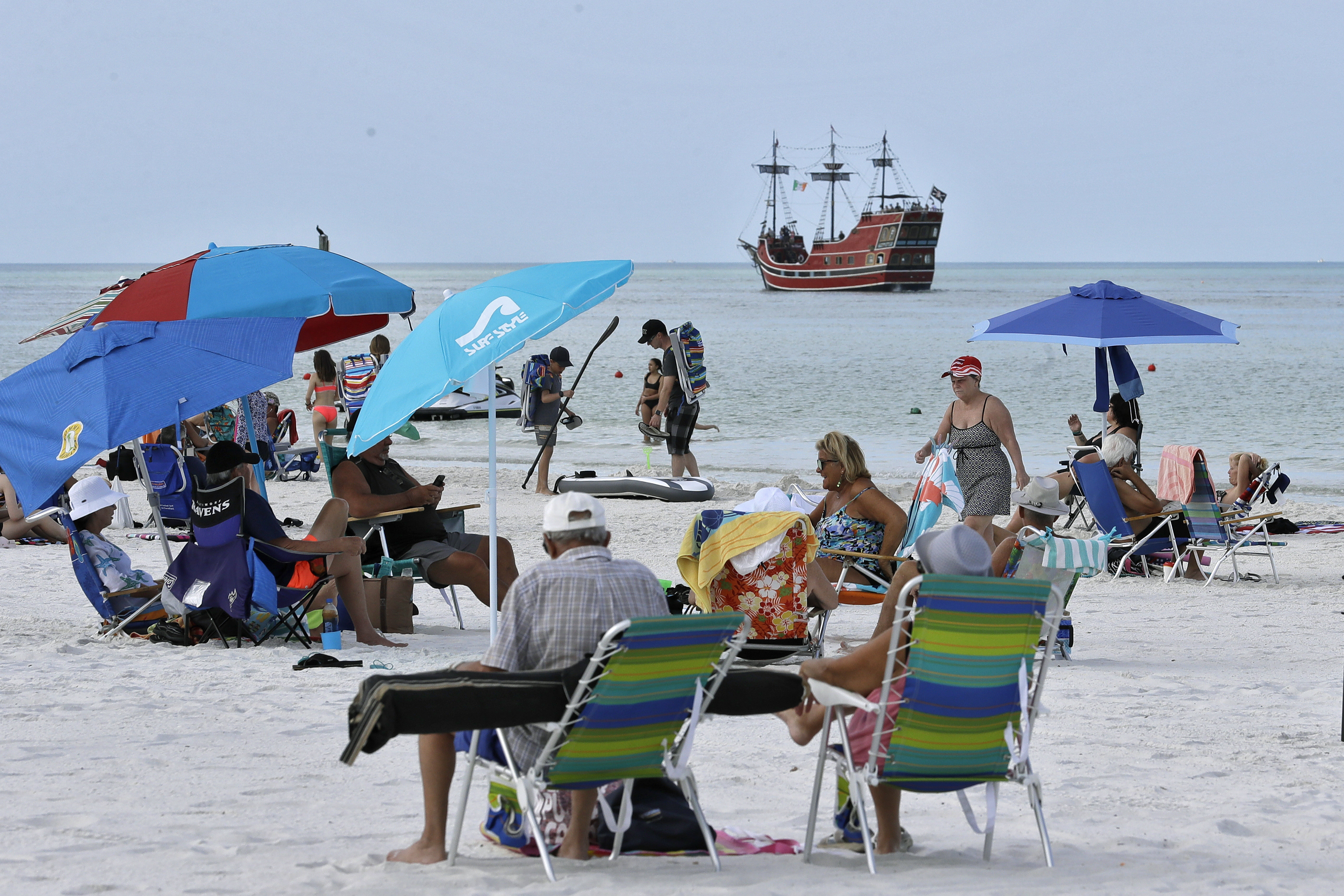 Beginning Wednesday, the Mississippi Valley, Ohio Valley and parts of the Southern plains are expected to have "severe thunderstorms" and flash flooding, that could continue into Thursday and Friday.

This Shirley Temple Dance Was Censored from Theaters for 1 Reason