Hundreds of football fans turned out to welcome the Colombian national team as a police escort guided them past well-wishers two days after World Cup defeat.

The team lost on penalties to be knocked out of the tournament on Tuesday, leaving England to progress to this weekend’s quarter-finals.

Streets teemed with sports fans waving the country’s flag as a yellow bus waded through the masses under heavy security in Bogota. 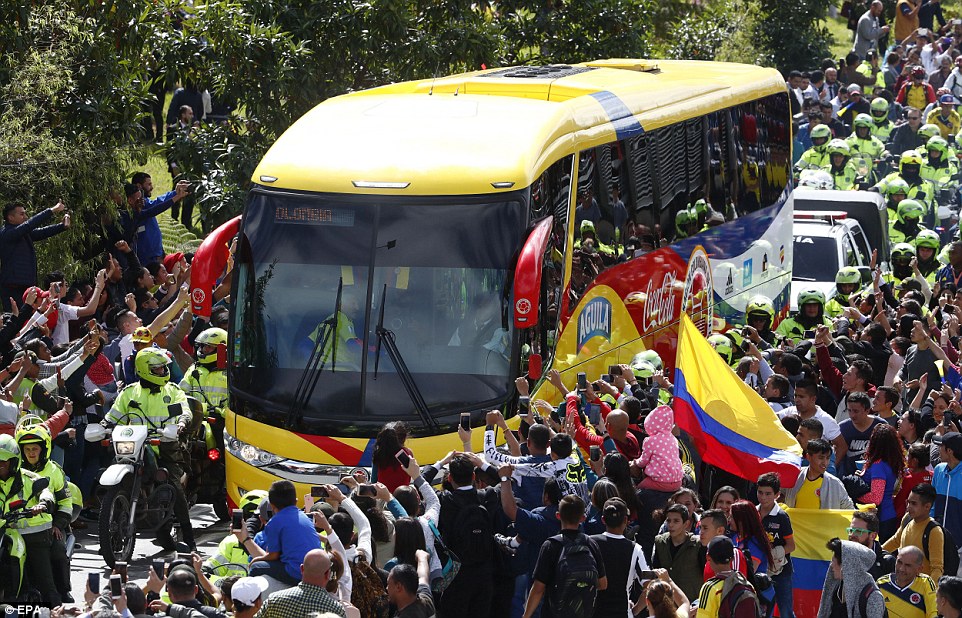 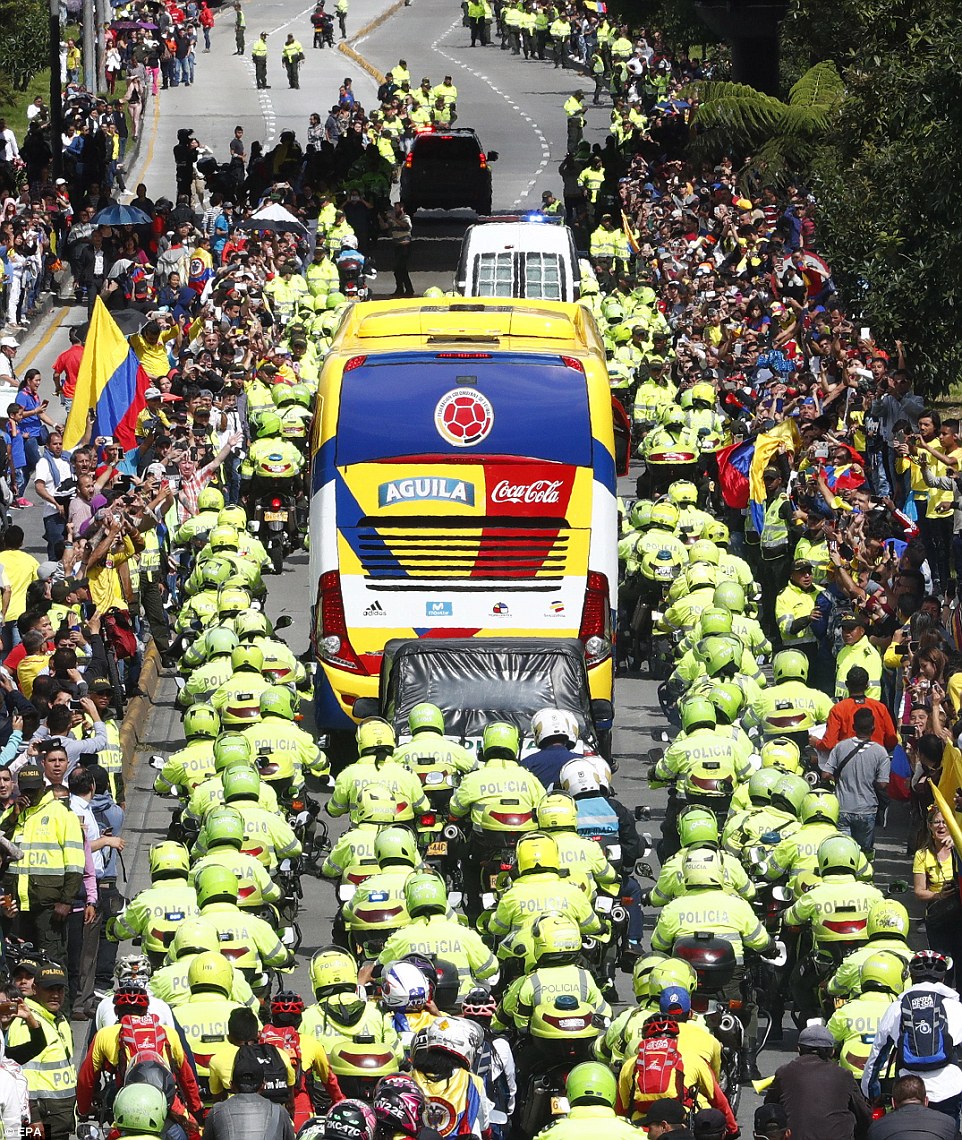 Scores of officers lined the area around the bus, which was led through the crowds by another police vehicle amid death threats that were issued following Tuesday’s defeat 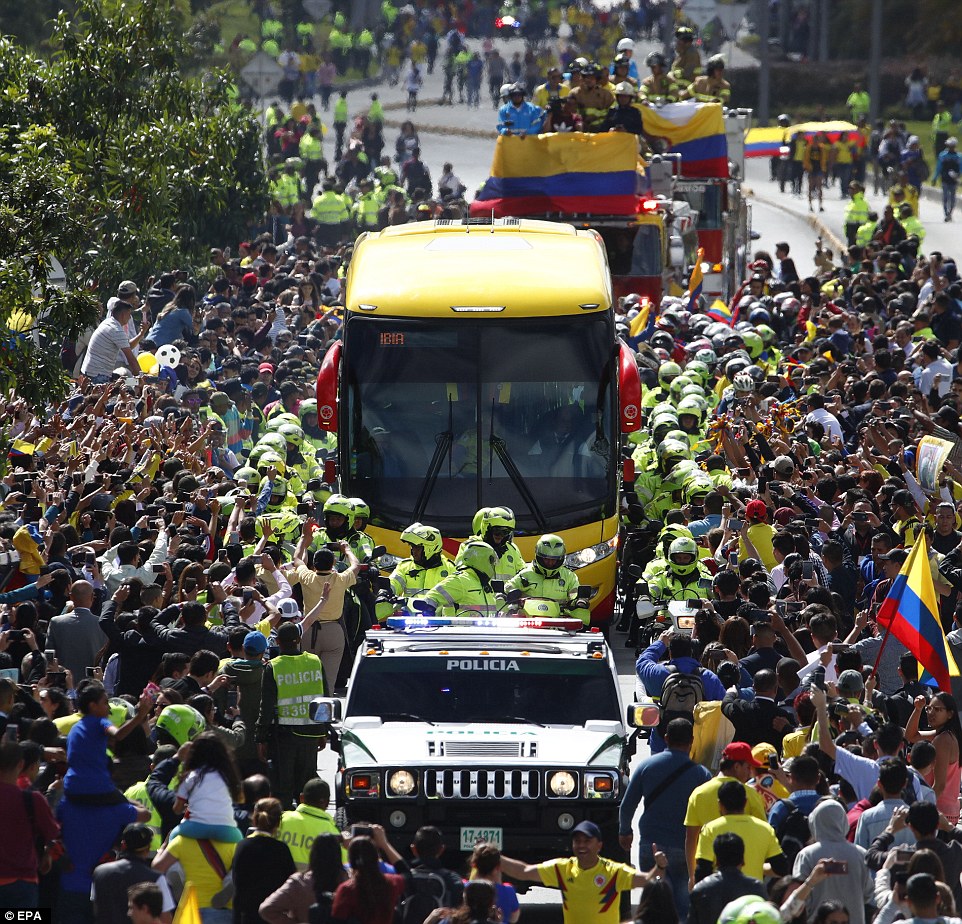 Colombia crashed out when England defeated them on penalties this week, leading to safety concerns for the players as abusive messages were sent online

Concerns for the safety of the players were voiced this week as the world remembered the murder of footballer Andrés Escobar after he scored an own goal in the 1994 tournament.

The Colombian was shot six times on the streets of Medellín just 10 days after his humiliating blunder against the United States – a murder many put down as retaliation from an angry countryman. 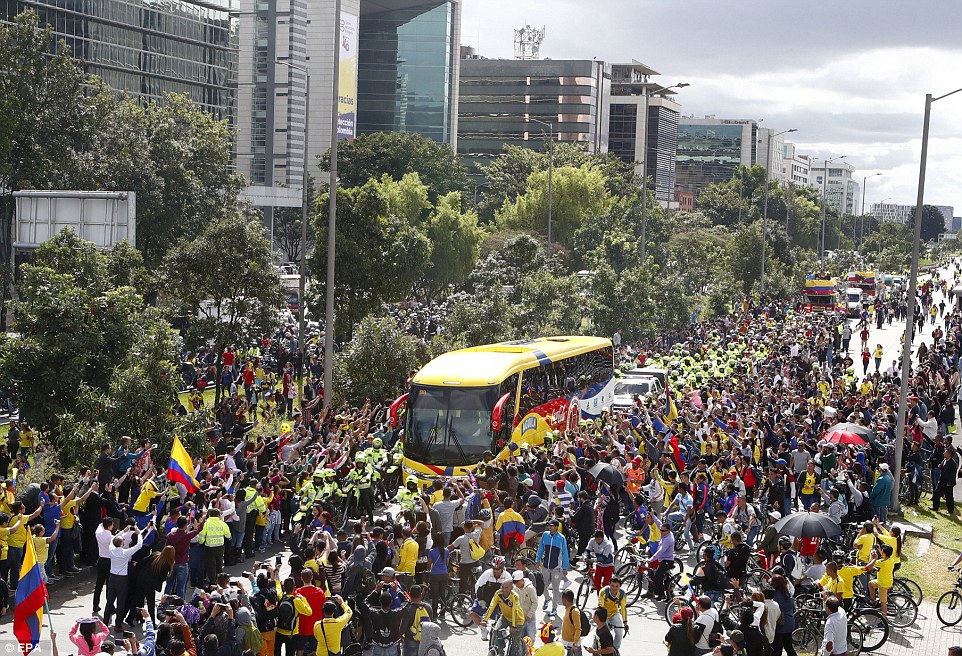 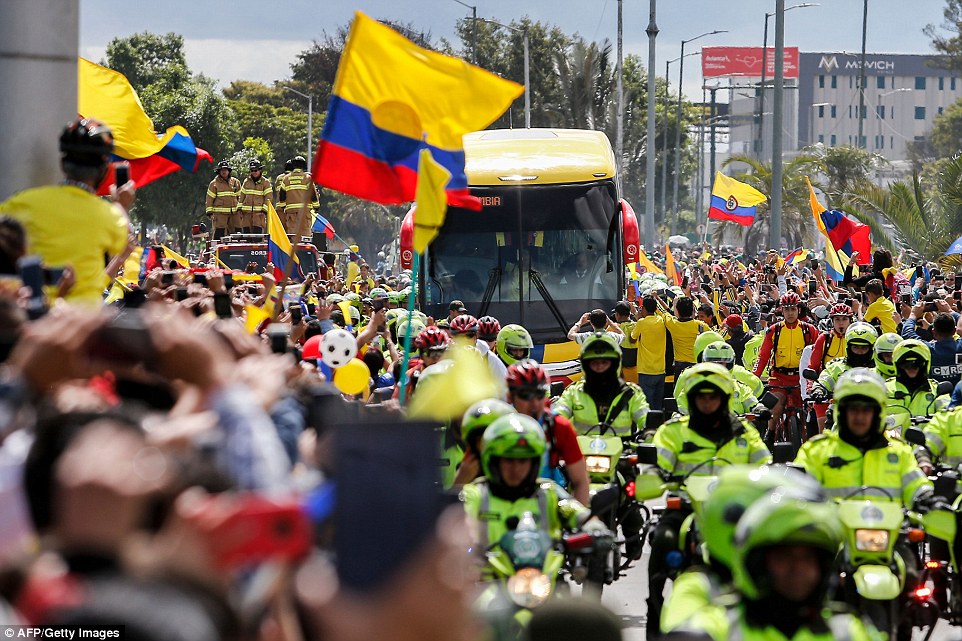 His brother Sachi Escobar told Business Insider that he was fearful for Carlos Sanchez and his family after the midfielder conceded two penalties in the build-up to the team’s final match.

The player has been subjected to death threats online following England’s win, something Mr Escobar says he wouldn’t wish on anyone. 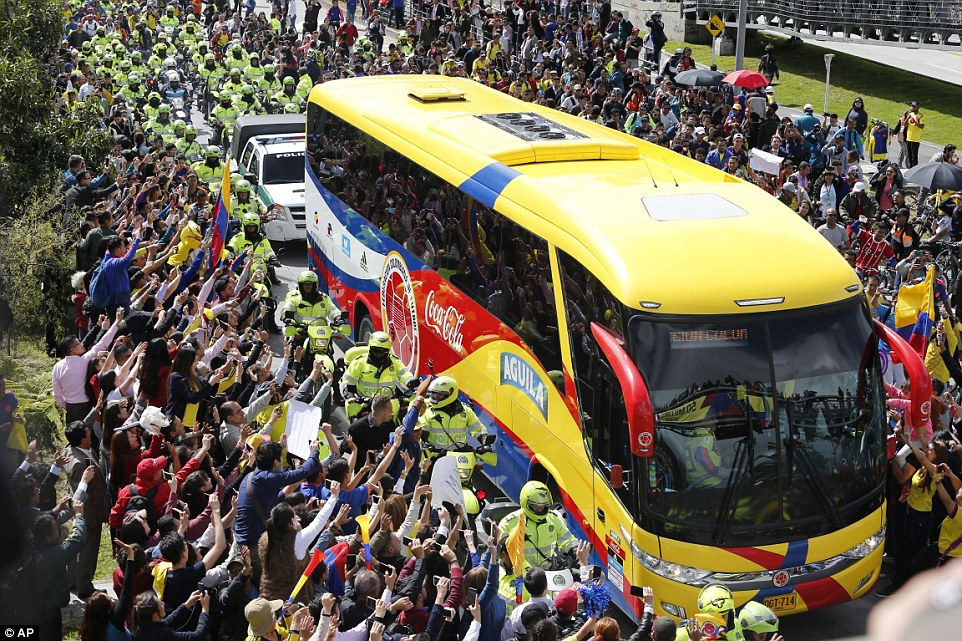 ‘Carlos must be feeling both sad for the mistake he made, and very afraid, and his family too,’ he said. ‘My brother never received any threats, they just shot him dead in the most cowardly way.’

Authorities saw fit to surround the bus with scores of police officers on motorcycles as it returned from the World Cup in Moscow, Russia. 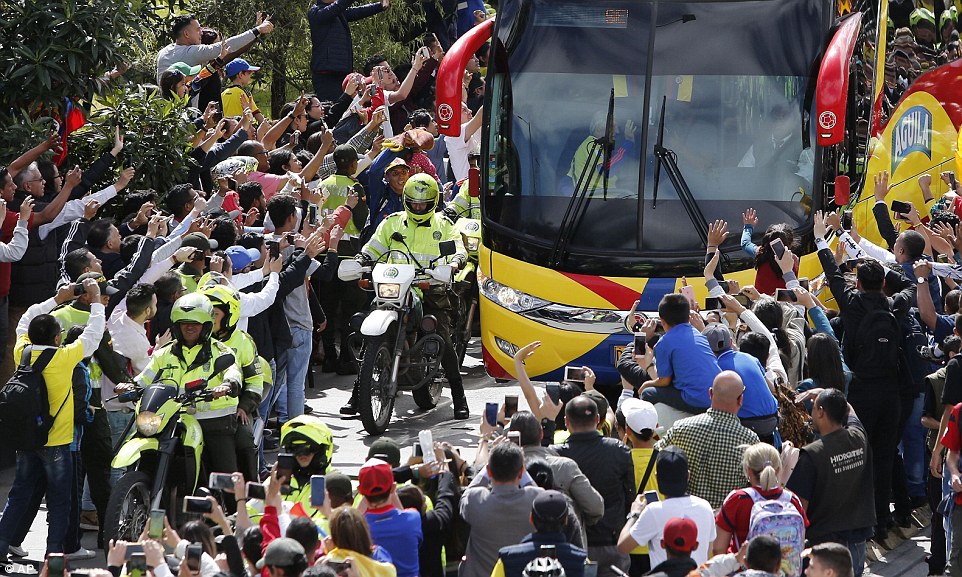 And a 4X4 police car led the convoy, flanking the bus from the front and carving a path through the fans that greeted it with enthusiasm.

But supporters seemed happy to welcome the players home as they snapped pictures of the bus passing through the crowded streets.

Doctor of the Year dared to turn whistleblower on three colleagues