A CHINESE student who travelled from Wuhan to Ireland has been put into isolation.

The possible patient is being kept in isolation in Waterford as a "precautionary measure". 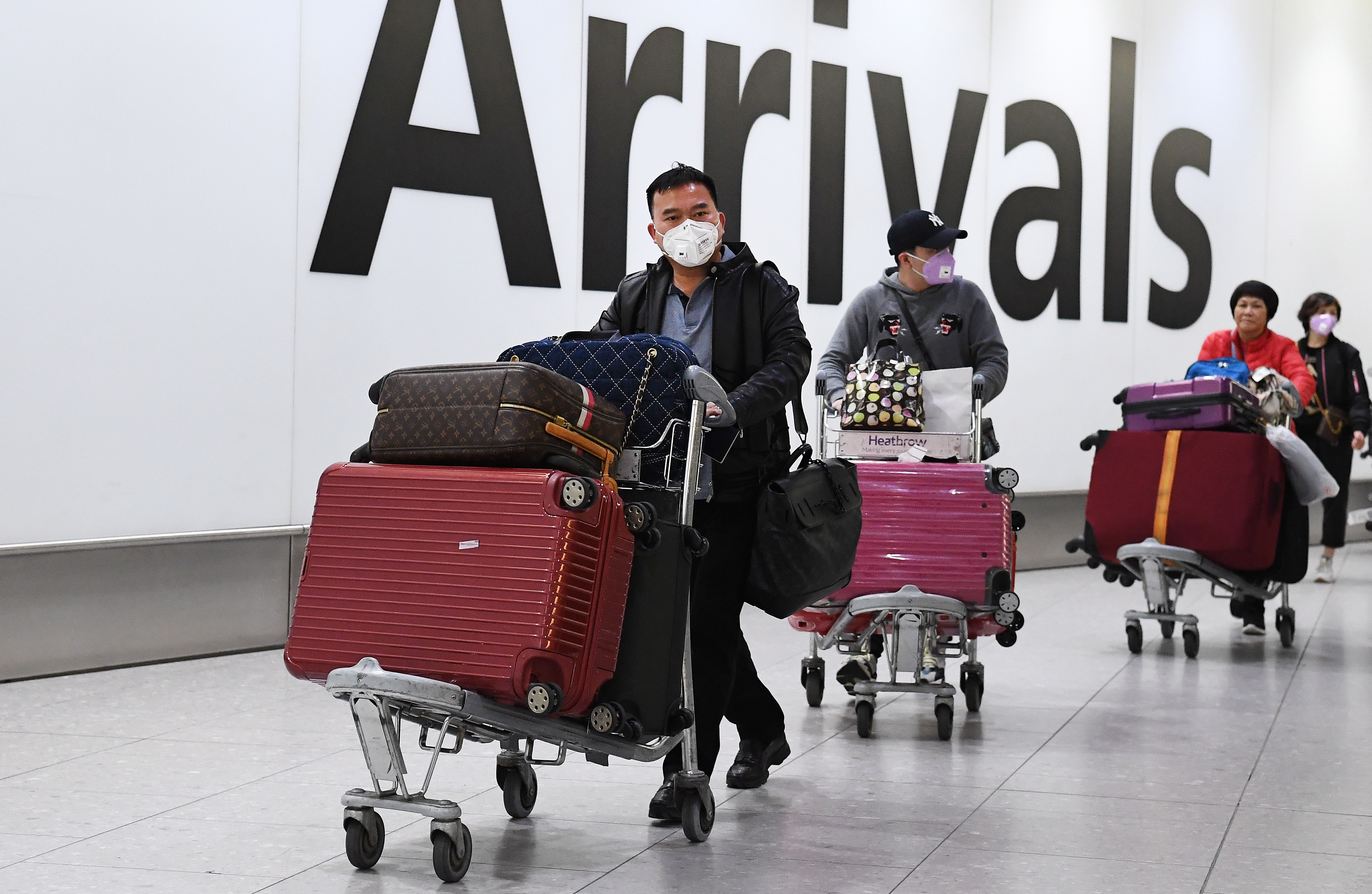 He arrived in Ireland yesterday, having left Wuhan days ago before the city was shut off.

Virgin Media News reports he is not unwell or showing any symptoms at the moment, but has been quarantined to be safe.

52 people across England, Wales, Scotland and Northern Ireland have already been tested for the deadly flu-like virus and were found to be negative, but there are fears the UK could have its first positive test "within days".

NHS staff have been put on high alert over how to handle "infectious" bodies, as there are concerns the killer bug will hit the UK.

An 11-page guide has been prepared by Public Health England and has advised GPs to avoid examining suspected coronavirus victims and keep them in closed rooms.

More than 80 people have died worldwide after becoming infected with the killer virus, with more than 3,000 hit.

China's president Xi Jinping yesterday warned of a "grave situation" as he said the killer coronavirus was "accelerating its speed".

Thailand and Hong Kong each reported eight cases, the US, Taiwan, Australia and Macau have five each, Singapore, Japan, South Korea and Malaysia declared four, France has three, Vietnam two, and Nepal one.

Across China there have been 2,744 confirmed cases, with 1,423 cases being in Hubei.

The youngest confirmed case is a nine-year-old girl in Beijing.

There has been no reported deaths from coronavirus outside of China.

It comes as hundreds of Brits are stranded at the centre of the coronavirus outbreak after China blocked attempts to airlift them home.

Officials have told all countries its lockdown will not be lifted for repatriation flights, a Foreign Office source revealed.

Coronaviruses are a large family of viruses that can cause infections ranging from the common cold to Severe Acute Respiratory Syndrome (Sars).

Coronavirus is an airborne virus, spread in a similar way to colds and the flu.

It is incredibly contagious and is spread through contact with anything the virus is on as well as infected breath, coughs or sneezes.

In 2003 an outbreak of a similar virus, Sars, killed more than 900 around the world within weeks.

Yesterday worried Brits in the city of Wuhan — the source of the deadly illness — said they had been left without any information.

The Foreign Office updated its guidance to "advise against all travel to Hubei province", which has been on lockdown for several days as China seeks to contain the illness.

But the guidance also added: "If you are in this area and able to leave, you should do so. This is due to the ongoing novel coronavirus outbreak."

UK Home Secretary Patel said today the government was "looking at all options" as it considers airlifting British nationals from Wuhan.

21 Dresses on Sale That We Actually Want to Buy

'Marvelous and the Black Hole' Review: A Sweet but Slight Coming-of-Age Comedy About Letting a Little Magic Into Your Life [Sundance 2021]

‘Theresa May, put our national pride before the fool Donald Trump’