EXCLUSIVE: Coroners warn over motorway aquaplaning hotspots after hairdresser, 22, is killed as Met Office warns of more rain and floods

Three coroners have issued warnings over dangerous aquaplaning hotspots on Britain’s motorways following the death of a young hairdresser and two 26-year-old men – as the Met Office warns more rain is on the way.

Josie Archer-Smith, 22, was a passenger in a white Mercedes-Benz driving along the M20 towards London when the vehicle slid out of control and struck a stationary vehicle on October 2020.

Jordan Pry, 26, died in similar circumstances when he lost control of his BMW when driving along the M25 near Clacket Lane Services in Surrey amid heavy rain in April 2018.

And Ryan Taylor, also 26, was killed when he suddenly veered across the road after encountering surface water and colliding with a Mazda while driving his Jaguar along the A390 in Cornwall in March 2019.

Josie Archer-Smith, 22, was a passenger in a white Mercedes-Benz driving along the M20 towards London when the vehicle slid out of control 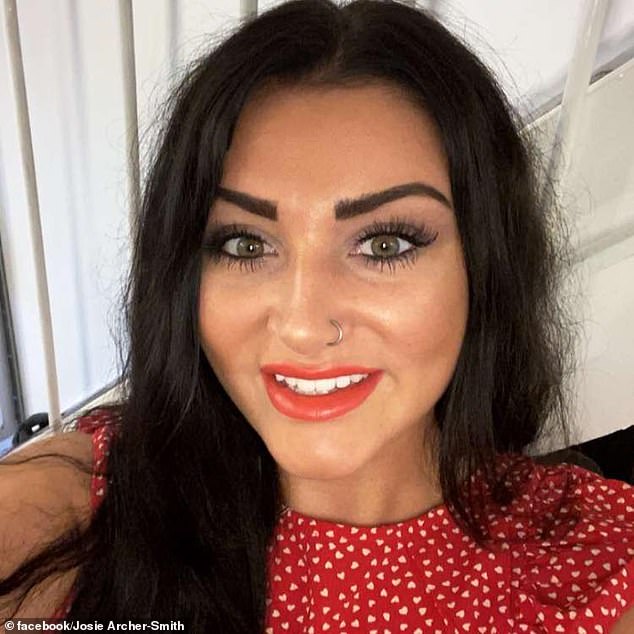 It comes as three coroners have published Prevention of Future Death reports in recent weeks citing concerns following the deaths – all of which were caused by drivers aquaplaning through stretches of motorway prone to flooding.

Ms Archer-Smith had been travelling to celebrate a friend’s birthday when the the fatal crash took place – hitting a blue Mitsubishi which itself had been involved in an earlier crash.

Ms Archer-Smith, a hairdresser, suffered a traumatic brain injury and was pronounced dead at the scene. Her two friends, one of whom was driving the car, survived the crash.

The scene of the incident, between junction 6 for Maidstone and junction 5 for Aylesford, has been identified by a coroner as having has ‘a number of collisions occur which appear to have been caused by water/aquaplaning’.

An inquest into the hairdresser’s death revealed that 18 crashes had taken place in the area over the previous five years in similar conditions.

Penning a report last month, assistant coroner for Mid Kent and Medway James Dillon wrote: ‘Investigating police from the Serious Collisions Investigation unit commented that they are aware that this location is a problem in heavy weather and have attended collisions at this location in the past.

He added: ‘The crash location is at the bottom of an incline on the M20 motorway which normally would not cause an issue, however the road also has a camber which causes water to run across the carriageway rather than draining into either the central reservation of the drain on the hard shoulder. 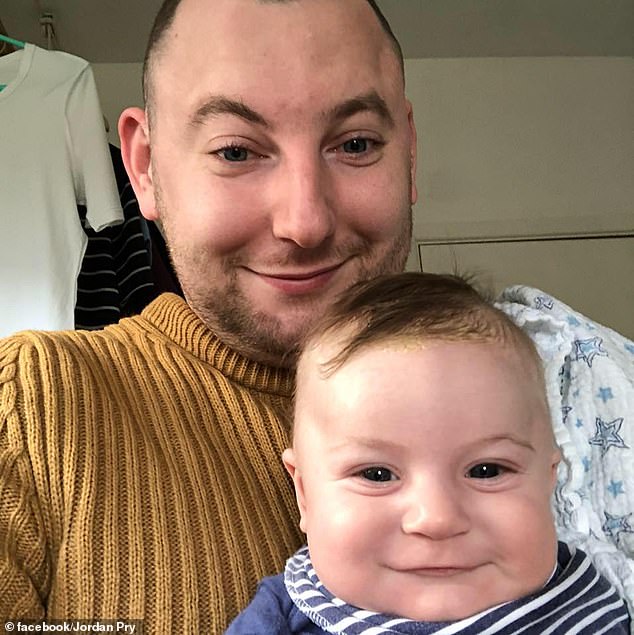 Jordan Pry, 26, died in similar circumstances when he lost control of his BMW when driving along the M25 near Clacket Lane Services in Surrey 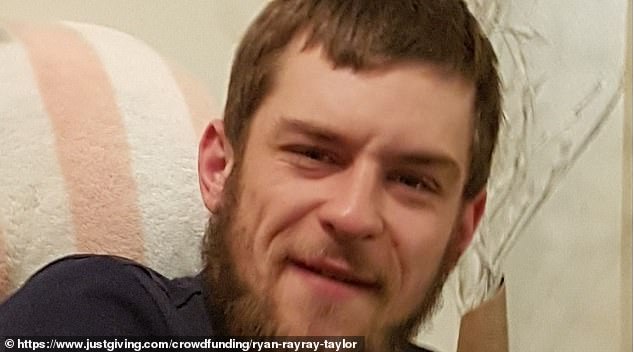 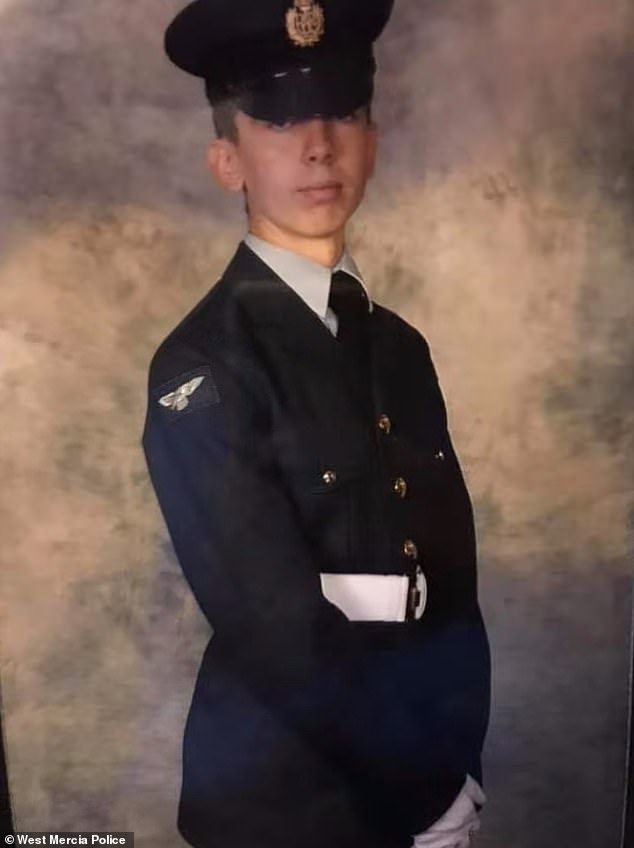 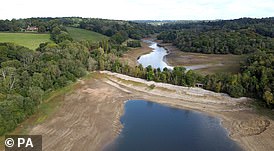 England will suffer another drought this summer unless there is exceptional rainfall in coming months, says the Environment Agency. Pictured: Ardingly reservoir in West Sussex at 30 per cent its normal capacity, September 27, 2022

‘The police officer believes that it is when this heavy water is running across the carriageway that there is an issue which does require further investigation as to any remedial works that can be completed to prevent any further fatal/serious injury collisions.’

Mr Pry’s fatal crash has also been made subject to a Prevention of Future Deaths report published last week.

His car rotated before leaving the carriageway, falling down a steep embankment and crashing into a tree on the M25 on April 2, 2018.

Mr Pry’s death came on a stretch of the orbital motorway, eastbound between junctions 5 and 6, that has a ‘long and significant history of aquaplaning incidents’ – including another fatal crash in 2010.

An inquest heard how he had been driving in lane three of four at 78mph when he  drove through an area of surface water on the road and the car began to aquaplane and rotate.

While still rotating, the car moved across lanes one and two before leaving the carriageway around 200 metres before Clacket Lane Services.

The car then moved down a verge before smashing into a tree, which intruded into the offside central pillar and driver’s compartment.

The ‘probable cause’ of his death was later identified as the ‘presence of excessive surface water on the road’.

This was caused by a blockage of a drain around 65 metres from the scene, which had been caused by a ‘large piece of plastic entering the drainage system’.

It resulted in a flow of water travelling across the carriageway and to a flat spot where the water was able to settle.

Richard Travers, Senior Coroner for Surrey, said there had been a ‘long history of wet-road related incidents at the location, including many aquaplaning events and a previous fatality’.

There had also been an absence of any warnings over the risks of aquaplaning.

The coroner added: ‘I was told in evidence that there are ongoing investigations concerning the risk arising at the location, that a decision as to whether or not the flat spot should be addressed is still to be taken, and that a comprehensive plan for the management of the risk at the location cannot be made until that decision is taken. 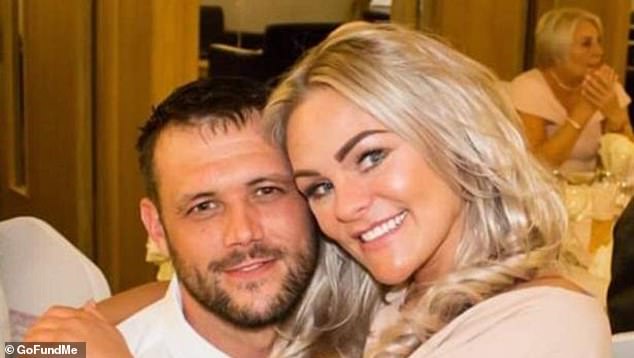 ‘Beautiful’ mother Natalie Doherty, 33, died when she crashed into a tree after losing control of her car on the M62 in November 2021 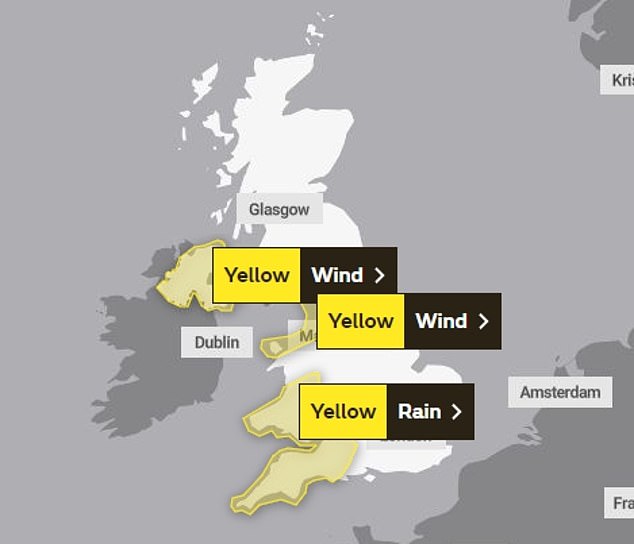 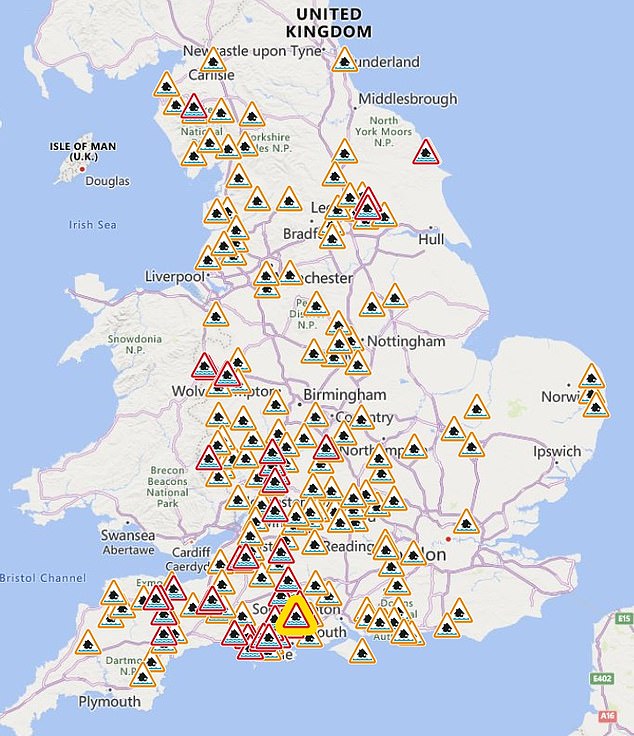 ‘The concern arising, therefore, is that there is an ongoing risk of further death at this location pending the implementation of an informed and comprehensive plan for risk management.’

Mr Taylor lost control of his car while driving to pick up his pregnant girlfriend from hospital on March 16, 2019.

The crash took place during daylight, but visibility was poor due to heavy rain and gullies on the side of a slip road had become overwhelmed, causing water to flow onto the A-road.

An inquest into his death found no evidence of excess speed or unsafe driving, with forensic investigators identifying that he had ‘little or no warning of this sudden loss of control’.

The cause of the crash was instead identified as surface water on the road.

Cornwall Council has since made significant improvements to the drainage in the area of the fatal crash at a cost of approximately £370,000.

The three reports come after the death of 18-year-old RAF serviceman Harvey Blount on the M42 last in March 14, 2021.

He was making a Mother’s Day visit when the car he was a passenger in aquaplaned in a flooding hotspot on the southbound carriageway of the M42 near Hopwood, Birmingham.

Subsequent remedial works have taken place, but nine flooding-related crashes took place on the stretch in the 12 years prior.

And ‘beautiful’ mother Natalie Doherty, 33, died when she crashed into a tree after losing control of her car on the M62 in November 2021. 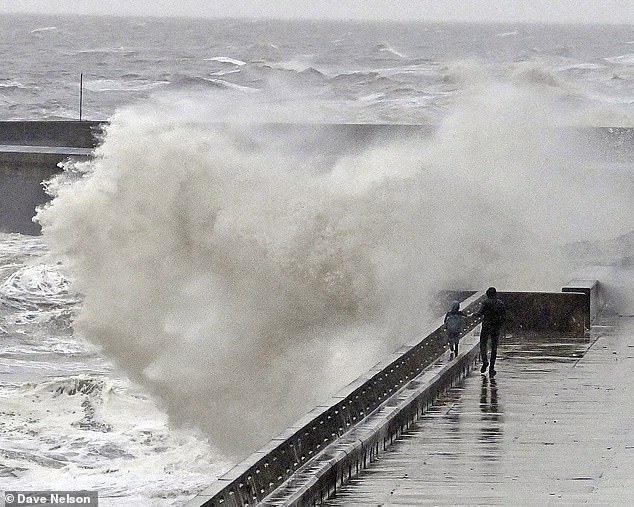 While the drainage on the northbound carriageway near Bury was identified as effective, the sheer amount of rainfall had caused it to become insufficient.

The warnings come as the Met Office has issued yellow weather warnings for rain and wind across parts of the country until tomorrow.

There currently remains 46 flood warnings and 151 flood alerts in place across England.

Forecasters have warned of more local river and surface water flooding throughout the remainder of the week.

Speaking in the Met Office 10-Day Trend, meteorologist and presenter Aidan McGivern said: ‘The jet stream is approaching the UK from the west and sending us further areas of low pressure, with tightly packed isobars across the UK. That continues to be the case as further low-pressure systems deepen and get sent in from the west.

‘It’s going to stay blustery, with some strong gusts in the west in particular and these lows will continue to send us outbreaks of rain and showers heading into the weekend.’

He added: ‘With all that wet weather coming in, there are concerns, particularly for those areas that have already seen so much rain across western England and Wales. The wettest weather is likely to see 60-80mm falling across the Brecon Beacons and Exmoor.’

Further heavy rainfall is expected to batter Britain on Friday night and into Saturday morning, with northern areas to bear the brunt of the weather.

These are the best and worst state economies