The energy crisis has caused a spike in the theft of solar panels as people desperately try to keep bills down, new data shows.

Criminals now target solar panels almost as much as cables and copper wires, with a large number of solar farms struck more than once this year.

At least two sites have been targeted five times each and Worcestershire has been the country’s worst hotspot for solar panel thefts this year, according to DeterTech, who said overall thefts were up 22.5 per cent this year compared to last.

Tony Dean Davies, 33, was given a three-year criminal behaviour order last month for stealing £3,000 worth of panels from a disabled woman’s home near Evesham, Worcestershire, on October 24. 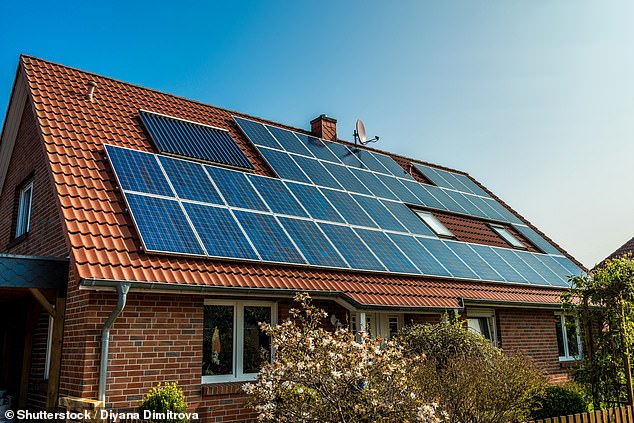 Criminals now target solar panels almost as much as cables and copper wires, with a large number of solar farms struck more than once this year [File photo]

And two high-value electric inverters and 220 solar panels worth £70,000 were stolen from a poultry unit in Lincolnshire in November last year.

DeterTech’s director of intelligence, Rachael Oakley, said there had been a clear change in trends with solar panels becoming more attractive to many thieves than traditional cable and copper wire heists.

‘The stolen solar panels then tend to be advertised online and bought by people or companies keen to offset their soaring energy bills,’ she added.

‘So we would discourage anyone from buying them second hand, or at the very least taking some steps to determine their origin.

‘We expect this to get worse as the energy crisis deepens.’ Former West Mercia Police officer Garry Higgins, now DeterTech’s director of commercial operations, said thieves now knew that solar panels would be straightforward to sell on.

‘As with any criminality when you’ve got any offending they steal for risk and reward, and now they know this technology will be easy to shift because the energy crisis is driving demand,’ he said.

‘We would urge people who do have panels to take proper security measures and use smart water to forensically mark the equipment to make it traceable and less attractive to criminals.’

HTGAWM Recap: All in the Family