Turner-prize winning artist Damien Hirst has admitted ‘all his ideas are stolen’.

The 52-year-old internationally-renowned figure has amassed a fortune of some £270 million from his formaldehyde-preserved animals and diamond-clad skull.

But now after years of speculation, Hirst – the world’s wealthiest artist – has told fellow artist Sir Peter Blake he was told to ‘steal ideas’ during his time at Goldsmiths College in London. 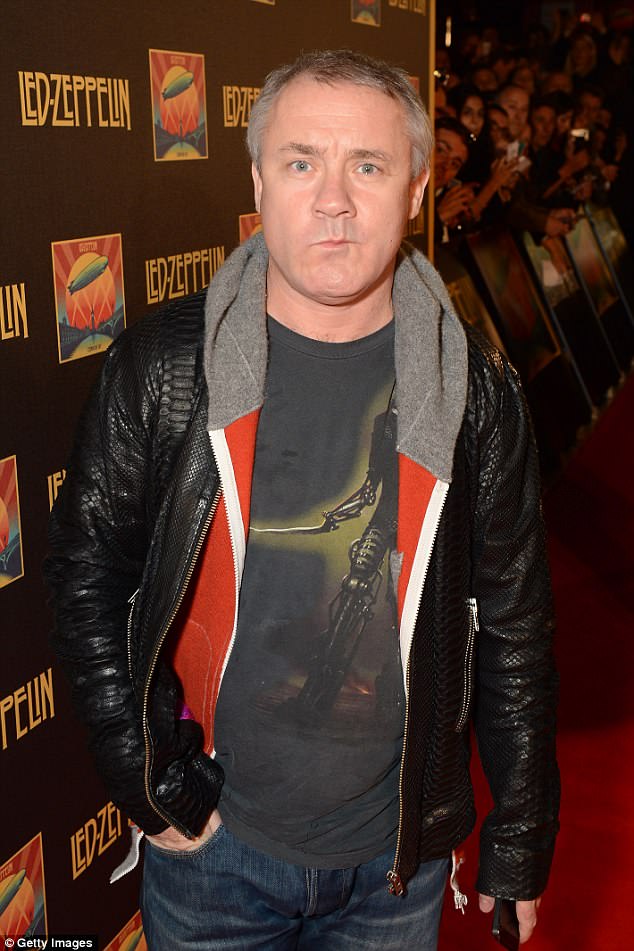 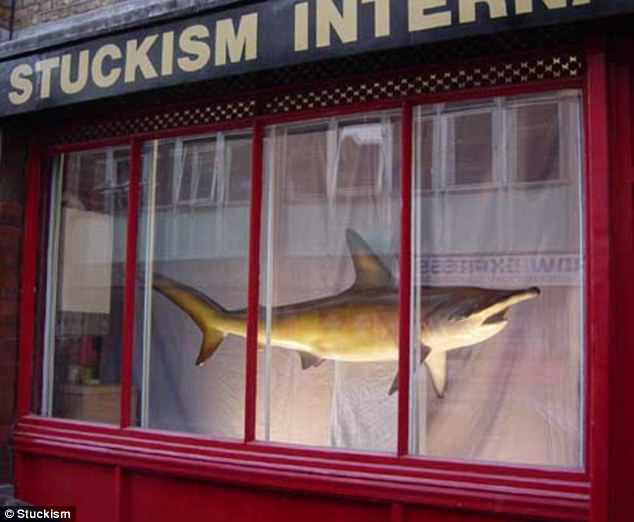 Eddie Saunders caught this shark in 1989 and displayed it in his J.D. Electrical Supplies shop in Shoreditch, London 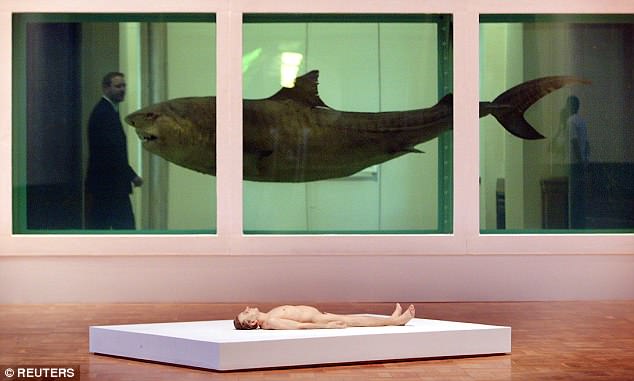 Damien Hirst’s ‘The Physical Impossibility of Death in the Mind’, portraying a shark within glass, steel, silicone and formaldehyde, on display at the Saatchi Gallery in London in 2003

Hirst told Sir Peter: ‘All my ideas are stolen anyway.

‘When I started at Goldsmiths that was the best thing really.

‘You realise that you do not have to be original. They said: ‘Don’t borrow ideas, steal them’.’

In 2012 Hirst was alleged to have based his four Magpie paintings on a similar work by unknown artist Max McLaughlin, which was created two years earlier.

All of the works feature magpies in what appears to be the corner of a room or on a table, although the bird in McLaughlin’s painting is pictured in flight.

A spokesman for Hirst denied he had plagiarised the images, however, McLaughlin insisted the similarities between his work and the Hirst paintings were too great to be mere coincidence. 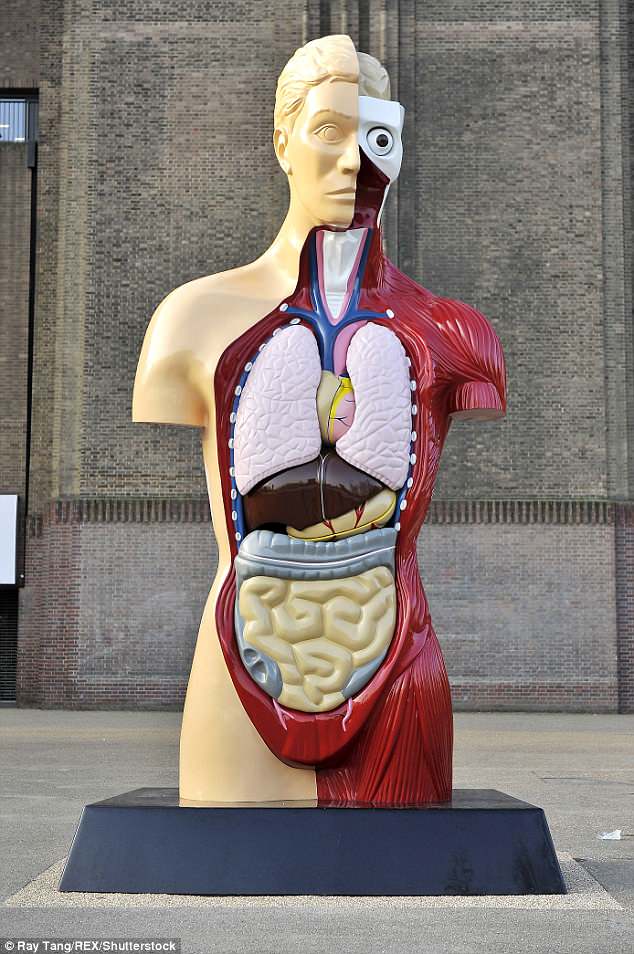 McLaughlin’s painting was first exhibited in 2008 at The Rising Stars exhibition held at the Coombe Gallery in Dartmouth, just 60 miles from Hirst’s restaurant in Ilfracombe.

It was not the first time that Hirst, who won the Turner prize in 1995, has been accused of plagiarism.

In 2013, the Stuckists art group claimed 15 of his works appeared to be based on the ideas of other artists.

And in 2000 he was sued for breach of copyright over his sculpture Hymn, a 20ft-high, six- ton enlargement of his son’s Young Scientist Anatomy set.

In an out-of-court settlement Hirst paid an undisclosed sum to Norman Emms, designer of the plastic biology model, and made donations to two children’s charities.

Hirst has three sons – Connor, Cassius, and Cyrus – from a 20-year relationship with Californian designer Maia Norman and a multimillion pound property portfolio .

His £150 million property empire includes a £40 million Regent’s Park home, £5 million villa on the Thai island of Phuket, and the £3 million, 300-room Toddington Manor in Gloucestershire.

Man Allegedly Set Girlfriend on Fire with Accelerant and Cigarette, Then Bought Bus a Ticket to Mexico