DRAMATIC footage shows the moment a shark capsizes a fisherman's kayak and drags him under water.

Graham Smith estimates he lost more than £400 worth of equipment when his kayak overturned battling a porbeagle off the Irish coast. 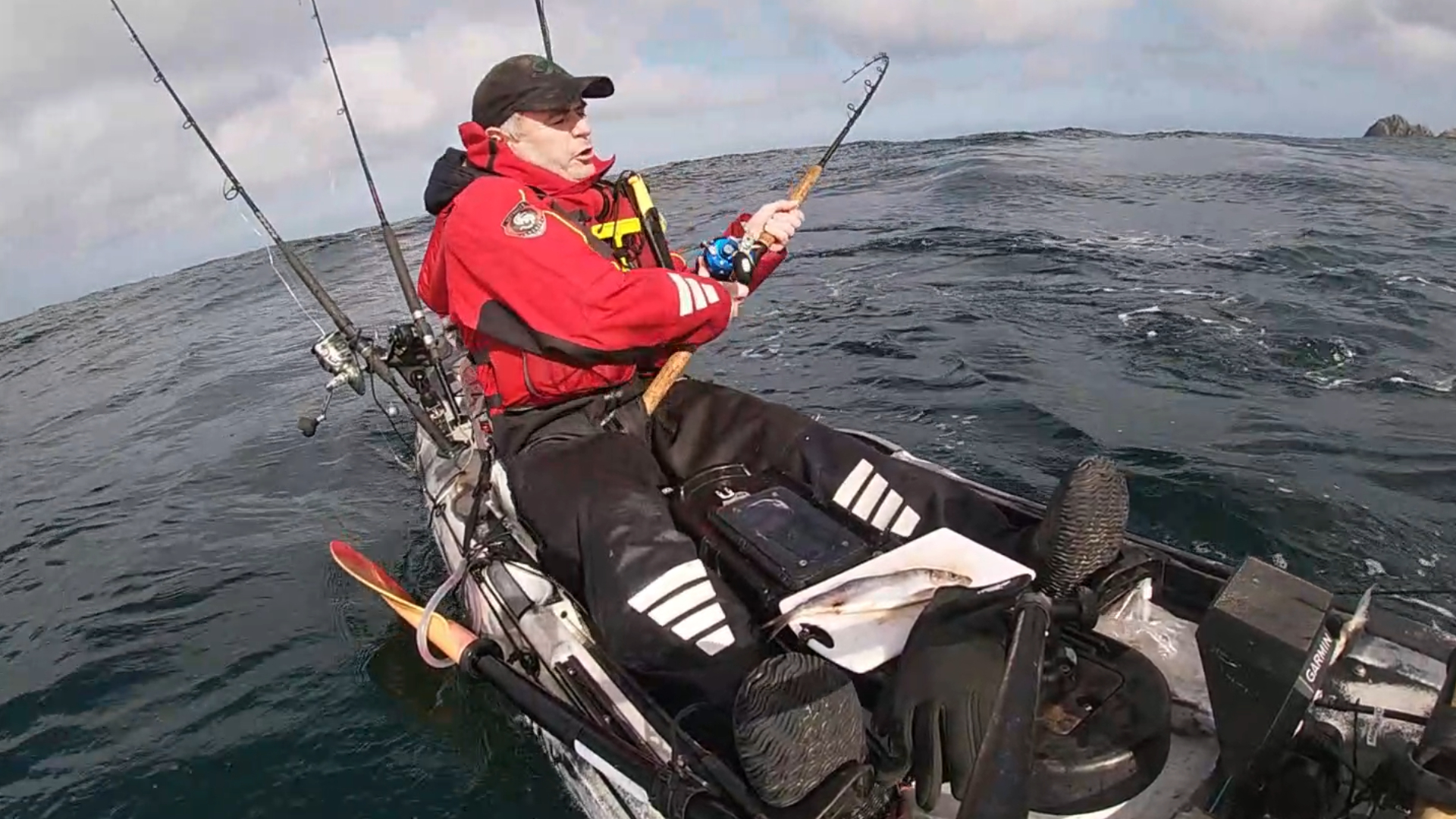 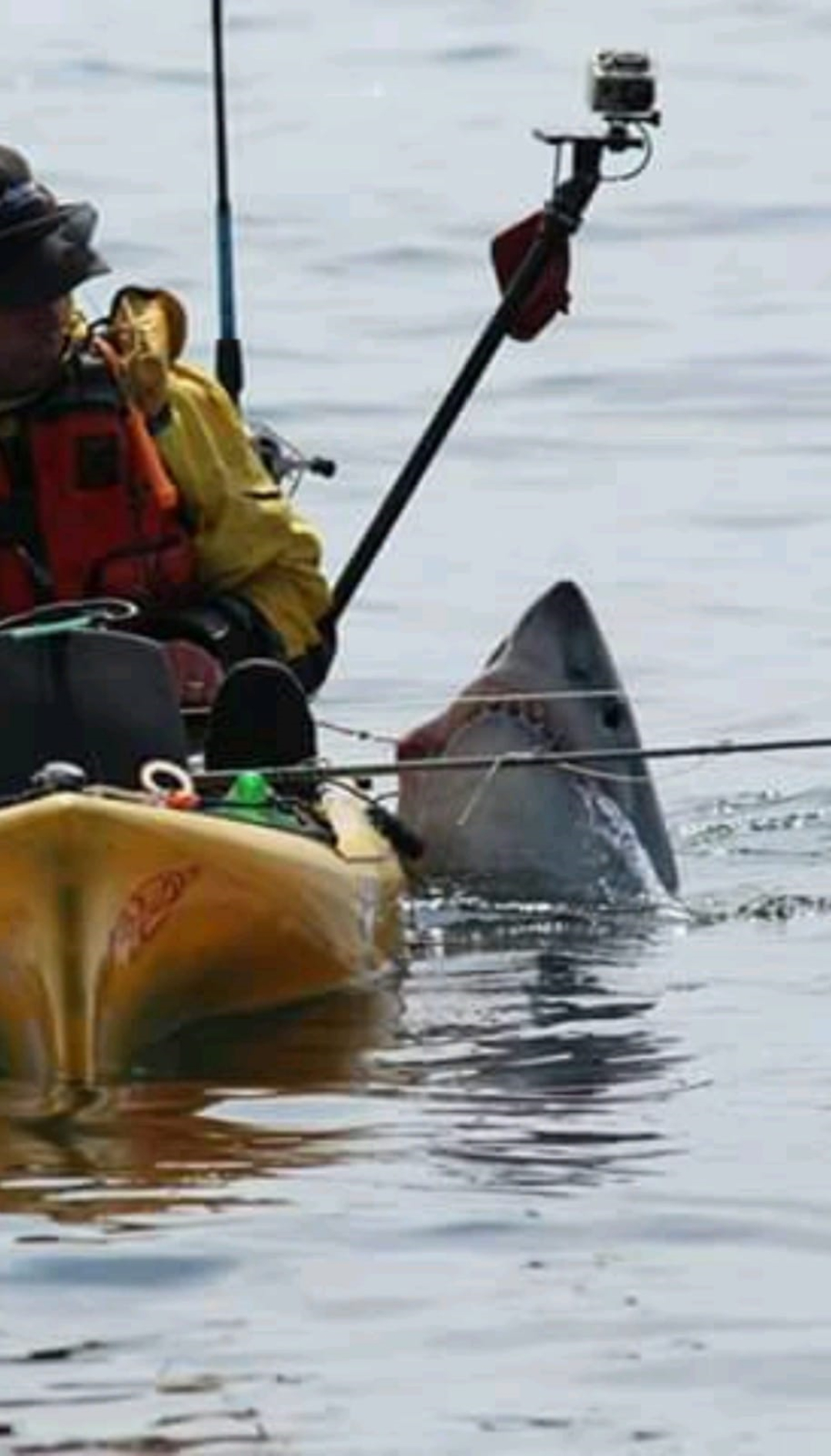 The 43-year-old said: "I go fishing for shark a couple of times a year off Donegal in Ireland.

"On that particular day, it was calm inside the headland but once you got outside it was rough.

"The porbeagle is a very clever shark. They're notoriously difficult. About 15 to 20 minutes I'd been fighting him."

He continued: "Towards the end of the fight, he took me out where it was very bad.

"Some lads that I know were there so I gave them a shout and said can you give me a quick tow out of this rough stuff – then I can get the shark up and let him go.

"But the shark caused a swell before we were ready and it just flipped the kayak." 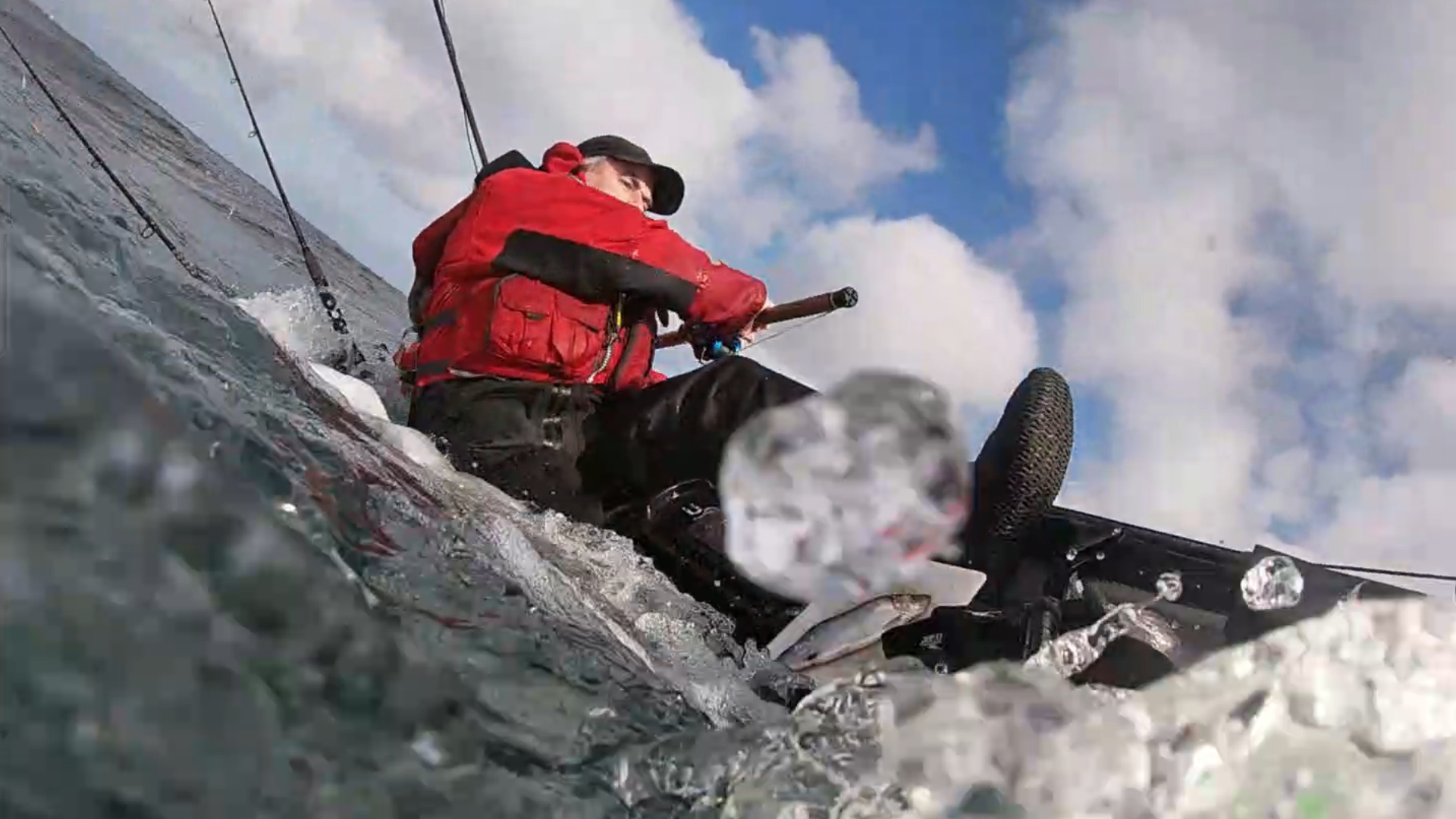 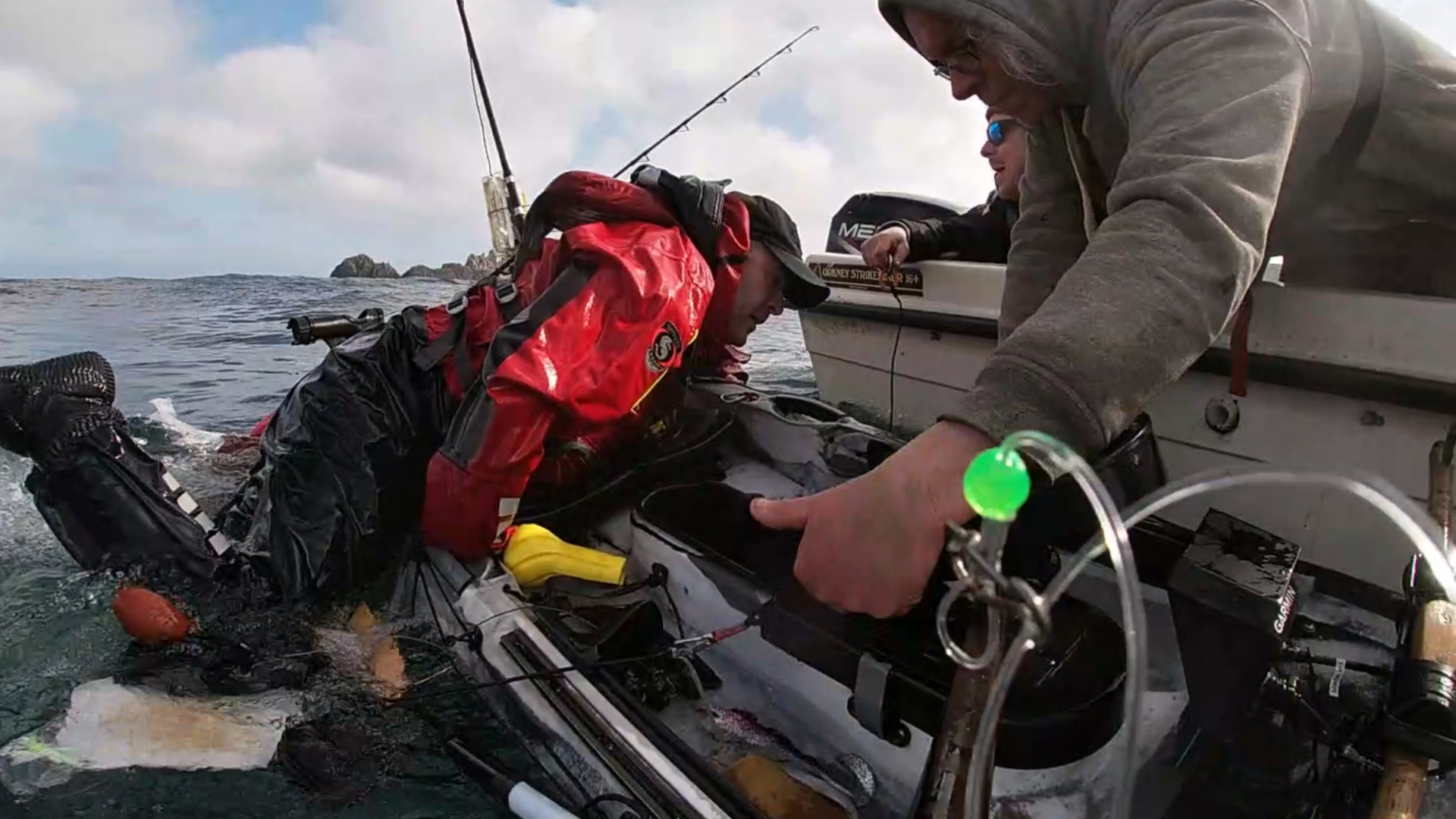 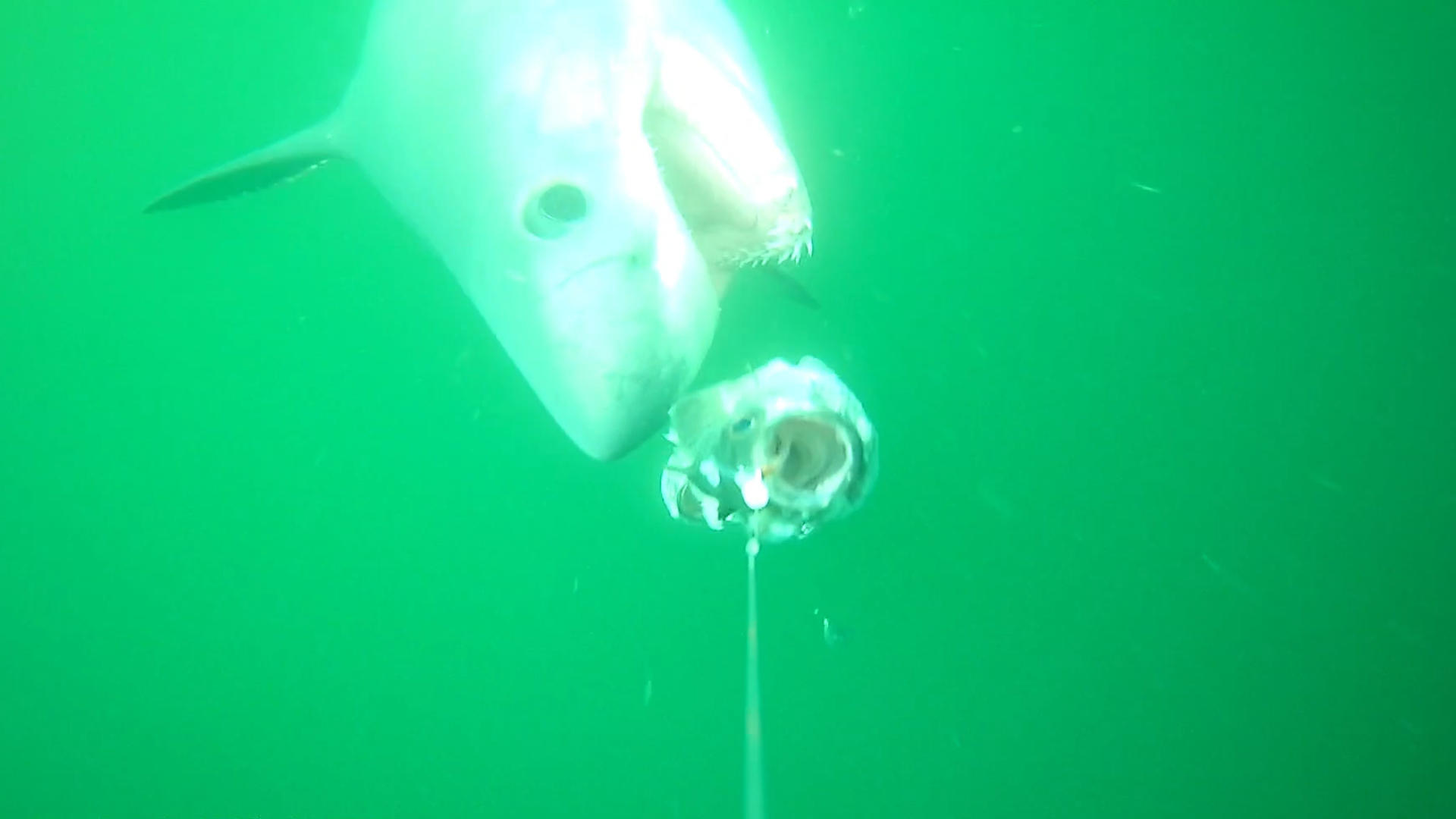 In the dramatic footage, the shark can be seen keenly pursuing the bait with its teeth bared.

Mr Smith is then seen fighting for control of his fishing rod as the shark drags the line behind him and over his shoulder.

When Mr Smith starts to be towed towards shore, the shark drags the rod into the side of the boat, tilting the kayak past the point of no return.

An unsecured kit box is then visible spilling its contents into the deep.

The porbeagle is a very clever shark. They're notoriously difficult

Graham said a GoFish camera, a GoPro and his Huawei P30 mobile were among the items lost or destroyed.

"Thankfully, most of the electronics are all tied on and waterproof.

"It's only happened twice now in 13 or 14 years of kayak fishing. Another 15 minutes and I'd have had him up and let him go.

"It's one of those things, unfortunately."

Mr Smith, from Moville, County Donegal, was then able to flip his boat back over with some help from the crew who were towing him.

The shark had won this encounter.