Driver, 42, who was going 44mph in a 30 zone is spared jail despite killing grandfather, 80, crossing the road – after his lawyer argued speeding is ‘something that happens’

A businessman who mowed down an elderly pedestrian and left him paralysed from the neck down has been spared jail after his lawyer argued that speeding is ‘something that happens’.

Businessman Arif Ali, 42, had been travelling at 44mph in a 30mph zone when his VW Passat knocked over 80-year-old Akbar Niazi as the elderly grandfather was crossing the road.

The victim was left with a broken neck following the impact and was subsequently paralysed from the neck down. He was unable to eat by himself and less than two months later passed away after choking on food he was unable to swallow.

Inquiries into the tragedy in Westhoughton, near Bolton, Greater Manchester on New Years Eve 2018 found that had Ali been driving within the speed limit he would have been able to slow down in time and allow Mr Niaz to cross the road safely.

He also had previous speeding convictions from 2016 which left him with six penalty points on his licence.

At Bolton magistrates court, Ali who helps run his family grocery business pleaded guilty to causing death by careless driving and was sentenced to 24 weeks imprisonment suspended for 12 months. 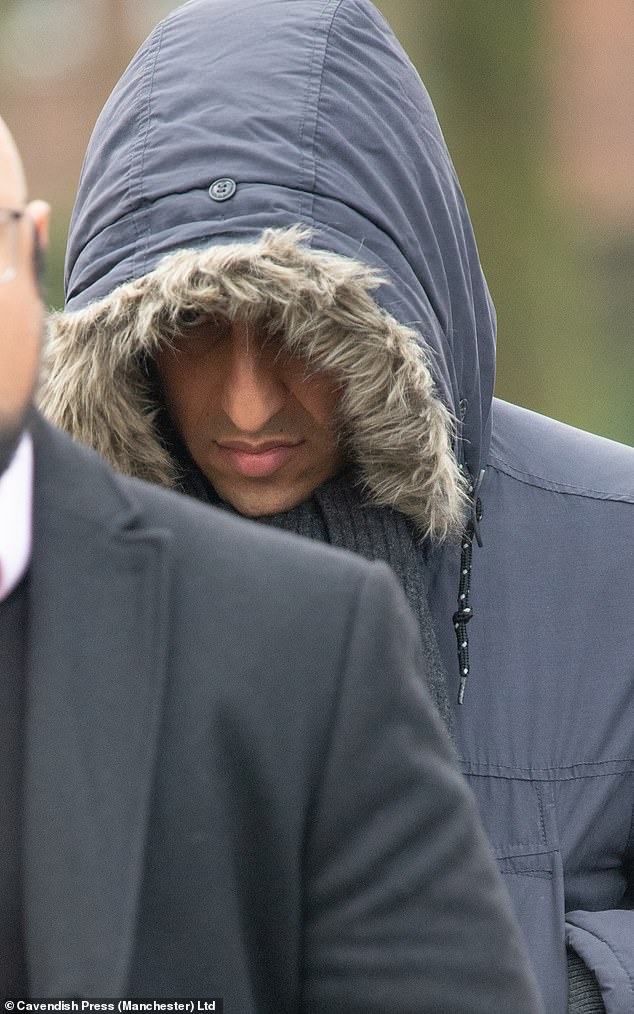 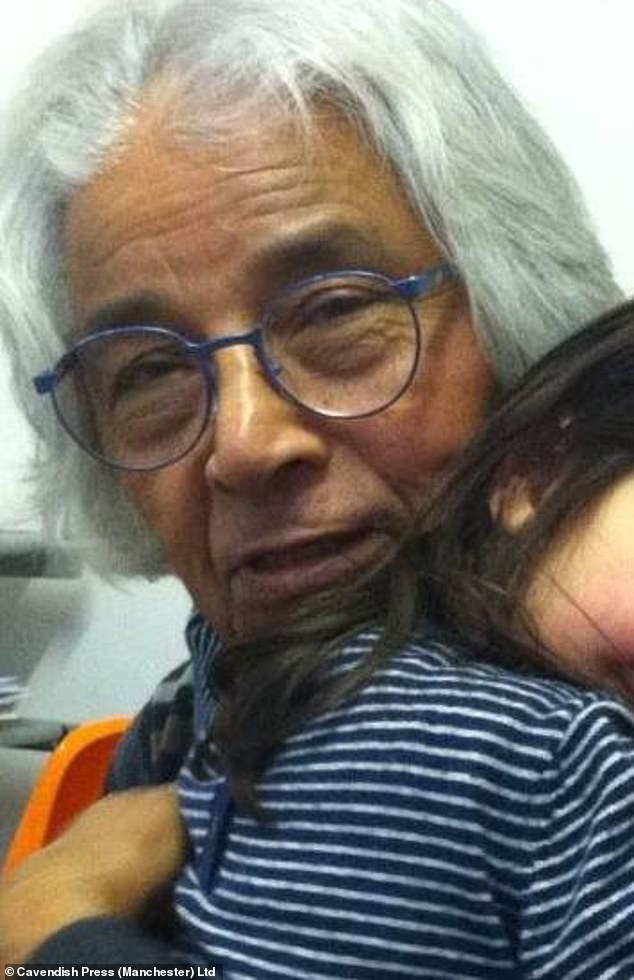 Akbar Niazi was left with a broken neck following the crash and was subsequently paralysed from the neck down. He was unable to eat by himself and less than two months later passed away after choking on food he was unable to swallow

He was also banned from driving for two years, as ordered to electronically tagged for 12 weeks and was ordered to pay £200 court costs.

In a statement the victim’s daughter Rozanna Niazi, a former lawyer and psychotherapist, recalled the moment she heard about the crash.

She said: ‘I received a call about my dad’s accident on New Years Eve. I was at a neighbour’s party and everybody was looking forward to bringing in the New Year.

‘I had to go outside as I couldn’t believe what I was hearing. I remember being in a terrible panic and just thinking “dad” and “broken neck” being in the same sentence.

‘I was in a state of utter shock and trauma. If he didn’t have the surgery, he would have died.

‘The following weeks were a battle. My dad was a broken person, he believed he was never going to recover as he was paralysed from the neck down. He couldn’t swallow for himself, he could eat or perform normal bodily functions.

‘My mother travelled everyday taking four to six buses. She became like a ghost, she is also in her 80s.’ 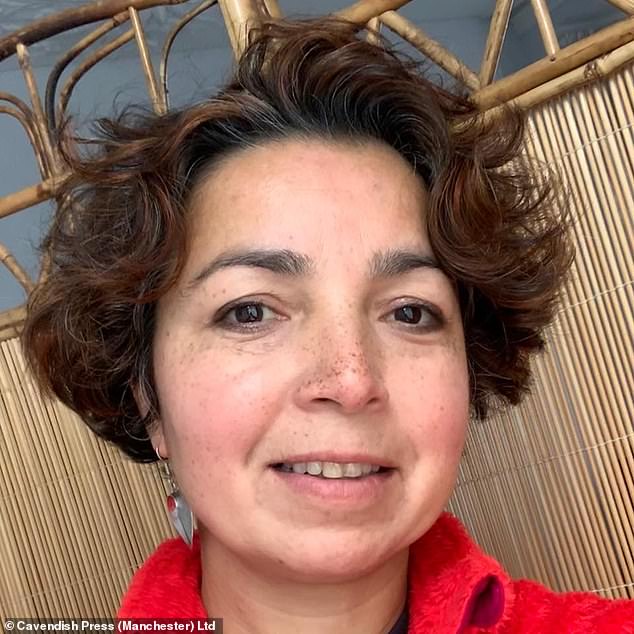 In a statement the victim’s daughter Rozanna Niazi (pictured), a former lawyer and psychotherapist, said she received the call about her father’s accident while at a New Year’s Eve party

Ms Niazi said her father was now being fed through a tube because of the damage to his neck caused by the cash.

It was something he found ‘incredibly frustrating’, Ms Niazi said.  ‘He died sadly from choking after the nursing staff attempted to try him with solid food,’ she added.

Until the crash, Mr Ali had been a paradigm of good health and made great efforts to look after himself.

Ms Niazi said: ‘Despite being in his 80s, he shopped for himself and looked after himself.

‘It was easy to mistake him for a man in his 60s, as he was slim, lean with a full head of hair. He exercised at home and walked outside daily and ate healthy food.

‘He was an actively devout Muslim as well and walked to the mosque sometimes three times a day.

‘He was mentally agile as well, he read the newspaper at the library everyday, both home affairs and news from Pakistan. He was a non smoker and didn’t drink. We expected him to be around until his 90s.

‘I am an only child, and felt quite alone in being affected by his death. My parents were devoted to each other and my mother was dependent on my father.

‘He was a loving father and grandfather to my three children. He travelled to his home country of Pakistan frequently and he was a respected tribal elder. He was a charitable man.’

The tragedy occurred when Mr Niazi was waiting to cross the A676 Wigan Road. 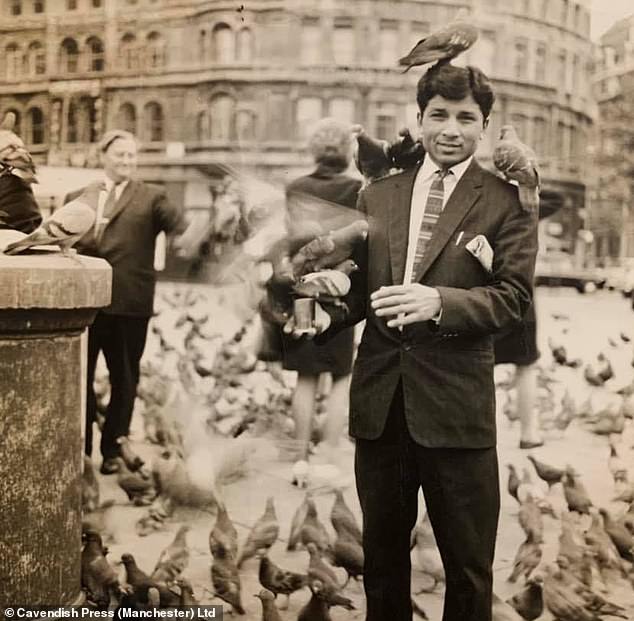 Until the crash, Mr Ali had been a paradigm of good health and made great efforts to look after himself (he is pictured in his youth)

Prosecutor Richard Greenhough said: ‘The victim initially saw the defendant’s vehicle and started to cross the road. The defendant sounded his horn and attempted to swerve out of the way but he collided with the victim.’

He added: ‘Wigan Road has a speed restriction of 30mph. Following the collision a forensic report was done and it concluded that the defendant was travelling at 44.7mph.

‘It also concluded that if the VW stuck to the 30mph limit the victim could have crossed the road without the defendant having to take any evasive action.’

In mitigation, Ali’s lawyer Shahid Ali said: ‘He wishes me to apologise in person to the members of the family of the deceased. My client accepts he was speeding and this is something that happens.

‘There is no suggestion he was being under the influence of drink or drugs, anything that could said to have impaired him and he cooperated fully with the authorities.

‘He was aware the gentleman was injured but at that stage he wasn’t aware of the state of the injury. He made regular communications off his own back with the officer in the case as he wanted to know the wellbeing of the man involved in the accident.

‘The shock and horror was not only felt by the defendant, but the anguish was also caused to him and his family.

‘There was evidence brought to him that he was speeding but it was over a short distance. This has been a very sad, regretful and upsetting journey for my client. There is nothing I can say that can minimise the grief of the sad situation that has arisen.

‘He has written a letter to the court expressing upset and remorse at the situation. His wife has written explaining how this has affected their family as a whole.’

Sentencing, chair of the bench Mr Manu Mistry said: ‘Firstly, I offer my sincere condolences to the family of Mr Niaza. This has been a difficult case for us to sentence and it is regretful that parties have had to attend court in such tragic circumstances. There is no punishment any court can impose that can mitigate a loss of life. ‘

‘We have had to turn to the sentencing guide to assist us. There are two factors which are important, firstly at the time of the offence, Mr Ali was driving at 44mph in a 30mph zone, he clearly exceeded that road.

Speaking after the hearing, daughter Rozanna said: ‘The sentence was very fair. Nothing is going to bring my dad back. It’s very sad because it’s not only for me but also for my extended family. He was funding someone in medical school in Pakistan.

‘I personally wouldn’t want anybody to be sent to prison, I wouldn’t want to deprive someone of their husband or father. My father was a well loved man and we miss him.’

First details about Timeless revival movie are revealed, including when it airs on NBC