“Billions of dollars-worth of investor funds seem to have disappeared into the ether,” the lawmakers wrote. “These massive losses raise questions about the behavior of former FTX CEO Sam Bankman-Fried and other company executives, the apparent lack of due diligence by venture capital and other big investment funds eager to get rich off crypto, and the risk of broader contagion across the crypto market.”

In the letter, the lawmakers are requesting an explanation of how FTX’s liquidity crisis happened, an accounting of all customer funds transferred out of FTX, copies of internal policies and procedures regarding the relationship between FTX and Alameda, and how $1.7 billion in customer assets went missing.

The Senators’ request for transparency comes after the House Financial Services Committee announced earlier this week it will hold a hearing on the matter in December. The Committee says it expects to hear from the companies and individuals involved, including Bankman-Fried, Alameda Research, Binance, FTX, and others.

Ranking Member Patrick McHenry (R-NC) called FTX’s collapse “a dumpster fire” during hearing Wednesday with the nation’s top bank regulators, saying: “FTX users have been left out to dry. The digital asset ecosystem is in limbo. And add to the mix an SEC Chair who is more interested in chasing headlines than bad actors. We are just starting to learn about the breadth and scope of what happened here.” 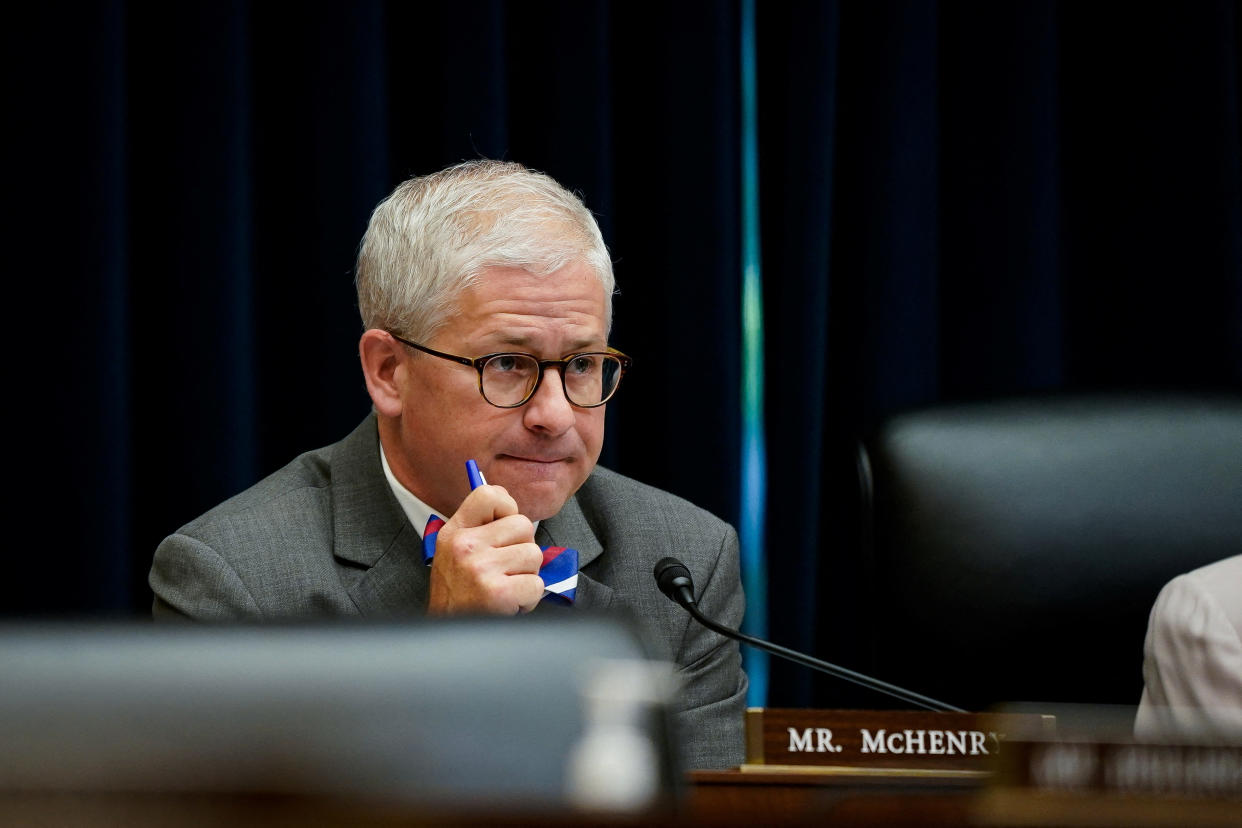 During Wednesday’s hearing, lawmakers took the opportunity to take banking regulators to task on FTX and failures to stem its bankruptcy even though it was a pre-scheduled hearing on oversight of the health of the banking system.

“I'm distressed by what I've heard from you gentlemen,” Congressman Brad Sherman (D-CA) said. “Guardrails, safe and sound ways to deal with crypto. You sound like Sam Bankman-Fried. Only you're wearing long pants instead of shorts. In Basel they have proposed tough real standards… Please raise your hand if you're willing to commit to standards at least as tough for crypto as those published in Basil.”

All regulators’ hands went up.

Some lawmakers are using the FTX crisis to have a second look at legislation that’s been proposed or in the works. Senator Cynthia Lummis (R-WY), who, along with Senator Kirstin Gillibrand (D-NY), introduced a comprehensive crypto oversight bill in June, told Yahoo Finance Live this week she would comb through the bill again to ensure consumers’ assets are protected during a bankruptcy, as well as from being co-mingled.

Even following the collapse of FTX, however, Lummis says she’s not looking to rush to pass legislation, but carefully evaluate it to ensure it has closed the gaps that allowed FTX’s behavior.

“I don't think we need to do some sort of knee-jerk reaction, do it immediately during the session that began this week,” Lummis told Yahoo Finance. “I think we have time to move in a very careful and deliberative manner in 2023.”

Meanwhile, Senator Gillibrand says she and Senator Lummis, along with Senator Pat Toomey (R-PA), are looking to introduce a bill in the lame duck session to regulate stablecoins, hoping to capitalize on the crypto turmoil.

Back in the House, Financial Services Committee Chair Maxine Waters (D-CA) asked Federal Reserve Vice Chair of Supervision, Michael Barr, Wednesday during the hearing if he supported the approach she and Ranking member McHenry are taking in forthcoming legislation to regulate stablecoins.

Barr said he’s deeply encouraged by the bipartisan legislation and cautioned that private money has historically been prone to run risk and financial stability risk if not regulated.

“I think it's really important that we have a stablecoin legislation that recognizes that… [stablecoins] are backed by the dollar and really borrow the trust of the Federal Reserve, and trust of the public,” said Barr. “So it's critical that we have appropriate controls.”

This as Circle CEO Jeremy Allaire wrote a letter to Waters, McHenry, and the heads of the Senate Banking Committee Wednesday urging urgent action on regulating stablecoins.

“The events of recent days are a painful reminder that a lack of regulatory clarity drives activity offshore in a way that can harm U.S. consumers, investors, companies, and the country as a whole,” Allaire wrote. “Congress should act now.”

Jennifer covers the Federal Reserve, cryptocurrencies, and the intersection of business and politics. Follow her on Twitter @Jenniferisms.

Win a share of £2,000 every Friday and Saturday in Sun Bingo’s Penny Press Room