During Wednesday's episode of her podcast, Tell Me with Ellen Pompeo, the 52-year-old actress spoke with guest Martha Stewart about the ABC series, revealing she's only seen a "handful" of the show.

"This is my 18th season, and it's 392 episodes," Pompeo told Stewart, admitting that she's "not even close" to watching or even remembering all the episodes.

"I haven't really seen most of them, I've watched only a handful," she explained. "The few times I've directed, I've gone back and watched some old episodes. My intention is always to keep the spirit of the early days. That's really the hard work, is to try to keep that sort of DNA, which is hard but gives us a goal at least to strive for." 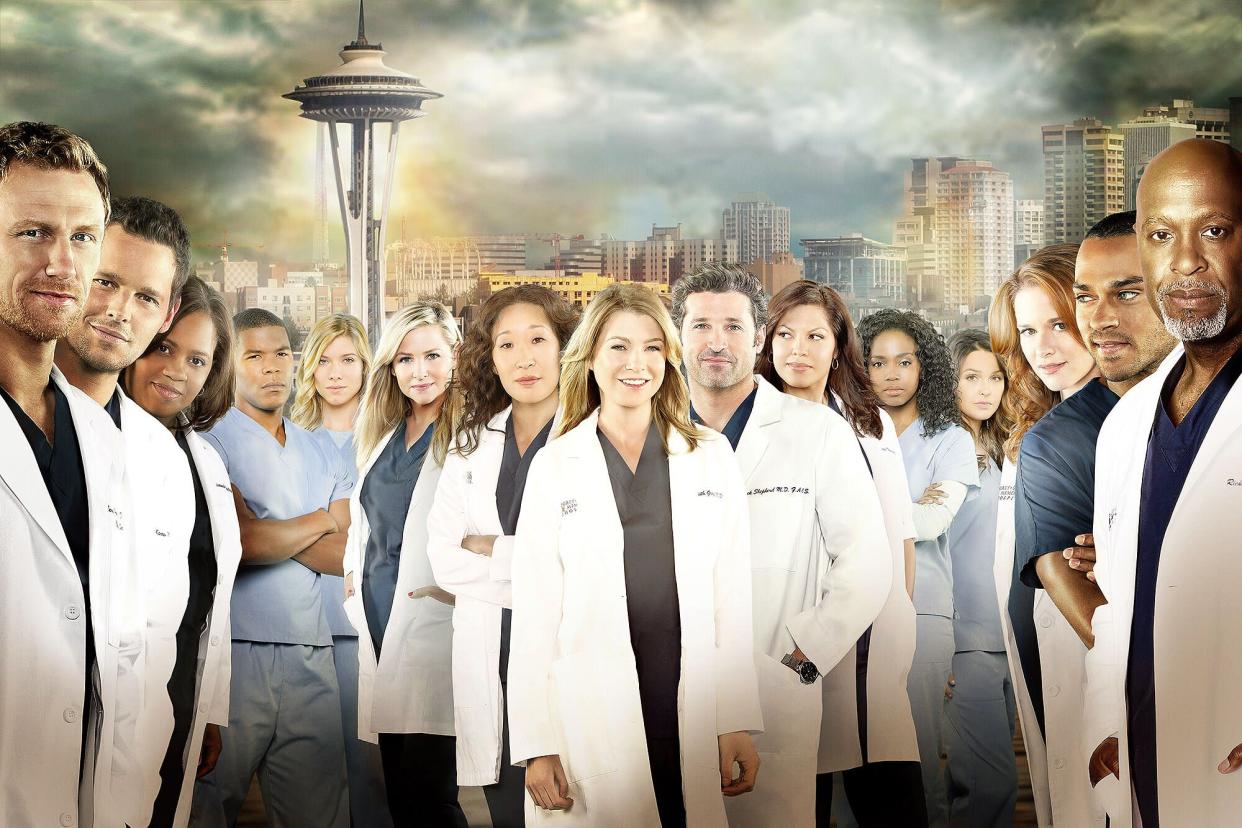 The actress previously told Insider that she's likely only seen "six or seven episodes" of the series and only the pilot episode out of the first 10 seasons.

"The few episodes that I've seen have been really since the advent of social media," Pompeo told the outlet in November 2021, referring to scenes from the show that have more recently gone viral on social media platforms, specifically TikTok.

Last month, ABC announced that the network has ordered a 19th season of the iconic and longest-running primetime medical drama series.

In the upcoming season, the record-breaking Shondaland series will explore the ever-expanding world of modern medicine through the eyes of beloved returning and new characters, according to a press release obtained by PEOPLE. Executive producer and showrunner Krista Vernoff will continue to lead the series.

"I couldn't be more excited that we get to keep telling the stories of Meredith, Bailey, Richard and all of the other doctors at Grey Sloan Memorial for another season," said creator Shonda Rhimes. "This is a true testament to Krista Vernoff, the cast, the crew and all the writers who keep the audience on the edge of their seat week after week. And it would not be possible without the generations of incredible fans who have supported Grey's Anatomy for so many years."

Over the years, cast members came and went — Pompeo, Chandra Wilson and James Pickens Jr. are the only lead actors who have remained for all 18 seasons.

Despite the show's renewal, Pompeo has been vocal in recent months about the possibility of Grey's coming to an end. In September of last year, the actress told Entertainment Tonight that she's been "trying to get away for years."

"It's not because I haven't been trying," she said of leaving Meredith behind. "I have strong relationships at the network [ABC] and they have been very, very good to me, and have incentivized me to stay."

Pompeo, who serves as a producer on the show, also told Variety in 2020 that Grey's would likely end when she leaves. "I don't take the decision lightly," she said at the time. "We employ a lot of people, and we have a huge platform. And I'm very grateful for it."

What does seditious mean?

Indonesia urged to probe use of snake in Papua interrogation