Home » World News » EU chief offers to help May in countdown to Brexit vote, within limits

Bucharest:  European Union officials are working with Britain on ways to help Prime Minister Theresa May avoid a no-deal departure, although an EU leader insists his helping hand won't include any renegotiation of the Brexit divorce deal.

As speculation grew that Britain might have to delay its exit  beyond the March 29 deadline, European Commission President Jean-Claude Juncker said "we are checking with Downing Street what the clarifications could amount to" that might help May get her Brexit deal approved by Britain's parliament. 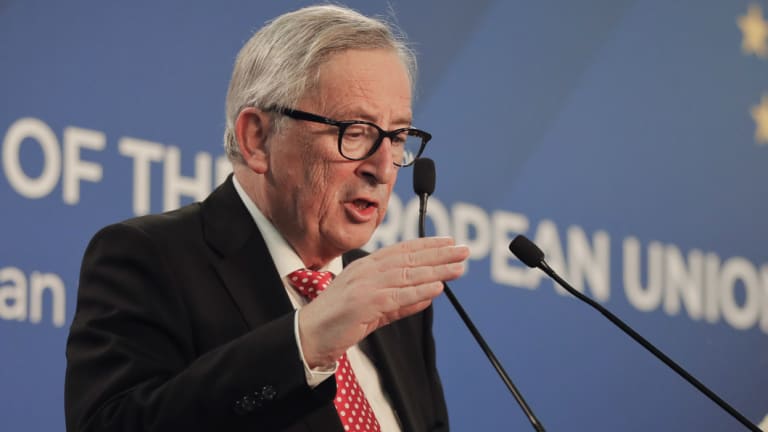 EU Commission President Jean-Claude Juncker is reported to have promised to try to limit the Irish border ‘backstop’ to a year.Credit:AP

Meanwhile, two of the biggest donors to the Brexit campaign say they now believe the project they championed will eventually be abandoned by the government and the UK will stay in the European Union.

Peter Hargreaves, the billionaire who was the second biggest donor to the 2016 leave campaign, and veteran hedge fund manager Crispin Odey told Reuters they expect Britain to stay in the EU despite their campaign victory in the 2016 referendum.

As a result, Odey, who runs hedge fund Odey Asset Management, said he is now positioning for the pound to strengthen after his flagship fund previously reaped the benefit of betting against UK assets amid wider market fears about the impact of Brexit.

Britain and the EU reached a hard-won Brexit deal in November, but the agreement has run aground in the British Parliament. May postponed a vote on the deal in December to avoid a resounding defeat, and there are few signs the deal has picked up support since then.

May promised to seek further guarantees from Brussels on the most contentious issue, the status of the Ireland-Northern Ireland border. 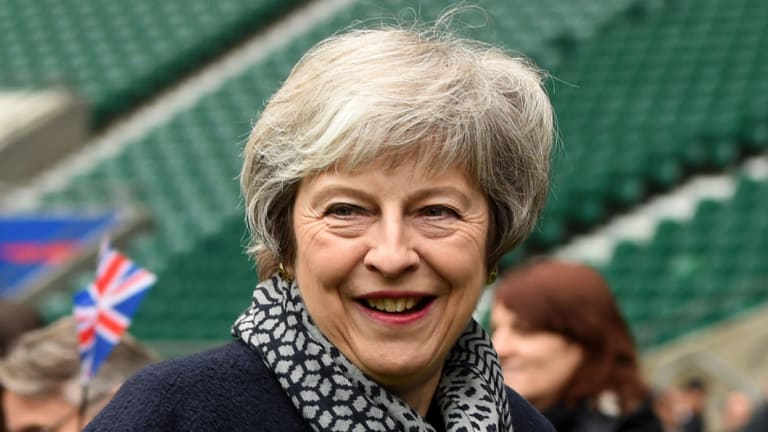 UK Prime Minister Theresa May is scrambling to get her Brexit deal approved by parliament this Tuesday.Credit:AP

The EU is adamant that the legally binding 585-page withdrawal agreement can't be reopened, but EU officials are looking for diplomatic wording that could sway reluctant UK MPs.

The Brexit agreement aims to guarantee Britain's smooth departure from the bloc, with a long transition period to adapt to the new situation and negotiate a permanent trade agreement.

Without a deal, Britain faces an abrupt break from the EU on March 29, and there are fears it could involve chaotic scenes at borders, ports and airports. Businesses and people in Britain would face uncertain weeks and months as they try to find out what the uncharted future would bring.

"I don't like the prospect of a 'no deal.' It would be a catastrophe," Juncker said on a visit to Romania, as the nation took over the EU's rotating presidency. 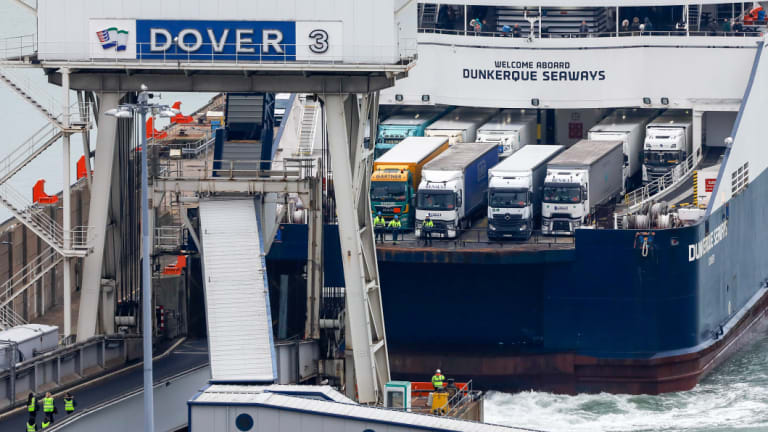 The Dunkerque Seaways passenger and ro-ro carg ship loaded with trucks docks in Dover on January 5. The port accounts for 17 per cent of the UK’s trade in goods.Credit:Bloomberg

Most British MPs also oppose the prospect of leaving the EU without a deal. But many also dislike May's agreement, which has displeased both sides of Britain's Brexit divide.

Many MPs who back leaving the EU say it leaves the UK tethered to the bloc's rules and unable to forge an independent trade policy, while pro-Europeans argue it's inferior to the frictionless economic relationship Britain that currently enjoys as an EU member.

A defeat in Tuesday's vote will leave Britain staring at an exit without a deal 10 weeks later, unless the country's feuding politicians can quickly agree on another plan. In the past week, MPs passed an amendment forcing May's government to come back to Parliament with a new proposal within three working days of the deal being rejected.

But with no majority in Parliament for any single alternate course, there is a growing chance that Britain may seek to postpone its departure date while politicians work on a new plan.

Extending the deadline would require the EU's approval.

The EU official who spoke on condition of anonymity said such an extension was permitted by the EU's governing treaty, and that a defeat in the Parliament would put the Brexit ball back in Britain's court.

"And Brexit paralysis ultimately could lead to no Brexit," he told the BBC.

‘Game Of Thrones’ Season 8: Kit Harington Reveals Why He Cried During The Final Script Reading

Tom Brady Is So In Love With Wife Gisele Bundchen: ‘She Has My Heart’