A ‘despicable’ female burglar convicted of killing a vulnerable pensioner who had a heart attack when she broke into his home has been jailed for 20 years.

William ‘Billy’ Jackson, 71, went into cardiac arrest when Sarah Daniel broke into his home in Washington.

Daniel and her partner, Leanne English, had plotted to raid Mr Jackson’s home and they also preyed on another vulnerable man.

He used a scooter to get around outside and would spend most of his time at home sitting in a fishing chair in his kitchen as it was the most comfortable position he could achieve, so much so he slept there too. 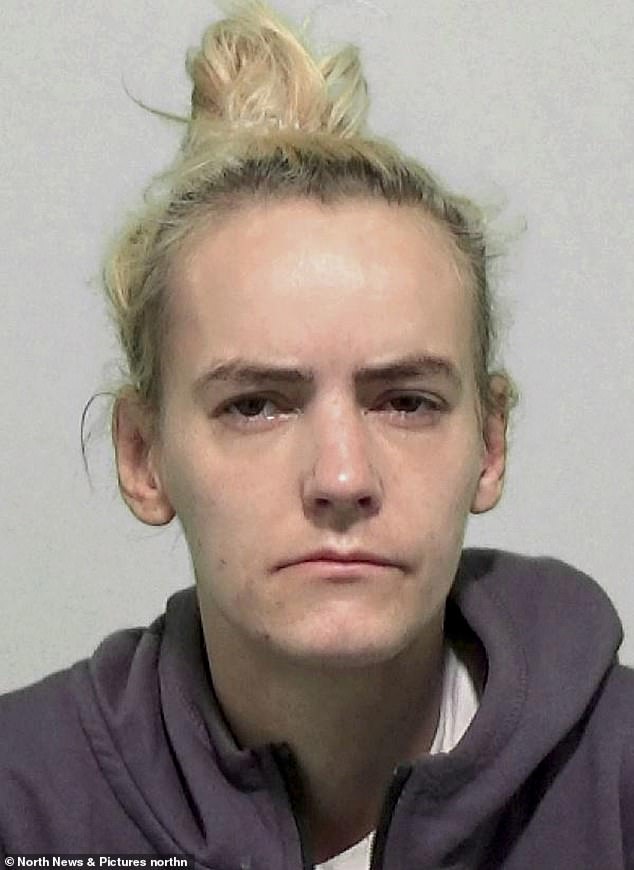 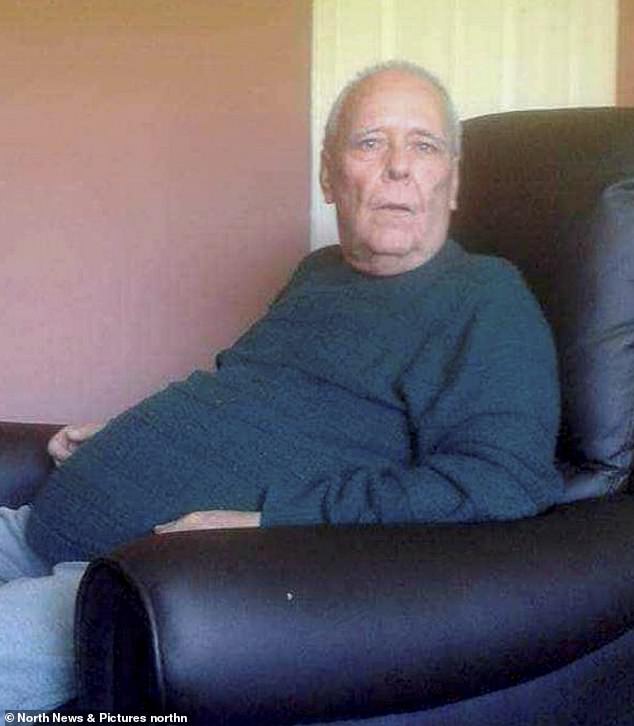 The court heard he was quite well known in the area as he sold tobacco and cigarettes. On September 24 last year, Daniel and English hatched a plan to trick their way in to him home to steal from him. It was not said English took part in the raid.

Jurors were told Mr Jackson’s neighbour heard voices and then the door open and saw figures emerging. He gave chase but could not keep up and returned home.

He went back to Mr Jackson’s flat and found him slumped on the kitchen floor and unconscious, having suffered a cardiac arrest.

Paramedics kept him alive until he reached hospital but he died in the early hours of the next morning after a series of further cardiac arrests.

A pathologist who carried out a post mortem said he would not have died at that moment were it not for the stressful event of the burglary.

In a victim impact statement on behalf of the family, Mr Jackson’s nephew, David Jackson, said: ‘I’m deeply upset my uncle has been robbed of his life.. We miss him so much and we are heartbroken.

‘The trial has brought extra stress and we hope we can have justice and Billy can finally rest in peace. Our whole world has been turned upside down.

‘He was living the best years of his life, he had met (his partner) Linda and we had never known him be happier. It was the happiest he had ever been and he had a number of years still on the clock to make memories.

‘Billy was like a second father to me and I lived with him for a few years. He was my best and closest friend.

‘His life has been cut short with the despicable act of the accused.’

Mr Jackson’s partner, Linda Ord, said: ‘As a result of my Billy’s death I’m left devastated and heartbroken. I had been with him for nine years and we really clicked and got on like a house on fire. We were meant to be and I’ve no life without him, I feel lost.

‘My life has changed and I don’t see a future and I don’t want another boyfriend. I will just live my life out alone, I’m 76-years-old.

‘I have a picture of us together and I kiss it every morning and night.’ 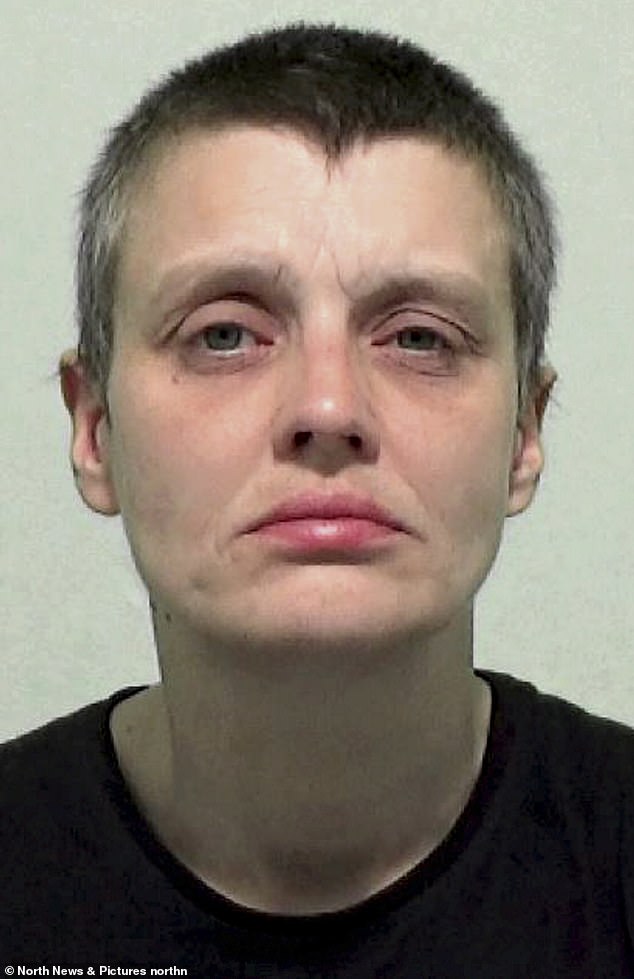 Daniel and her partner, Leanne English (pictured), had plotted to raid Mr Jackson’s home and they also preyed on another vulnerable man

Judge Penny Moreland said to Daniel, of Mr Jackson: ‘He was a soft target and you knew that. You believed he had money and would be unable to defend himself from you.’

A second victim, Barry Clark, lived alone in the Sulgrave area of Washington and was befriended by his neighbours, Daniel and English, who took advantage of him.

He was the victim, initially, of an assault and a fraud then he was beaten in his own home and items were taken during the course of an aggravated burglary by Daniel and David Bulmer.

The court heard Mr Clark had allowed Daniel and English to borrow money on occasions but refused when they failed to pay him back. They would visit to have a drink and got him to allow them to use his bank account to pay money in.

In June last year English grabbed Mr Clark and held him in an underpass while Daniel took his wallet from his jeans pocket, containing his bank card and phone.

She is then said to have run off and withdrawn £290 fraudulently, leaving just £10 in the account.

On September 17 last year, Daniel and Bulmer went to Mr Clark’s home around 12pm, pushed him down the hallway and into the living room and Bulmer ‘screamed’ that he owed his friend money.

Bulmer hit his legs with a metal baseball bat, causing injuries, while Daniel took his wallet, containing £30, from his pocket. It’s said she then took £200 cash from a coffee table.

The pair went to local shop and bought items with the stolen card before returning it through his door.

Daniel, 34, of Waterloo Walk, Washington, was found guilty of manslaughter and conspiracy to burgle Mr Jackson and aggravated burglary and two counts of fraud in relation to Mr Clark. She was jailed for a total of 20 years.

English, 40, of Waterloo Walk, was found guilty of conspiracy to burgle Mr Jackson and common assault on Mr Clark. She was jailed for five years and five months.

Bulmer, 20, of Barmston Way, Washington was found guilty of aggravated burglary in relation to Mr Clark but not guilty of manslaughter and conspiracy to burgle Mr Jackson.

He had admitted presence at the burglary of Mr Jackson but denied any wrongdoing. He was locked up for seven years.

The court heard Daniel had a troubled upbringing and was introduced to drugs at an early age.

English’s barrister said her role was limited and she has worked hard to deal with her chronic drug problem.

Bulmer had a ‘traumatic and chaotic upbringing’, was taking class A drugs at the time but is remorseful and has made good progress while remanded in custody, the court heard.

In a statement after the case, Mr Jackson’s family said: ‘We have struggled to come to terms with what happened to Billy and that we have had to endure a trial.

‘This has brought extra stress through this awful time. We hope as a family we can have justice and Billy can finally rest in peace. Our whole world from that Saturday morning turned completely upside down.

‘Billy was such a kind, gentle generous man. He was a very old school man who would go out of his way to help and do what he could for anyone. To think that someone had hurt him makes us feel physically sick to the stomach and absolutely broken.

‘As a family we know it wasn’t Billy’s time to go, he should have passed peacefully in his favourite chair just how he always wanted to. We have been robbed of the many years, memories and precious time as a family together.’

Use Google Chrome, Microsoft Edge or Firefox? Watch out for this dangerous malware

Brooke Shields Slips Into Her Jeans and Poses Topless for Jordache: 'This Is My 56-Year-Old Body'