Bang goes the budget! Bonfire night could go off without fireworks this year as suppliers warn of a surge in prices and potential shortages

Bonfire night could go off without a bang this year after fireworks suppliers warned of steep price increases and potential shortages.

Industry experts are predicting price rises of up to 50 per cent thanks to a ‘perfect storm’ of problems in getting products to Britain ahead of Guy Fawkes night on November 5.

The hold-ups were blamed on factory shutdowns in China due to hot weather and public holidays to celebrate the centenary of Communism earlier this year. 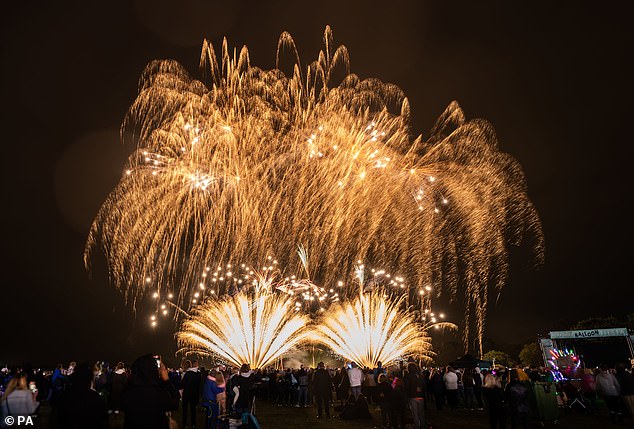 Industry experts are predicting price rises of up to 50 per cent thanks to a ‘perfect storm’ of problems in getting products to Britain ahead of Guy Fawkes night on November 5, pictured here the Yorkshire Balloon Fiesta at York racecourse on August 30

The issue was exacerbated by strong demand in the US for Independence Day celebrations on July 4 and spiking shipping fees due to Covid chaos. The price of a basic catherine wheel is likely to rise from £5.99 to £8.99, while a Stormageddon box of 116 fireworks will sell for £149.99, up from £124.99 last year.

The cost of shipping a container of fireworks from China to Britain has risen to £23,300 from £5,800 last year.

Steve Raper, chairman of the British Fireworks Association and a consultant for the supplier BrightStar Fireworks, said: ‘It’s a nightmare year. We’ve got a massive shortfall of product, huge shipping costs and we’re expecting a lot of demand.

‘Last year, lots of public displays were cancelled in lockdown and people had displays in their gardens, socialising with their neighbours, and loved it.

‘This year, a lot of smaller shops will not be able to get stock and people will need to shop earlier to avoid disappointment.’ 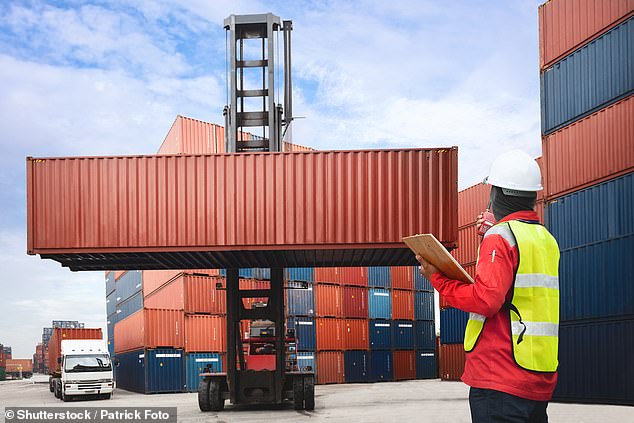 The cost of shipping a container of fireworks from China to Britain has risen to £23,300 from £5,800 last year

Tom Onslow-Cole, who heads the online store Home Delivery Fireworks and whose father runs the chain Original Fireworks, said: ‘We’re seeing costs go up by 25 per cent. We’ve absorbed some, but prices will rise. We are a nervous we will run out of supply towards New Year’s Eve, which is always incredibly busy.’

Mr Raper played down claims that fireworks risked putting extra strain on the NHS during the pandemic, adding: ‘The number of injuries are minuscule – thousands more people get injured falling out of bed or being bitten by a dog.’

He said there was a growing trend for parents to use fireworks for gender-reveal videos in which they announce whether they are having a boy or a girl.

‘Nothing about us without us’: ABC unveils new diversity rules

3 Myers-Briggs Personality Types Who Drunk Text Their Exes, So #SorryNotSorry