Home » World News » Florence Pugh opens up about public criticism of her 21-year age gap with ex Zach Braff: 'People didn’t like it' 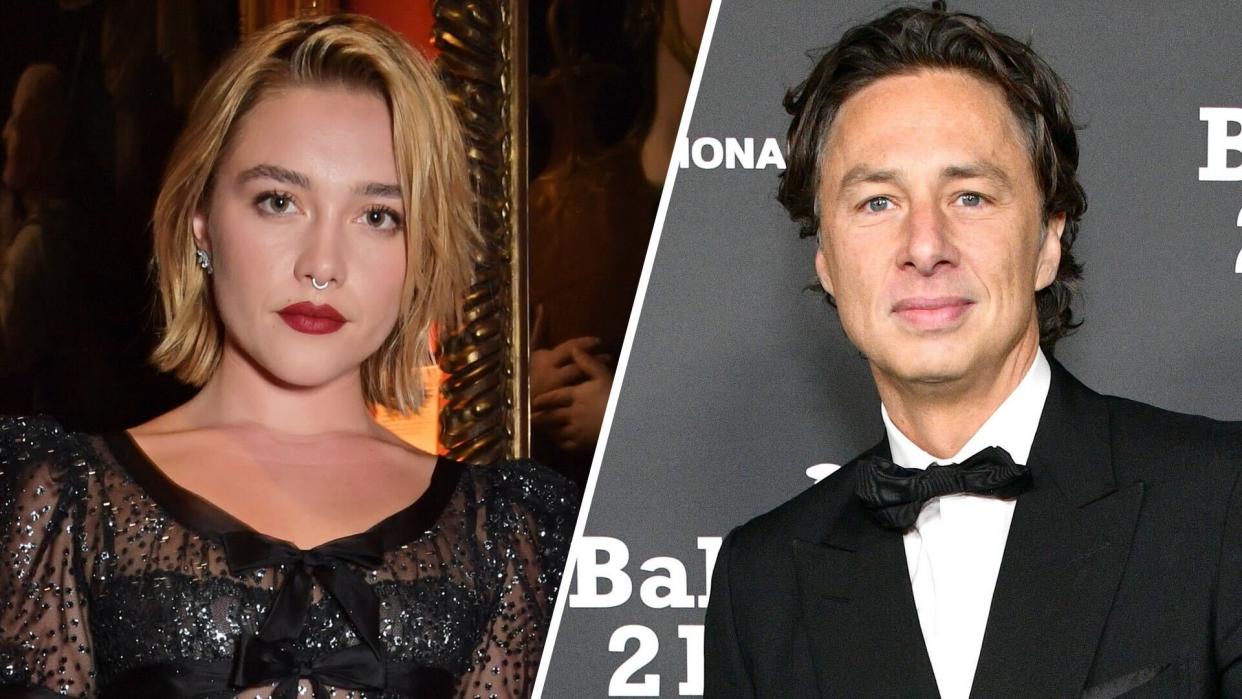 The Don't Worry Darling star, 27, discusses her red-hot career in Vogue's winter issue. It includes conversation about her next movie, A Good Person, an indie project written and directed by 47-year-old Braff, from whom she split in 2022. She tells the mag the breakup is "still new" and discussed the criticism they faced over their 21-year age gap.

"We weren’t in anyone's faces," she said of herself and Braff, whom she started dating in 2019 after he cast her in a short film and grew closer to as they quarantined together during the pandemic. "It was just that people didn’t like it. They imagined me with someone younger and someone in blockbusters."

The Little Women actress continued, "I think young relationships in Hollywood are so easily twisted because they add to the gossip sites. It’s exciting to watch. And I think I was in a relationship that didn’t do any of that." 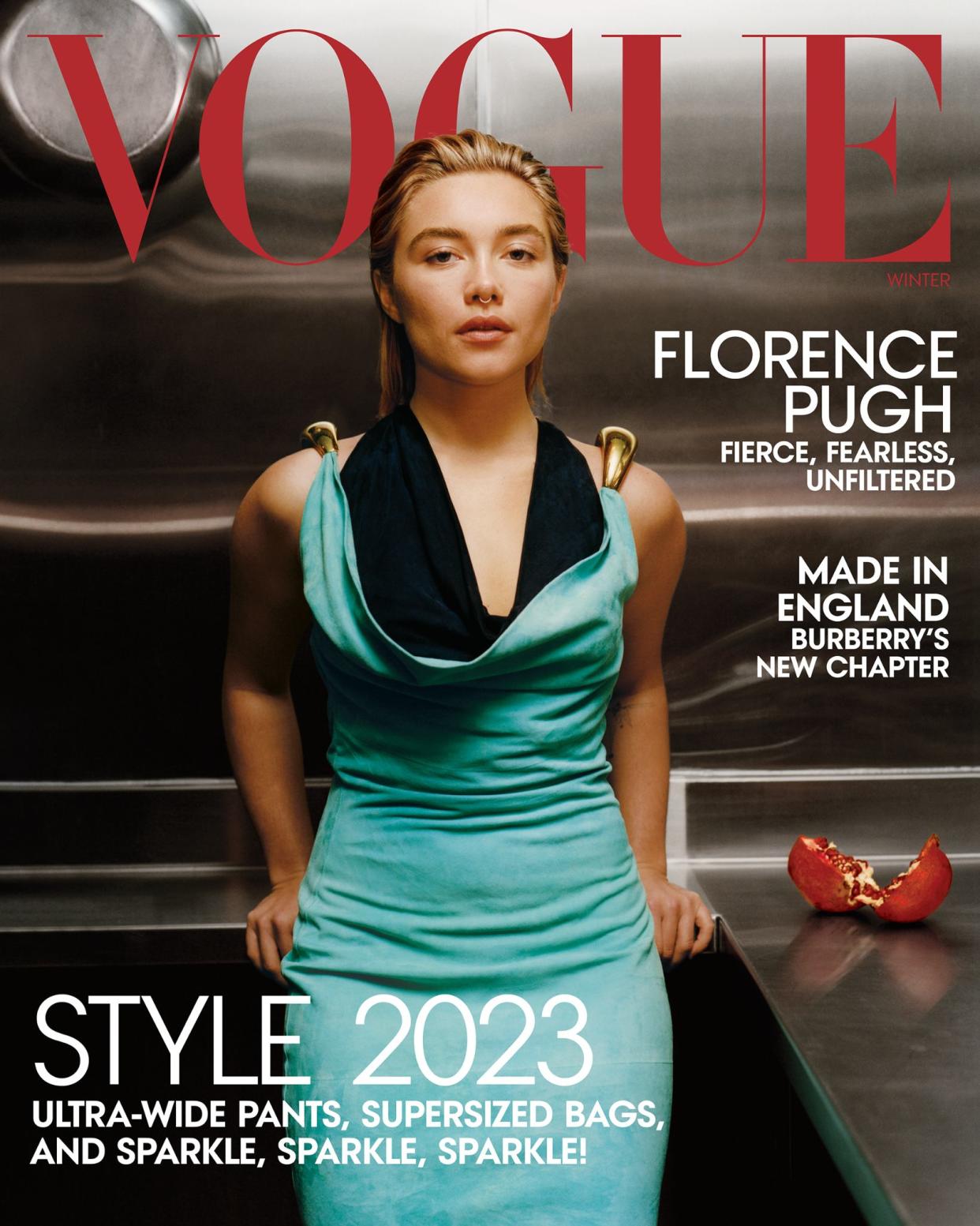 Pugh went on to say the "breakup has been very new" and she's still figuring out what's next in many aspects of her life. For instance, she's recently bought her first home in London, which will be home base, but she's trying to figure out if she needs a place in Los Angeles after sharing Braff's until last year. It's noted in the story that she referred to Braff's kitchen, where she'd make her pandemic "Cooking With Flo" videos, as "her kitchen" in conversation. She called his garden "her garden."

Braff — who just last week called Pugh a "legend" in a birthday tribute — was quoted extensively in the feature, not discussing their relationship or the criticism over it, but talking about her performance in A Good Person, which comes out in March. Pugh plays a pharmaceutical saleswoman who's about to get married but is involved in an accident, which kills members of her fiancé’s family. During her recovery, she abuses opioids, leading to a full-blown addiction. Pugh produces the film and was involved in many other aspects of it, from casting and script revisions to writing music that her character performs.

"I quite simply think she's one of the greatest actors of her generation," Braff praised his ex to Vogue. "She’s just magnetic. You cannot take your eyes off of her. And it’s not just her beauty and it’s not just her acting ability, it’s that thing, that magic thing that transcends the screen, where anyone and everyone goes: I want to see whatever this person does."

While Braff wrote Pugh's part for her, he said the story is partially inspired by Amanda Kloots. During the pandemic, when Braff and Pugh were holed up at his L.A. property, the guesthouse was occupied by his best friend Nick Cordero, Kloots and the couple's infant son, who had relocated from NYC and were doing renovations on their L.A. home. Of course, as the tragic story goes, the Broadway actor contracted COVID and was hospitalized for months before he died in July 2020.

"I really wanted to write about how we as humans, no matter how hard things get, stand back up," Braff said of The Talk host.

Looking back at that time, he recalled, "Our property became ground zero for Amanda. So many amazing human beings came by, and they'd walk her baby so she could just have an hour of solitude. Florence would make pizzas and bring them down to her. And we were afraid of COVID, of course. So she would sit on the front stoop and we would sit on a bench six feet away. It was a very, very, very intense time, and we couldn’t even properly comfort Amanda. Of course, we broke down and just said, f*** it, and hugged her."

Pugh said Cordero helped her feel at home in Braff's circle, saying he "made everyone feel good — in terms of my relationship to that friendship group and that life, Nick was such a massive part of it." The couple hosted Cordero’s memorial service in their vegetable garden.

But that's no longer their garden — and Pugh talked about putting down roots in London. She recently purchased a place in the city that always felt like home to her. Now several months since her breakup, it felt like the right time.

"For years, because I was so busy, it made no sense for me to rent a place in London because I was barely ever coming home," she said. "I was always literally going from one job to the other, living in a suitcase. When I’d come back, I’d only wanna see my family and my friends anyway. So I’d just stay with family and friends.”

She picked South London because she has several friends from high school there, and is already planning her first dinner party — and next act.

"You know, you have a daydream when you start out: What is it that means you’ve made it? What is it that means you are an adult?" she said. "For me it was: You live close to your friends and you have a local pub. And because I didn’t do that when I was young, because I didn’t go to university, it meant that for all of my adult years of working and my adult years living abroad, I still, in my mind, hadn’t got all the pieces together."

Now she's ready for chapter, noting — while she's lived in L.A. for longer than anywhere else in her adult life — she's always considered herself "more of a London girl."