Britain is facing a major coronavirus outbreak after the illness struck down two GPs -sparking an urgent hunt for potentially hundreds of patients they may have treated.

Public health officials have shut down their surgery and are urgently tracing patients who might have been infected.

Tracking down the patients of the two Brighton doctors has been made a priority because the virus is known to be particularly dangerous for those with pre-existing health conditions.

NHS sources stressed a maximum of 15 patients came into contact with them since their return from the French chalet.

However, Whitehall sources suggested the cluster of cases meant hundreds of people would now have to be tested for the virus.

The news comes as the death toll from the killer disease tops 1,000.

At least one of the infected doctors is thought to have practised at the County Oak Medical Centre on Carden Hill. It was shut down yesterday for a deep clean.

The Brighton doctors are among 11 Britons thought to have caught the virus from a ‘super-spreader’, a middle-aged businessman who contracted it in Singapore. He is believed to be a scoutmaster and married father-of-one. 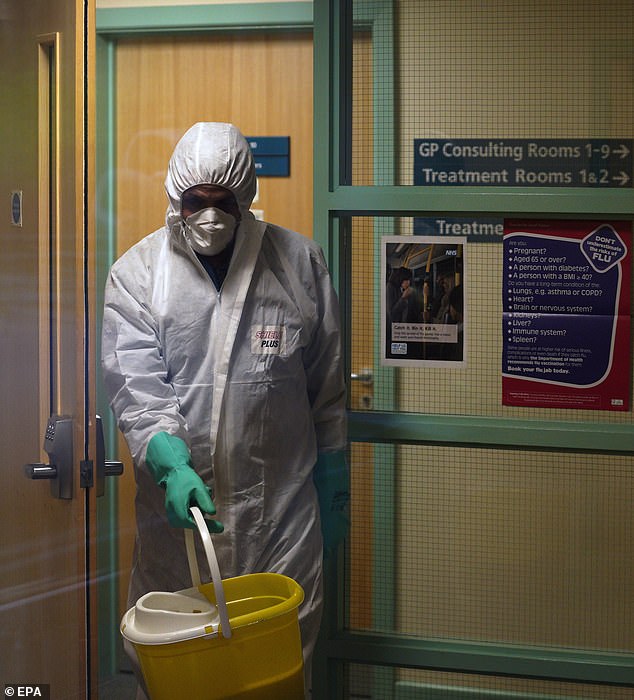 County Oak medical centre in Brighton has been shut down, sealed off and was cleaned by a team in hazmat suits ‘because of an urgent operational health and safety reason’ 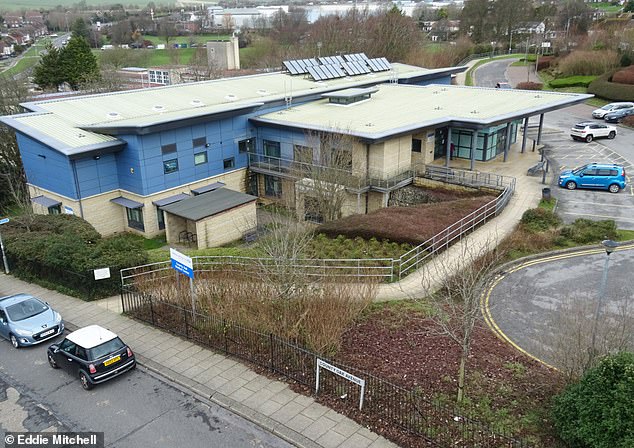 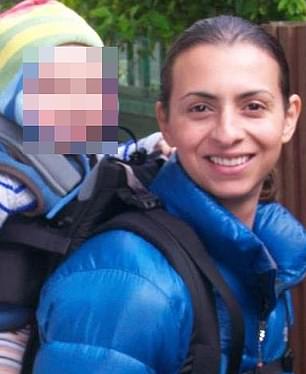 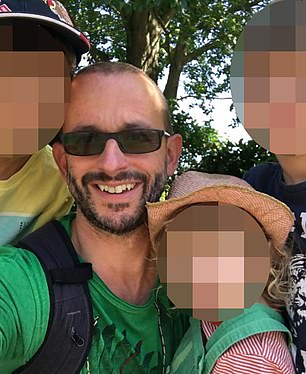 Dr Catriona Saynor (pictured left) quit as a partner in Brighton to live permanently in the French chalet where the British super-spreader visited to ski. She works at County Oak Medical Centreas a locum, according to the medical centre’s website. Her husband Bob and their nine-year-old son are also said to have been confirmed with coronavirus

He apparently passed it on to a group he stayed with at a French ski chalet close to Mont Blanc.

Six of the infected Britons are being treated in France and Spain, but the other five, including the GPs, are back in the Brighton area.

It is feared the super-spreader, who is in an isolation unit, came into contact with hundreds of people on his return to Britain.

A source who knows the super-spreader told the Sun: ‘I know he was in Singapore because I was aware he was attending a conference.

‘After that was done, he went to the chalet in France via Geneva, which is an hour away, and he stayed there for a week.

‘After spending five days at the chalet, he took an easyJet flight home to Gatwick and went back to Brighton.’ 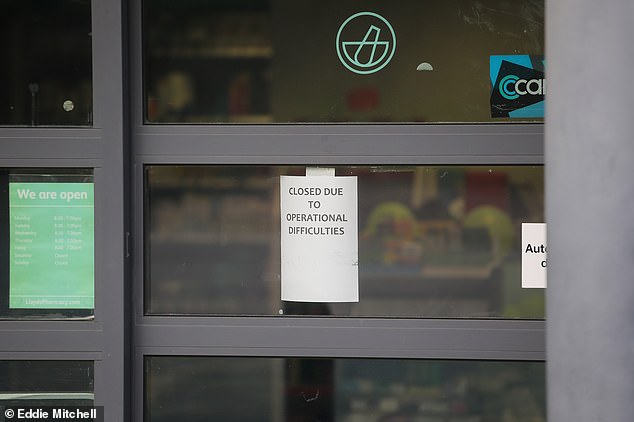 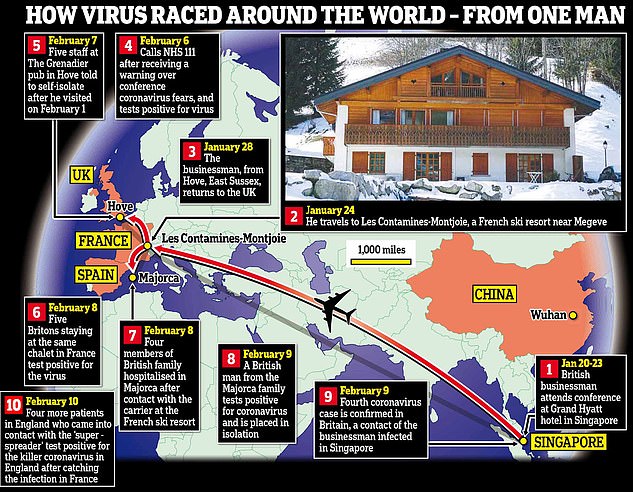 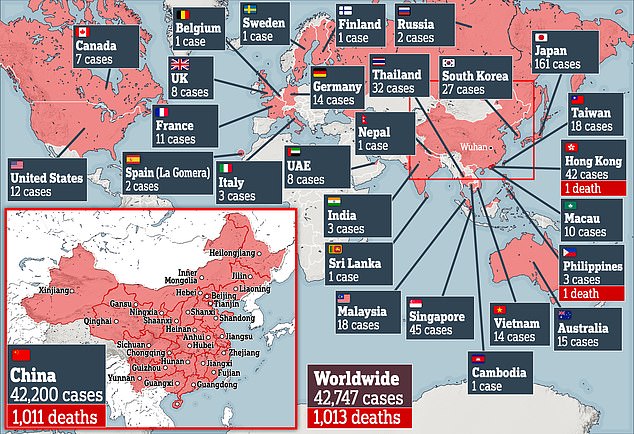 A Scout Association spokesman last night could not confirm whether one of its 640,000 members had contracted the virus.

The World Health Organisation expressed its alarm about the situation last night. ‘The detection of this small number of cases could be the spark that becomes a bigger fire,’ said its director-general, Tedros Adhanom Ghebreyesus. He said it was worrying that the illness had been transmitted by people with no travel history to China, where the virus originated.

As the death toll in China passed 1,000 and the Department of Health declared a ‘serious and imminent threat’:

UK GOVERNMENT WILL ‘FORCIBLY QUARANTINE ANY PATIENTS WITH SUSPECTED CORONAVIRUS’

Suspected coronavirus patients will now be forcibly quarantined after a man staying at an isolation facility following his evacuation from Wuhan two weeks ago threatened to walk out.

The patient staying at Arrowe Park hospital on The Wirral told medics he was going to leave before completing 14 days of quarantine after his return from the Chinese city, MailOnline understands.

Government sources said those who returned to the UK on the evacuation flights on January 31 were given a ‘very clear choice’ and had to sign contracts saying they would remain in isolation for a fortnight.

It came as the Department of Health today declared the outbreak a ‘serious and imminent’ threat to the British public as it announced new powers to fight the spread. Anyone infected with the virus will now be kept in quarantine for their own safety and will be forced into isolation if they pose a threat to public health.

A source told MailOnline: ‘We found we didn’t have the necessary enforcement powers to make sure they didn’t leave.

The first Britons evacuated from Wuhan will have completed 14 days in quarantine on Saturday, MailOnline understands.

Until the Country Oak medical centre reopens, the surgery’s 7,600 patients have been told to call NHS 111 if they are unwell or 999 if they have a life-threatening emergency.

A GP who has worked at the practice, Catriona Greenwood, owns the French chalet with her husband.

However, there is no official confirmation that she is infected with the virus.

Public Health England is also trying to trace anyone who came into contact with the other Britons who were infected on the ski holiday.

They have told a dozen people in Brighton to go into quarantine and they are sending them texts every morning asking them to reply ‘yes’ or ‘no’ if they have symptoms.

Five staff at the Grenadier pub in Hove have been instructed to ‘self-isolate’ after the super-spreader spent two hours there on February 1.

One bar worker was told they needed to be within two metres of an infected person for longer than 20 minutes to have any risk of picking up the infection.

Professor Yvonne Doyle, medical director of PHE, said: ‘Two of these new cases are healthcare workers and as soon as they were identified, we advised them to self-isolate in order to keep patient contact to a minimum.

‘We are now working urgently to identify all patients and other healthcare workers who may have come into close contact, and at this stage we believe this to be a relatively small number.’

The fact that this super-spreader passed the disease to 11 Britons –five of whom returned to the UK and may have infected others themselves – has concerned scientists. ‘ 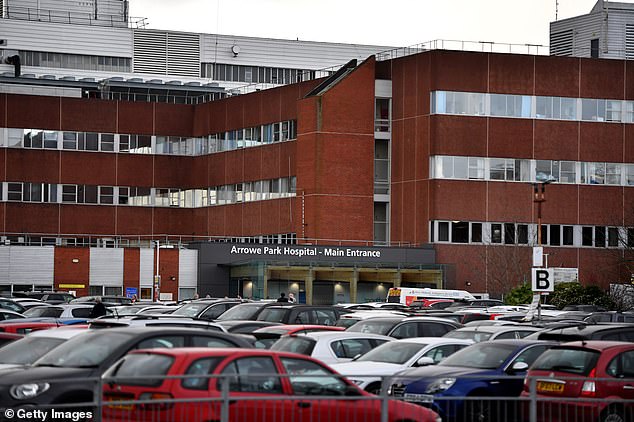 Arrowe Park Hospital, the isolation facility in The Wirral, where Britons evacuated from Wuhan in China have been staying 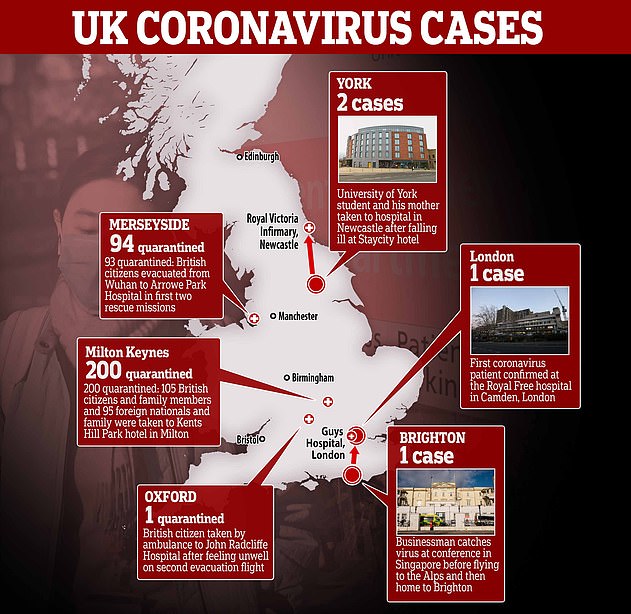 Health chiefs are also under increasing pressure to name a British ‘super spreader’ of the coronavirus, who is thought to have infected at least seven others

It is possible the inhabitants of the chalet were in very close contact and the man may not have had any symptoms.

Andrew Freedman of Cardiff University’s School of Medicine said: ‘It does appear that the index case has passed on the infection to an unusually large number of contacts.

A British ‘super spreader’ is feared to have infected at least seven others with coronavirus, prompting the emergency testing of hundreds of people on his flights, Alpine ski break and even staff in his local pub.

The businessman is at the centre of a web of cases stretching across the UK, France and Spain after he apparently contracted the virus during a four-day trip to Singapore for a sales conference for gas analysis company Servomex.

The man in his fifties then jetted from south-east Asia to the Alps to ski in Les Contamines-Montjoie in late January where five more Britons including a nine-year-old boy became infected despite the ‘super spreader’ not having any cold or flu-like symptoms.

Britain’s health authorities have also contacted 183 passengers and six crew on an easyJet flight then taken by the unnamed man from Geneva to London, warning that they could be infected.

Five staff at The Grenadier in Hove, his local pub, have been instructed to self-isolate for a fortnight after he went there for a pint on Saturday February 1.

‘As such, he could be termed a super-spreader.

‘This may occur as result of someone being infectious despite having few or no symptoms, meaning they are unaware they have the infection.

‘It can also result from someone coming into close contact with an unusually large number of people or someone carrying a larger than normal quantity of the virus.’

The super-spreader, who lives in Brighton, contracted the virus at a conference at the Grand Hyatt hotel in Singapore organised by Servomex, a British gas analytics company.

He then flew to France and spent four days in a chalet in Les Contamines-Montjoie.

This chalet has been pinpointed as the centre of this outbreak. It is owned by Miss Greenwood, one of the potentially infected GPs, and her husband Bob Saynor, 48, an environmental consultant.

Mr Saynor is being treated for the virus in France with his nine-year-old son and five other Britons.

A British father of two who also stayed at the chalet is in hospital in Majorca.

The 13 Britons to have contracted the virus include Alan Steele who fell ill on his honeymoon aboard the Diamond Princess cruise ship off Japan.

Two Chinese nationals are being treated in Newcastle after testing positive for the virus in York.

Brighton pharmacists have sold out of hand sanitisers and face masks.