British law enforcement is struggling to fight against an influx of cyber fraudsters who are using scam messages to trick the public, a top senior fraud investigator has said.

Graeme Biggar, who leads the fraud response at the National Crime Agency, told The Telegraph that the ‘anonymous’ crimes were ‘hard to investigate’ and that the fraudsters were ‘finding it too easy’ to hook vulnerable victims.

Mr Biggar, who is also director general of the National Economic Crime Centre, added that he believed police forces are not winning the war against the cyber fraudsters, telling the paper: ‘I wouldn’t say that we are winning’. 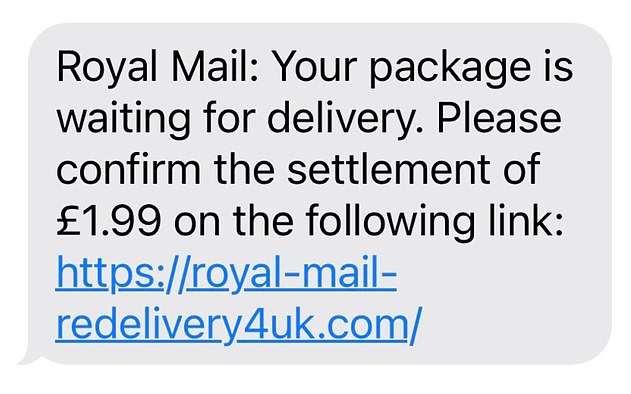 A Royal Mail text scam (one such text, pictured) asking customers to pay for packages before they are delivered has tricked thousands into handing over their bank details

Mr Biggar said he believes a ‘culture change’ is needed in the police, telling The Telegraph that although around 30 per cent of reported crime is fraud, only one per cent of the police force deals with the crime.

During the pandemic, when the public has learnt to expect the unexpected, scam texts referring to vaccines, lockdown fines and couriers have scammed UK consumers out of an estimated £479million, The Telegraph reports.

Scammers have ‘impersonated’ trusted organisations such as the NHS and Royal Mail in order to trick consumers into handing over cash – with a 94 per cent increase in such crimes, the paper reports.

Earlier this year Slough Borough Council issued a warning to residents about text message asking people to ‘sign up’ to get the covid vaccine through a convincing ‘NHS application form’ which asks for personal information and bank card details. 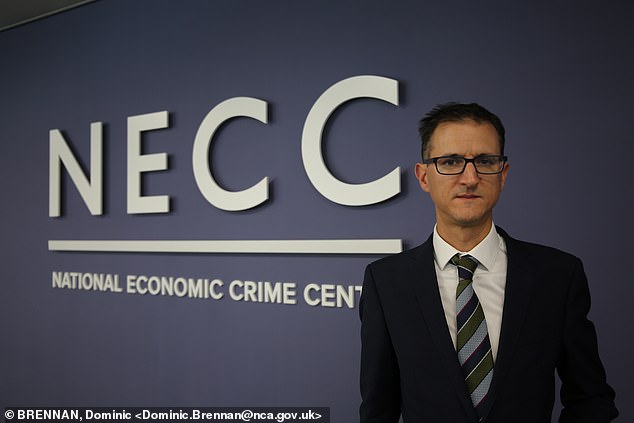 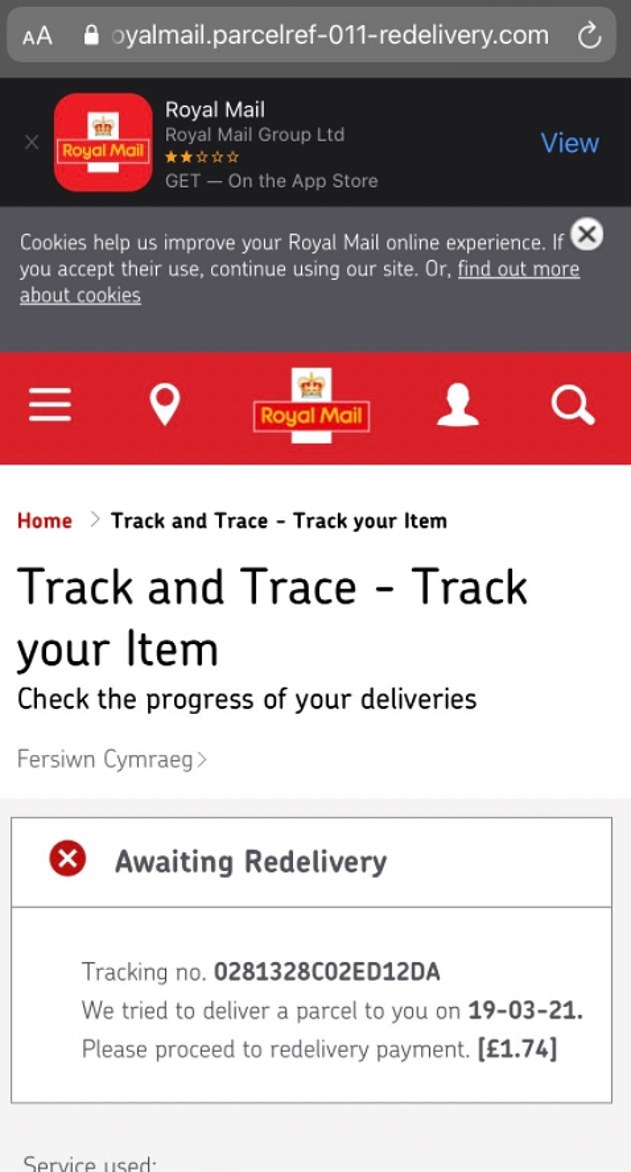 The text includes a link to a fake Royal Mail ‘Track and Trace’ website (pictured), which looks nearly identical to the real thing

Last week a Royal Mail text scam asking customers to pay for packages before they are delivered has tricked thousands into handing over their bank details.

Comedian Alan Davies revealed fraudsters ‘ordered a £30 meal from JustEat’ by cloning his bank card after he fell victim to their vicious con.

And actress Emmeline Hartley, from Devon, told how she was ‘scammed out of every penny’ she had when she was sent the same text.

The scam sees fraudsters send a message asking for a £1.99 or £2.99 ‘settlement’ for a parcel that couldn’t be delivered. Other texts say there has been an ‘unpaid shipping fee’ on a package.

The text includes a link to a fake Royal Mail ‘Track and Trace’ website, which looks nearly identical to the real thing. 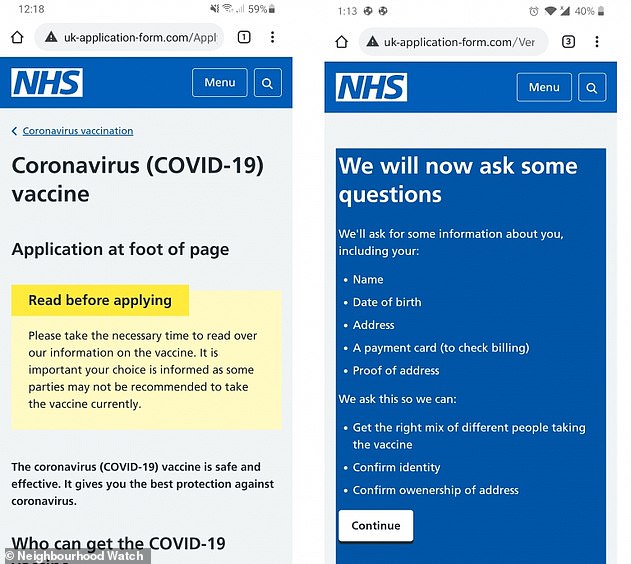 It then demands a ‘redelivery payment’, making victims enter their bank details online.

A Telegraph investigation found some scammers impersonating the Royal Mail had bought their fake web address through a US tech firm to avoid detection from UK law enforcement.

Police figures show that of more than 350,000 frauds reported by the public last year in the UK only 5,101 crimes were seen through to prosecution.

Security specialist Jake Moore told MailOnline: ‘As these messages increase in frequency and creativity, remember to think twice on any message that arrives requesting you to act quickly.

‘Whether it be to scare you, offer a great deal, or even create a slight mystery as to what the package might be, threat actors are crafty and use persuasion tactics.

‘Messages that affect your emotions are manipulating you without your conscious mind knowing it.

‘This is the clever psychology being used to make you use your quick brain before your slower, more reasoning brain sets in and takes over and questions such communications.’

Still On? Stassi Schroeder and Beau Clark’s Wedding: Everything We Know