Home » World News » From NHS to migration, what can we expect under Rishi Sunak?

From NHS to migration, what can we expect? We take a look at Rishi Sunak’s vision for Britain

He kept his cards close to his chest in the rapid leadership race, but Rishi Sunak outlined his vision for Britain when he sparred with Liz Truss in hustings held over the summer where he outlined ideas on everything from tax cuts to immigration.

The ex-chancellor pitched himself as a safe pair of hands and criticised Liz Truss’s plans to raise borrowing to pay for tax cuts as ‘comforting fairy tales’. He promised to deliver ‘tax cuts that drive growth’ in a way that is ‘responsible’ and only ‘after we’ve got a grip of inflation’.

However, he said he would aim to slash the basic rate of income tax to 16p by the end of the next parliament if he became PM.

And he came under fire in the summer for pledging to scrap the 5 per cent VAT rate on domestic energy bills for a year – despite previously repeatedly refusing to match Miss Truss on cutting taxes.

And he stood by his policy to hike National Insurance contributions – a move which has now been reversed by the ill-fated Truss administration. 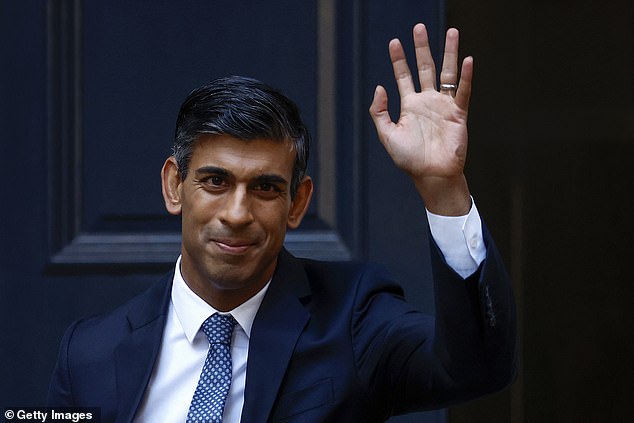 A supporter of the Government’s plan to deport some asylum seekers to Rwanda, Mr Sunak said it would stop ‘an illegal set of criminal gangs who were causing people to die in pursuit of coming here’.

He said Britain has ‘a proud history of welcoming people but it’s also vital that we’re in control of who’s coming here’. He pledged to cap the number of refugees and make the Rwanda plan work.

Introducing £10 fines for patients who fail to show up for NHS appointments was one policy Mr Sunak pledged to introduce until NHS backlogs are reduced to manageable levels.

But doctors warned that it could cost the health service more to administer than it would recoup through the fines.

Other proposals included child dental check-ups at primary schools as part of a five point plan to ‘restore NHS dentistry’. 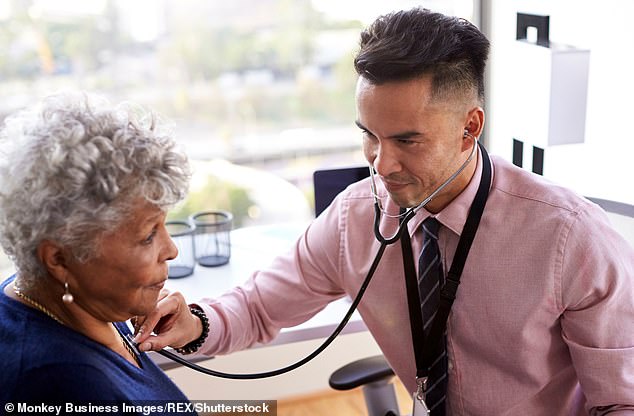 Mr Sunak pledged to introduce £10 fines for patients who fail to show up for NHS appointments. (File image)

The ex-chancellor said he saw the Nato target of 2 per cent of GDP as a ‘floor and not a ceiling’ but his commitment to balancing the books could put paid to the 2019 manifesto pledge – which Miss Truss stood by – to increase defence spending to 3 per cent.

Yesterday, the influential European Research Group of MPs said it could not give him its full backing because he would not commit to the figure. However, Mr Sunak promised to ‘redouble’ Britain’s efforts to help Ukraine.

Among a raft of proposals, Mr Sunak said he wanted to ensure all youngsters get a ‘world-class’ education by creating a new ‘British Baccalaureate’ to help pupils continue to study maths and English until they are 18.

The prestige of vocational education could be boosted with a new Russell Group of technical institutions, he said. 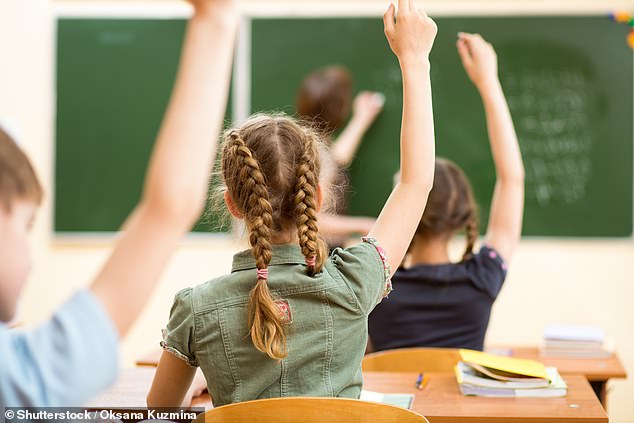 Mr Sunak said he wanted to ensure all youngsters get a ‘world-class’ education by creating a new ‘British Baccalaureate’ to help pupils continue to study maths and English until they are 18. (File image)

Mr Sunak voted Leave despite a warning from David Cameron that it would end his career.

Sticking to his guns, he has promised to scrap or reform all EU law or bureaucracy still on the statute book by the next general election.

The ex-chancellor said he wanted automatic custodial sentences for ‘career criminals’ – and warned that fears over racism must not deter the fight against grooming gangs.

The Brexit-backer has expressed support for the Northern Ireland Protocol which would unilaterally rip up the agreement on Ireland.

He pledged to ‘fix’ the arrangement, which creates what Unionists regard as a border in the Irish Sea. 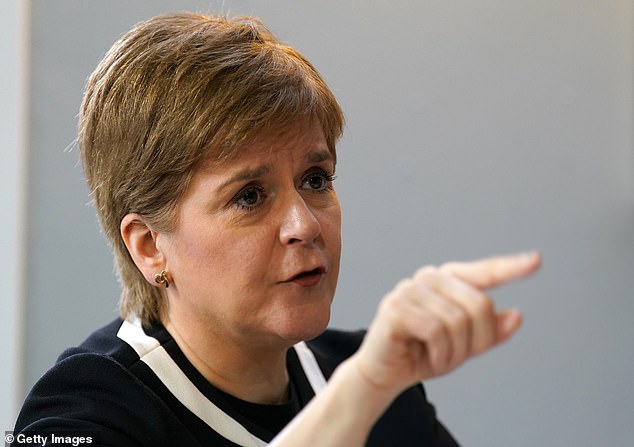 The new PM said he would level up investment in Scotland, Wales and Northern Ireland, and stand up to Nicola Sturgeon (pictured)

And he said he would level up investment in Scotland, Wales and Northern Ireland, and stand up to Nicola Sturgeon.

He committed to reaching net-zero emissions by 2050 and also pledged to keep the ban on new onshore wind farms, but proposed a legal target to make Britain energy self-sufficient by 2045 by overseeing a massive expansion in offshore turbines. Mr Sunak said he would cut taxes to ‘promote innovation and investment, and promote green finance, to build the next generation of green jobs’.

Mr Sunak has vowed to improve housing stock and energy efficiency, as well as pledging to help young people get on to the property ladder with a review of ‘long-term mortgages’ to create more ‘affordable routes to home ownership for young people’.

More homes could be built by liberalising rules to increase density in urban areas, he said. 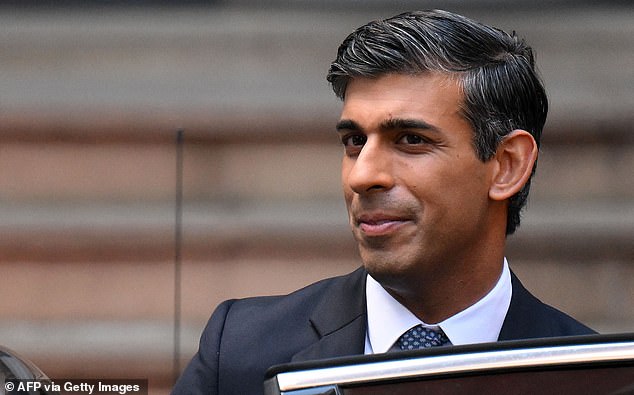 Mr Sunak has vowed to improve housing stock and energy efficiency, as well as pledging to help young people get on to the property ladder

He criticised ‘trends to erase women via the use of clumsy, gender-neutral language’ and pledged a ‘manifesto for women’s rights’, including opposing biological men being allowed to compete against women in sport and guidance for schools on how they teach issues of sex and gender.

Yesterday, in his first speech to MPs, he ruled out an early general election. But Mr Sunak’s ‘contract to party members’ – which includes plans to give members a stronger voice – aims to help ensure the Tories ‘keep on winning… and keep Labour out of Government’.

Chilling moment wild-eyed woman dumps helpless little boy, 2, on a stranger’s doorstep then runs away… as cops launch hunt to find her