Golden Caterpillar badge given to a Dutch RAF ace who made a daring dash back to Britain after taking part in the Great Escape is sold for £3,000 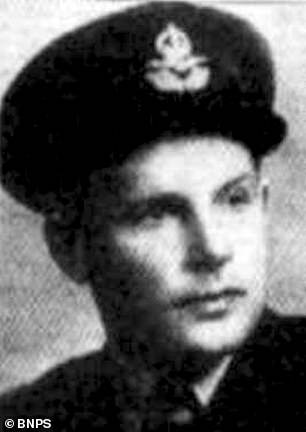 A gold ‘Caterpillar’ badge given to a Royal Air Force ace who made a ‘home run’ to Britain after taking part in the Great Escape has sold for £3,200.

Flight Lieutenant Bram van der Stok was one of only three out of 75 men who famously escaped from the notorious Stalag Luft III camp, located in what is now Żagań in Poland, to evade capture.

Of those recaptured by the Germans, 50 were summarily executed on the orders of an enraged Adolf Hitler to deter other prisoners from trying to escape.

Their courage was immortalised by Richard Attenborough and Steve McQueen in 1963 film The Great Escape.

Flt Lt van der Stok, who was Dutch, received the gold Caterpillar Club badge – the informal RAF club for airmen who had baled out of a plane over land – for parachuting from his stricken Spitfire over northern France in 1942. 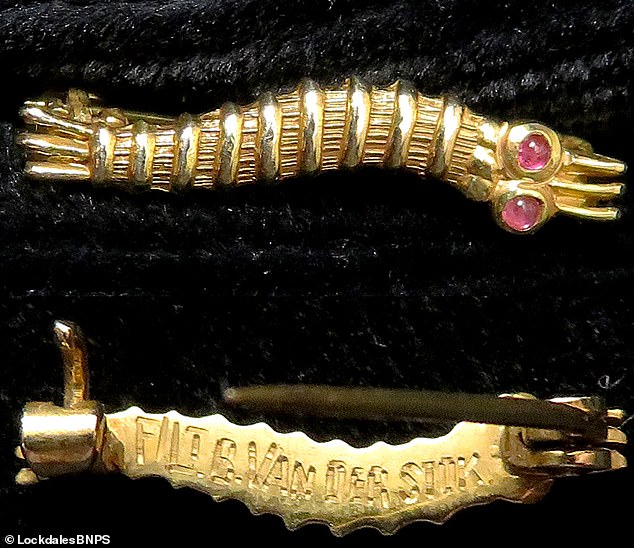 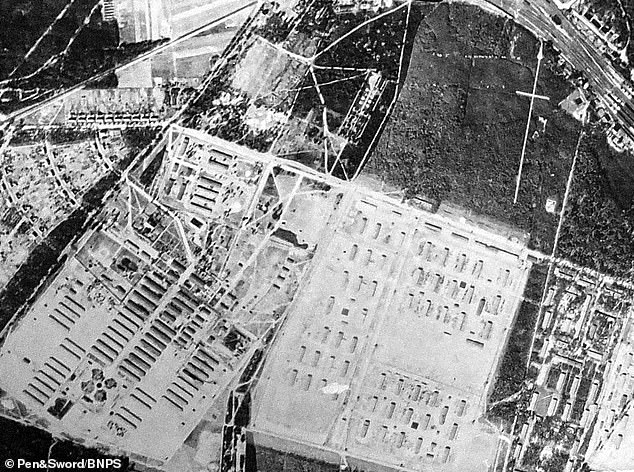 An aerial reconnaissance photograph of Stalag Luft III, in 1944/5, in what is now Żagań, Poland

He was captured by the Germans and sent to Stalag Luft III, but was the 18th man to emerge from the tunnel ‘Harry’ during the escape in March 1944.

How the Caterpillar Club is for airmen who successful baled out

The Caterpillar Club was an informal club for any Royal Air Force airmen who had successfully baled out of a plane wearing a parachute made by the Irvin Air Chute Company.

Production of parachutes at the firm’s factory in Letchworth, England reached a peak of nearly 1,500 parachutes per week during the Second World War.

Members of the club received a gold badge shaped like a caterpillar from the firm – and the recipient’s name was engraved on the reverse.

The badge was worn on the lapel of civilian clothing rather than on uniform, and members also received a certificate from the company.

More well known is the Goldfish Club for airmen who had survived a successful wartime ditching – which gets its name from ‘gold’ for the value of life, and ‘fish’ for the sea.

He was flown back to England where, such was his devotion to duty, he got back in the cockpit and took part in further Spitfire raids before the end of the war.

The badge sparked a bidding war when it went under the hammer at auction house Lockdales, of Bury St Edmunds, Suffolk. It sold for £3,200, five times its estimate.

Daniel Daley, managing director of Lockdales, said: ‘The lapel pin awarded by The Caterpillar Club to Van Der Stok has real historical interest due to its personal connection to a wartime aviation hero who is also hugely admired for escaping from Stalag Luft III. We had lots of worldwide interest from collectors.’

Flt Lt van der Stok escaped to Britain after Holland was invaded by the Nazis, reaching Scotland by boat in June 1941.

He flew Spitfires in No 41 Squadron based at RAF Westhampnett, West Sussex, and claimed six kills before baling out over St Omer during an attack on a railway marshalling yard.

He worked in the prison medical facility at Stalag Luft III while plotting his escape.

He made two unsuccessful attempts to break out of the camp before taking part in the Great Escape on the night of March 24, 1944.

Flt Lt van der Stok posed as a Dutch draughtsman on leave from engineering firm Siemens. He was even escorted to a local train station by a German civilian. 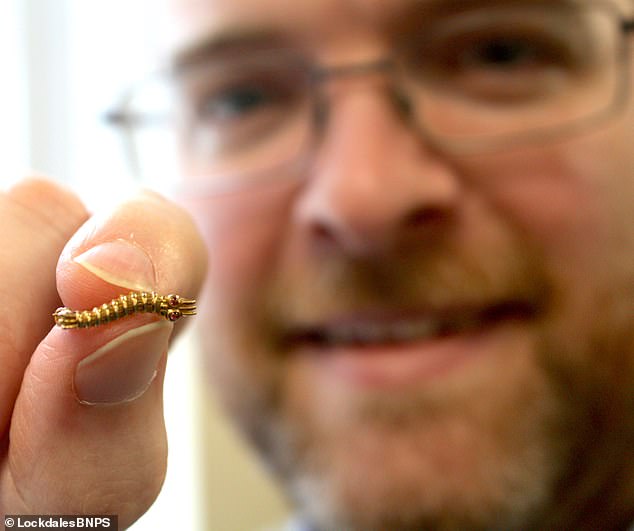 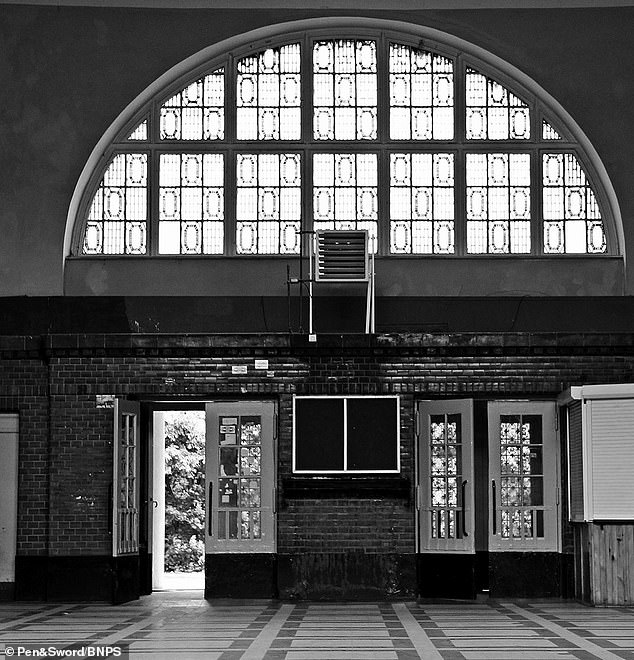 The ticket office at Sagan railway station which, situated a few hundred yards north of the camp, was where a number of the escapees headed on the night of March 24-25, 1944

He was stopped at several checkpoints but managed to convince the German guards he was not one of the escapees. 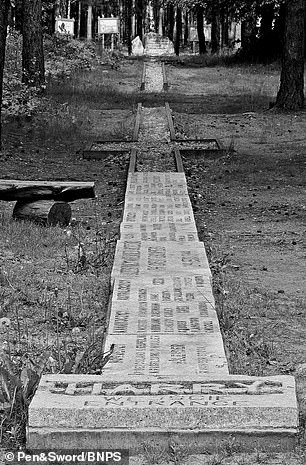 The path of ‘Harry’, the escape tunnel that was so successfully used in the ‘Great Escape’

He then continued on to Utrecht and met up with a member of the Dutch Resistance who directed him to another safe house run by the Belgian Resistance.

After arriving there, he was given Belgian paperwork and he travelled by train via Brussels and Paris to Toulouse, where the French Resistance smuggled him across the Pyrenees to Spain.

He made the journey all the way down to Gibraltar, arriving on July 8, and was flown to Whitchurch Airport in Shropshire three days later.

Flt Lt van der Stok rejoined the RAF and was posted to No 91 Squadron flying Spitfires.

He returned to the Netherlands in March 1945 and discovered his two brothers had been killed in concentration camps.

After the war he was awarded an MBE and relocated to the United States where he joined Nasa’s space lab research team as well as running a medical practice. He died aged 77 in 1993.

In the spring of 1943, RAF Squadron Leader Roger Bushell conceived a plan for a major escape from the German Stalag Luft III Camp near Sagan, now Żagań in Poland.

With the escape planned for the night of March 24, 1944, the PoWs built three 30ft deep tunnels, named Tom, Dick and Harry, so that if one was discovered by the German guards, they would not suspect that work was underway on two more.

Bushell intended to get more than 200 men through the tunnels, each wearing civilian clothes and possessing a complete range of forged papers and escape equipment. 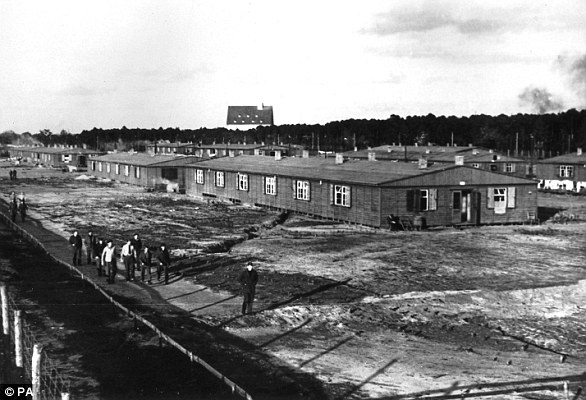 In the spring of 1943, RAF Squadron Leader Roger Bushell conceived a plan for a major escape from the German Stalag Luft III Camp near Sagan, now Żagań in Poland

To hide the earth dug from the tunnels, the prisoners attached pouches of the sand inside their trousers so that as they walked around, it would scatter.

The prisoners wore greatcoats to conceal the bulges made by the sand and were referred to as ‘penguins’ because of their supposed resemblance to the animal.

When the attempt began, it was discovered that Harry had come up short and instead of reaching into a nearby forest, the first man in fact emerged just short of the tree line, close to a guard tower.

Plans for one man to leave every minute was reduced to 10 per hour.

In total, 76 men crawled through to initial freedom, but the 77th was spotted by a guard. In the hunt for the entrance one guard Charlie Pilz crawled through the tunnel but after becoming trapped at the other end called for help.

The prisoners opened the entrance, revealing the location.

Of the escapees, three made it to safety, 73 were captured, and 50 of them executed. 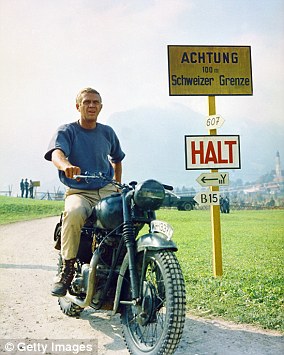 … and the Hollywood film

The 1963 film The Great Escape was based on real events and, although some characters were fictitious, many were based on real people, or amalgams of several of those involved.

The film starred Steve McQueen as Captain Virgil Hilts, James Garner as Flight Lieutenant Robert Hendley and Richard Attenborough as Squadron Leader Roger Bartlett, and was based on a book of the same name by Paul Brickhill.

Contrary to the film, no American PoWs were involved in the escape attempt, and there were no escapes by motorcycle or aircraft.

Hilts’ dash for the border by motorcycle was added by request of McQueen, who did the stunt riding himself except for the final jump.