Grant Shapps today said he will ‘miss’ being interviewed by Piers Morgan on ITV’s Good Morning Britain programme but dodged questions about Harry and Meghan.

Mr Morgan stuck to his position this morning as he said he still does not believe the Duchess of Sussex as the GMB programme aired without him following his abrupt departure yesterday.

The Transport Secretary said ‘personally I will miss him on there’ as he said the presenter ‘gave a very tough but usually quite fair interview’.

But Mr Shapps would not be drawn on the royal family row as he said ‘there is a long-standing and I think very good convention that Cabinet ministers don’t comment on royal family matters like this’.

He said he did not believe him commenting ‘adds anything’ but stressed in broad terms that ‘recognising the stresses and strains of mental health… are very, very important indeed’. 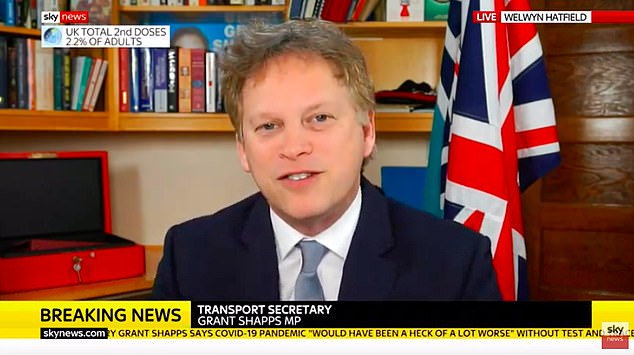 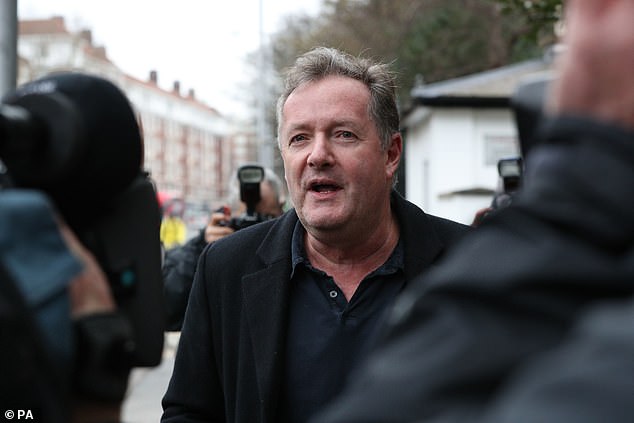 Asked about Mr Morgan’s departure from GMB, Mr Shapps told Sky News: ‘Well, putting the issue aside of what he was actually talking about, I will miss the interviews with him.

‘I would have been doing one in half an hour or whatever time I am on Good Morning Britain this morning.

‘Personally I always thought he gave a very tough but usually quite fair interview and as with all interviewers I always found that if you actually answered the question you tended to have an ok ride with it which was always, I try and go on and if you didn’t know the answer just say look, I don’t know or if you do know you give the facts.

‘Personally I will miss him on there. I wasn’t going to get into the details of the argument, one way or the other with regard to Meghan though, that is a rather different matter.’

Asked why he would not comment on the Harry and Meghan interview, he said: ‘First of all, mental health is incredibly important and particularly during this pandemic even more so.

‘I mean, there are two things here really. First of all there is a long-standing and I think very good convention that Cabinet ministers don’t comment on royal family matters like this… I think we are very lucky to have a Queen, it is her platinum jubilee next year, 70 years on the throne.

‘And then secondly you are asking me not only to judge that but to judge somebody else’s comments about it and that drags me right into that territory.

‘On mental health itself, you will have seen just this week the Government has put I think another £70million into addressing some of the very serious mental health issues I think which arise not least from this pandemic, being stuck at home has been very, very punishing physically but also mentally for people and I think recognising the stresses and strains of mental health, outside of that particular royal story, are very, very important indeed.’

Mr Morgan tweeted this morning that he still does not believe what Meghan said to Oprah, the US chat show host.

He tweeted: ‘On Monday, I said I didn’t believe Meghan Markle in her Oprah interview. I’ve had time to reflect on this opinion, and I still don’t. If you did, OK. Freedom of speech is a hill I’m happy to die on.

‘Thanks for all the love, and hate. I’m off to spend more time with my opinions.’

Nordstrom Marked Down Over 33,000 Items for Cyber Monday — Here Are the 25 Worth Adding to Your Cart

Paramount Network Rebrands, Doubles Down on Movies and Minis (EXCLUSIVE)