This is the moment a homeowner took revenge on a neighbour, who built a fence through their garden, by dismantling it plank-by-plank.

In a video shared on TikTok – which has almost 13 million views – two men are seen removing the fence after the homeowner said the neighbours refused to correct it.

In a follow-up clip the homeowner shows a new fence, built by them, and just how much of their land the neighbour had taken.

The homeowner – whose TikTok username is @unbrwreathable – shared the footage of the removal of the fence with the caption: ‘My neighbor’s fence is on our property…we’ve asked them to partner with us to correct it…they refused…so here we are!’ 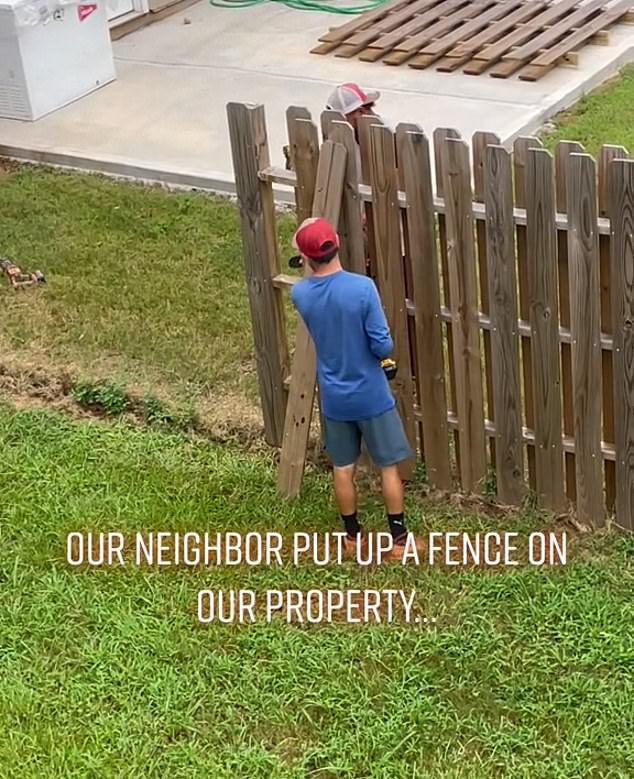 A homeowner took matters into their own hands when a neighbour built a fence stretching onto their property, then refused to work with them to correct it, by dismantling it and building a new one 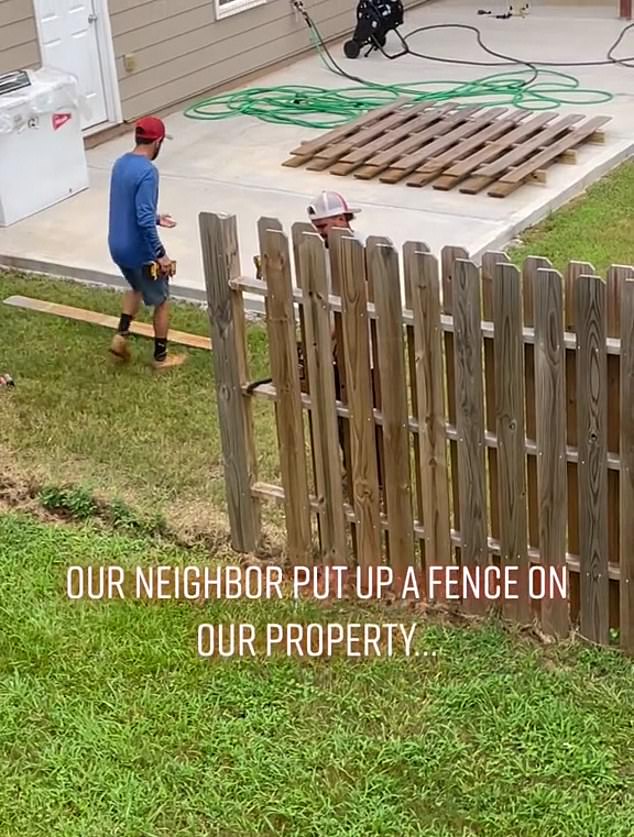 In a second video the homeowner showed the new fence and wrote: ‘Fence Installed! No drama at all! We love it!! Sometimes boundaries have to be established!!’

The original video has wracked up 12.6million views and more than 400,000 likes.

People were quick to share their thoughts on the dismantling of the fence but opinions were divided.

One TikTok user said: ‘Y’all don’t understand, if they allow the neighbors to fence that property, it becomes their property. The one taking it down loses equity if it stays where it’s at. Don’t let people move your property line.’

Another user wrote: ‘How can they just refuse? Geez! Good on you for making sure you kept your property. An incorrect fence can quickly become disputed land.’

However other people were not so convinced with one writing: ‘Am I the only one who literally would not care if it’s a little over the line? Let the next buyers deal with it’.

Someone else wrote that they would have thanked the neighbours for building them a free fence and saving them £5,000.

In a follow-up video responding to those saying they would not have removed it, the homeowner said: ‘Those saying “Oh I would’ve taken a free fence”, would you also take depreciation on your property?? GET THE SURVEY!! HIRE A LAWYER!! It’s worth EVERY dime!’

BBC confirms Christmas Day schedule – and an old favourite is back