A "ROARING" 6.5 magnitude earthquake sent rocks crashing down cliffs in Idaho and startled people in their homes on Tuesday evening.

The earthquake was centered near the rural mountain town of Stanley, Idaho, about 78 miles northeast of Boise. 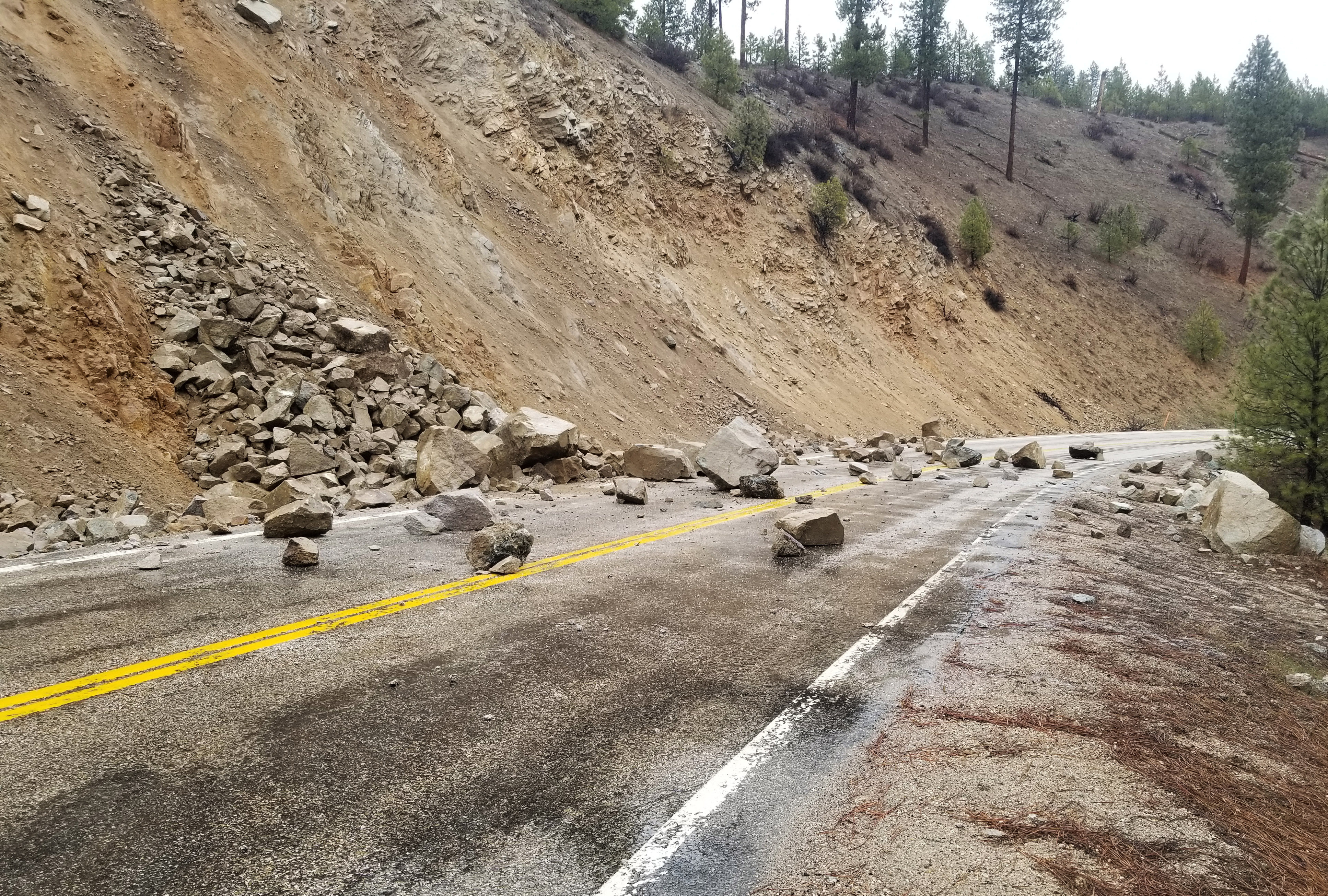 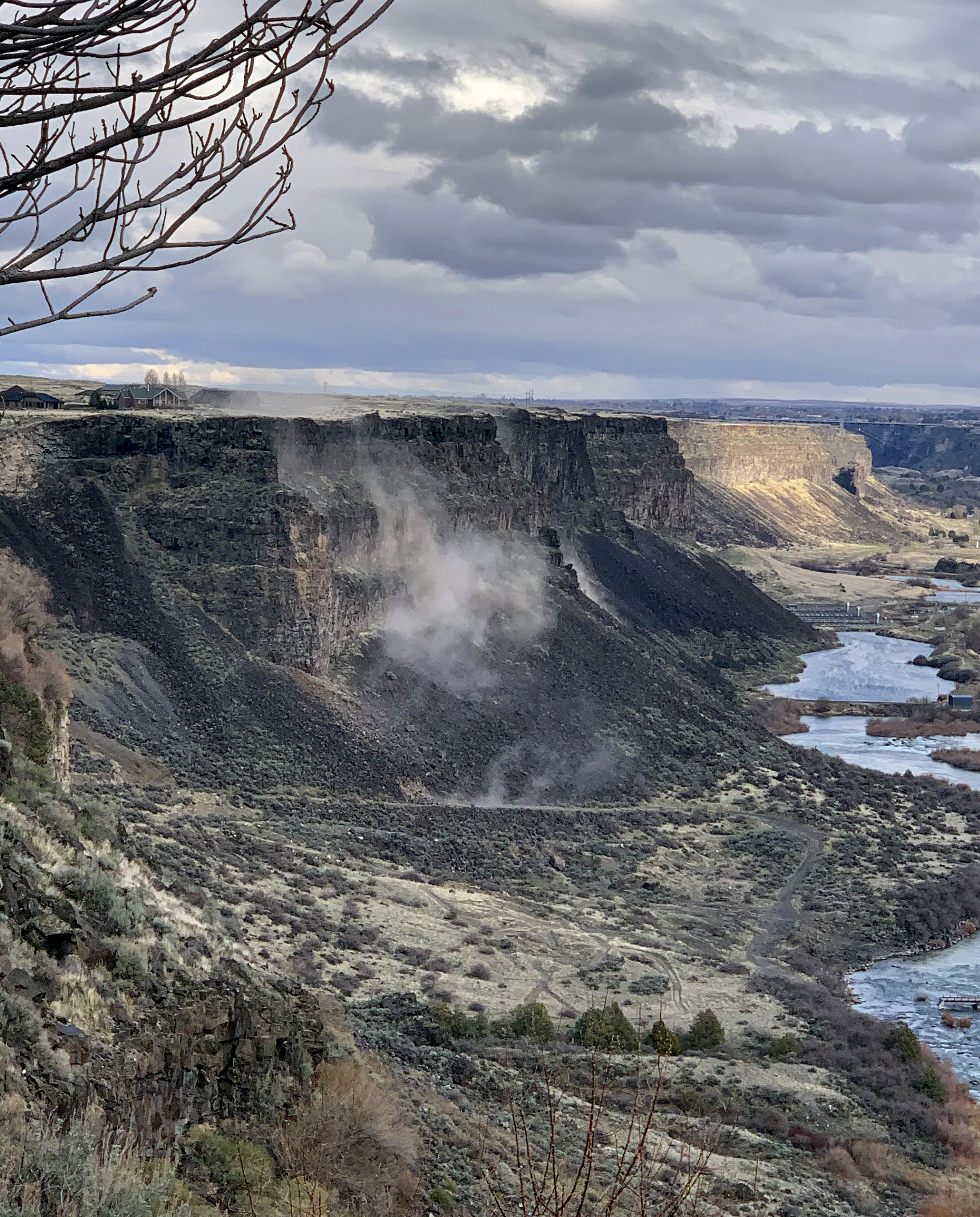 The huge earthquake, which struck around 6pm, could have been felt by the more than two million people living in the region, according to the The Unites States Geological Survey.

Injuries or damages have not yet been reported in the aftermath of the quake, which had approximately 20 aftershocks.

Brett Woolley, a steakhouse owner in Stanley, Idaho, told the Associated Press: “I heard the roar, and at first it sounded like the wind but then the roar was tremendous.

“The whole house was rattling, and I started to panic. I’m sitting here perfectly still and the water next to me is still vibrating.” 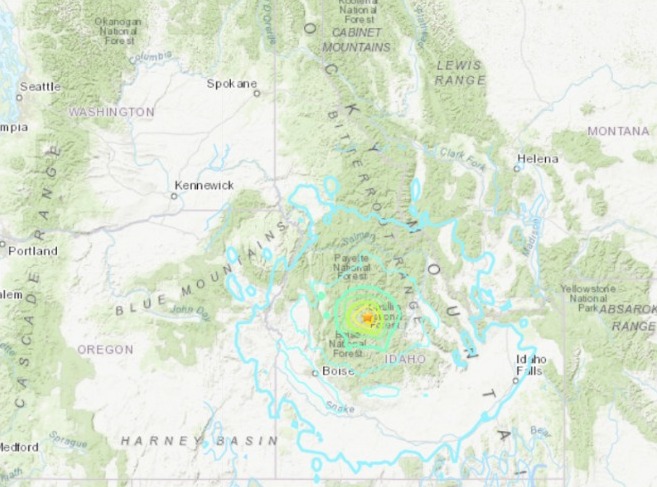 Botte said: “Stuff was flying all over the place.

“I was upstairs and I tried to walk down the steps and I couldn’t because it was shaking too much.”

Valley County Sheriff’s Office wrote to Facebook on Tuesday evening: “We have not received any reports of injury or significant damage. We suggest you check your propane tanks!”

Tuesday’s quake might be the second-strongest earthquake ever recorded in the state.

The Borah Peak Earthquake on October 28, 1983, was recorded as the strongest at a 6.9 magnitude.

It was declared a major disaster from President Reagan.

"The quake resulted in the death of two schoolchildren, approximately $12.5 million in property damage, shifts in groundwater location, large visible surface cracks, and rock and landslides," the Idaho Office of Emergency reported.

Jana Pursley, a geophysicist with the USGS, told the Boise State Public Radio aftershocks could last for days or weeks.

She said: “You will have the aftershocks; they might slowly start dying down.

"You might have a stronger aftershock that will create its own little pool of smaller aftershocks."

Anyone caught in the midst of an earthquake is urged to drop to the floor and cover their heads with their arms.

Dr. Lucy Jones, a seismologist at Caltech, advised: "Get to the floor before the earthquake throws you there, and if you have a table nearby, get under it and hold onto it.

This Woman Is Going Viral for Looking Like Donald Trump

Michael B. Jordan Thinks He Sucks At Dating