A little girl has been rescued unharmed after being kidnapped on a street in China.

The three-year-old child was taken by a suspected human trafficker after he lured her with snacks last Friday, according to the police.

The suspect drove her away while she was still holding the food. 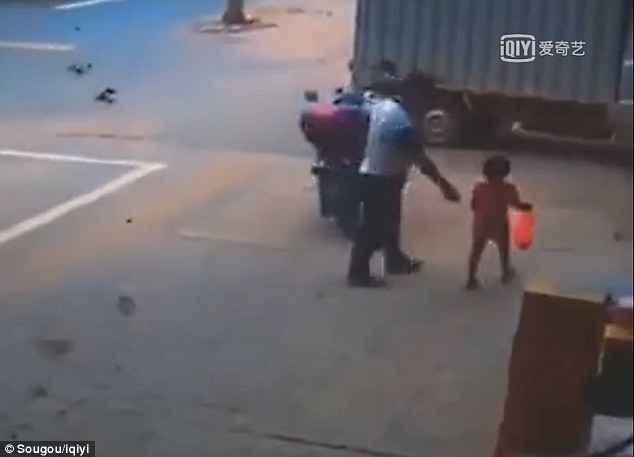 The suspect is seen approaching the girl on a street in Ganzhou, China, in a bid to abduct her 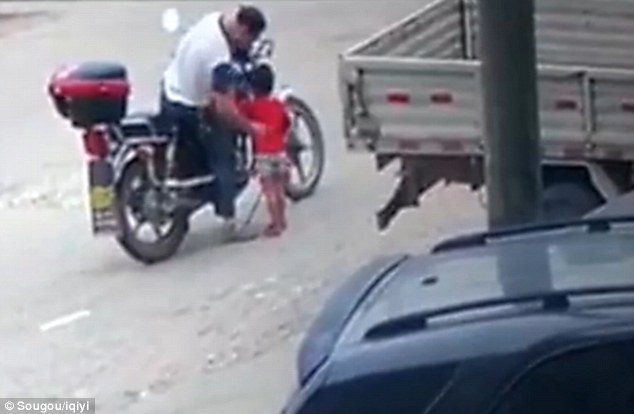 The girl, who appears reluctant, is carried onto a motorbike by the stranger last Friday

Surveillance camera footage released by the police shows a girl following Chen on a street of Ganzhou, Jiangxi Province, on the afternoon of July 6.

The girl in red top can be seen holding a plastic bag, which contained the food, and following the suspect.

The suspect has been identified by Ganzhou police as Zhang.

‘He was holding my daughter’s hand while crossing the road to the other side and bought her snacks,’ the girl’s father told Pear, a video-sharing platform.

‘She appeared a bit reluctant, but then the man just lifted her up and put her on his bike and drove off,’ added the father who contacted the police as soon as he found out his daughter had gone missing.

Ganzhou Police reviewed the surveillance footage and chased Zhang for 18 hours. They captured the man in his home on the morning of July 7. 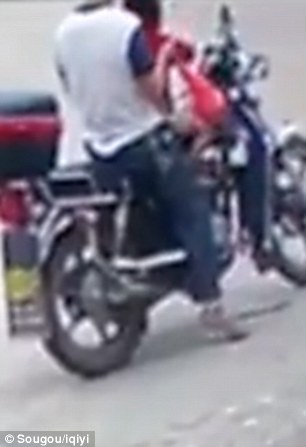 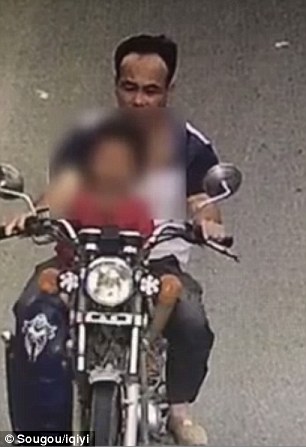 The suspect rides away after putting the girl on his motorbike (left). The police managed to identify the suspect after reviewing the surveillance footage (right) before capturing him 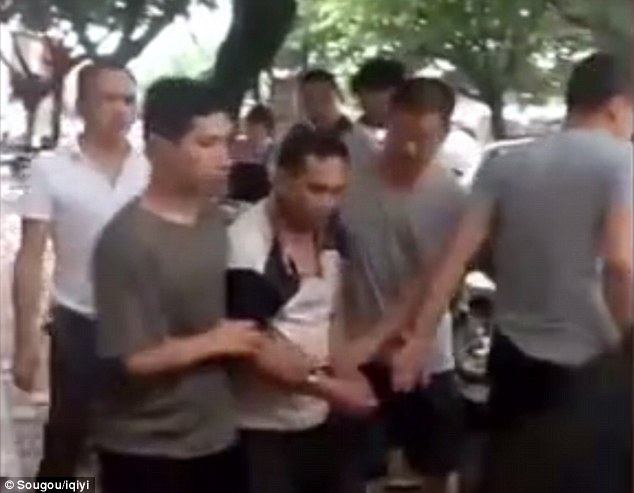 Police officers have arrested Zhang on suspicion of human trafficking.

They also found the abducted girl who was safe and did not sustain any injuries.

The suspect told the police that he hadn’t intend to traffic the girl. He claimed that he ‘wanted to raise the girl as daughter’, the police told Pear.

Further investigation is being carried out by the police.

The Inspiration Behind Psalm West’s Name Is Really Beautiful, According To Kris Jenner

Is Katy Mixon pregnant? American Housewife star gave birth in May, but is she planning baby No.3?