Hundreds of dancing bikini-clad revellers have been filmed flouting coronavirus restrictions by partying at Bondi Beach.

Footage showed hoards of people jumping around to a drum beat on the grass at North Bondi on Sunday afternoon during an event organised by Bondi Sunset Music.

State health officials banned groups of more than 30 people from gathering in public spaces, including parks, beaches and reserves. 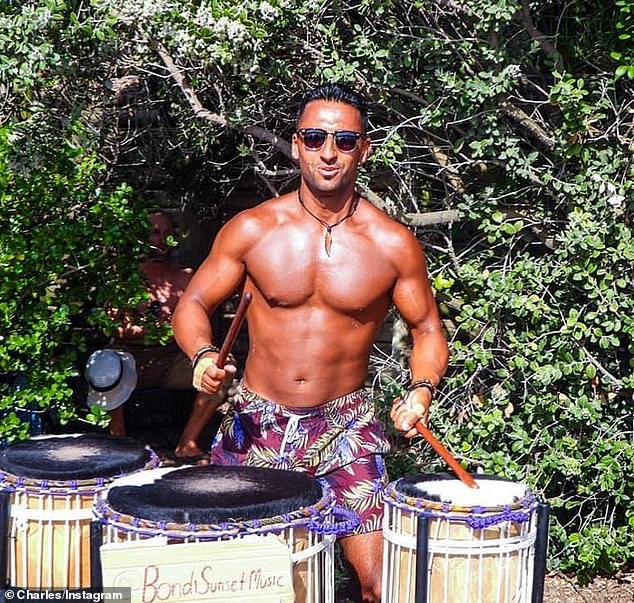 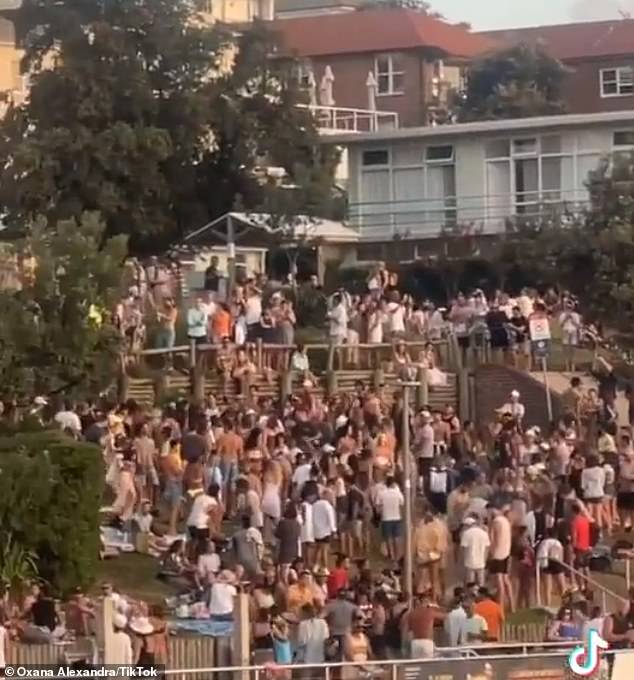 ‘Police regularly come to this spot, as well we rangers – they like to see what we’re doing and support the show, but they mostly target people with alcohol because we promote an alcohol-free space,’ he told Daily Mail Australia.

Mr Myssy said the group pause the music for about 15 minutes after local authorities give them a signal to say the group is getting too large.

But warm weather on Sunday meant there were more people than usual at the beach and the numbers couldn’t be contained. 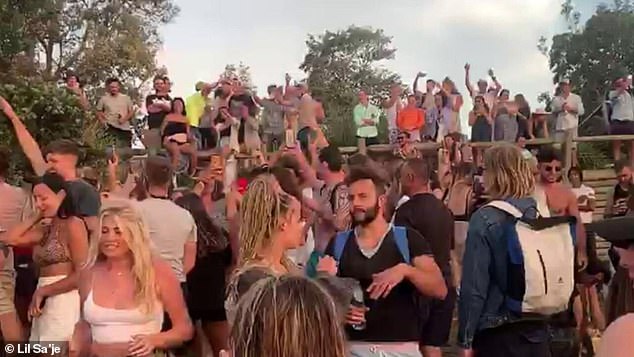 Pictured: Revellers dancing and jumping to the beat of the drum on the grass at Bondi Beach

NSW Police are investigating the incident. Pictured: People in a large group on Bondi Beach

‘Yesterday due to the sheer number of people, it was difficult. In between sets we told people to disperse but many weren’t listening,’ Mr Myssy said.

He said the crowd only increased drastically within the last half hour.

‘We aren’t an organised band, we don’t plan or invite crowds – the crowds are just passersby and people who go to the beach to watch the sunset,’ he said.

NSW Police are investigating the incident.

‘Police are aware of the matter and are conducting inquiries,’ it said. 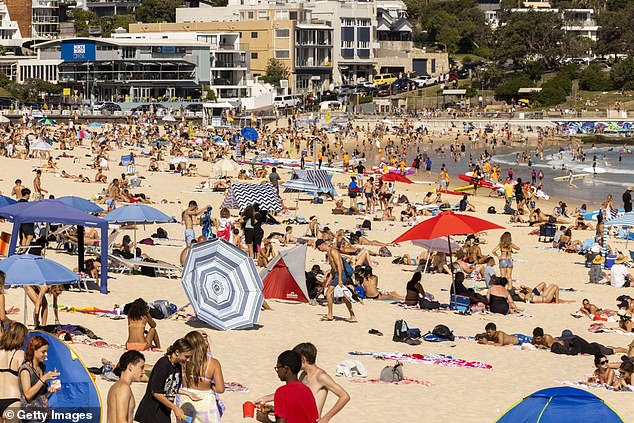 Pictured: Sydneysiders on the sand at Bondi Beach as temperatures hit 30C on Sunday 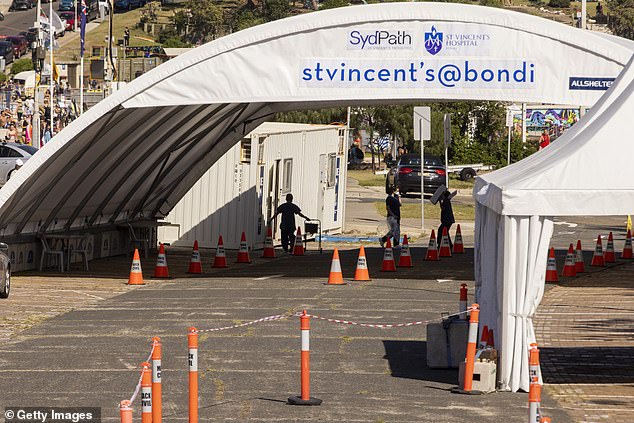 Pictured: An empty coronacirus testing centre on Sunday while everyone flocked to the sand

NSW recorded zero new locally acquired Covid-19 cases on Monday, but hundreds of people flocked to the sand to soak up the sun while the testing centres nearby were empty.

Eight new cases were found in returning Australians in hotel quarantine in the 24 hours to 8pm on Sunday and there were 8,773 tests conducted in the state.

China coronavirus MAPPED: Where has Coronavirus struck in China?

Donald Trump says he will release his full 60 Minutes interview