Is this the way to stop Britain being strangled by red tape? IAN BIRRELL visits the trail-blazing country where 99% of government services are available online

Across the world, there is deep disenchantment with governments, whether they are democracies marooned in political ineptitude or corrupt dictatorships that abuse their power. But in Estonia, a Baltic nation of 1.3 million people, you tend to get a different view about their governing system.

Georgi Abolymov, 33, a personal trainer I met walking his dog in the capital Tallinn, is typical. ‘I absolutely trust my government – it is very hard to be a bad guy here these days, so we all trust the system.’

The reason for such faith is simple. After the Soviet Union collapsed in 1991, Estonia re-emerged as a free nation but was left broke and shattered. So its politicians took a big bet on technology – and now this country leads the world in digital government.

This might sound dull. But the system functions far more efficiently – and not just for bureaucrats and politicians. It means much less stress for citizens, with one study finding it saves them the equivalent of one work day a month by making life simpler. 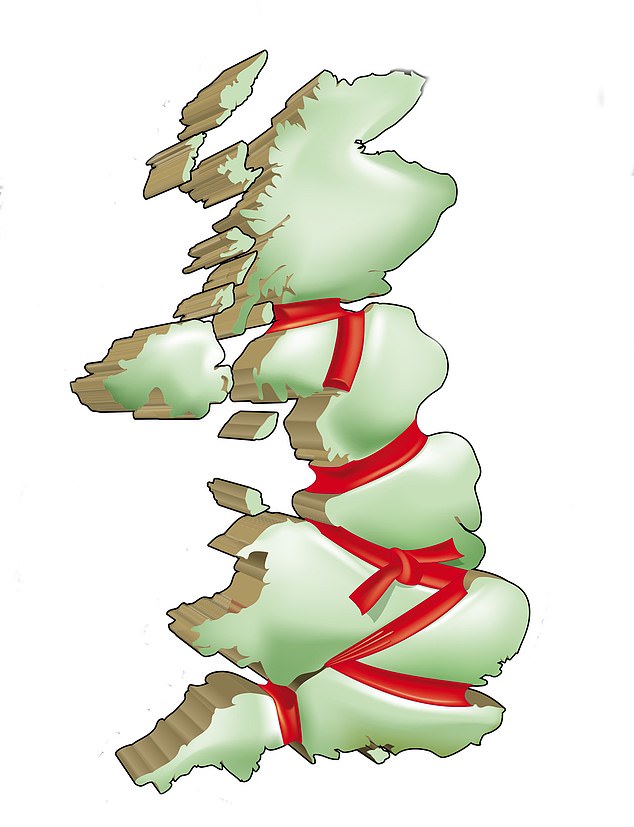 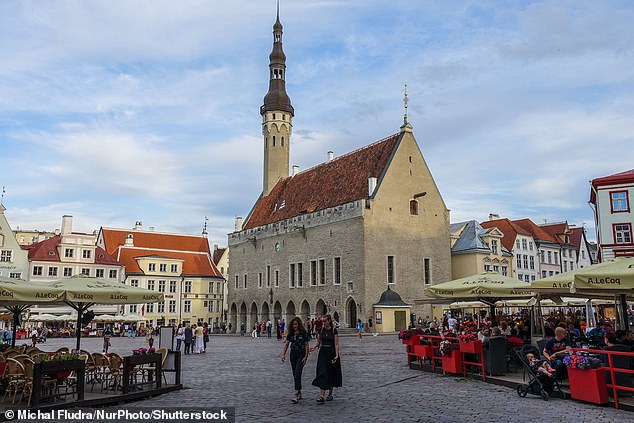 After the Soviet Union collapsed in 1991, Estonia re-emerged as a free nation but was left broke and shattered. So its politicians took a big bet on technology – and now this country leads the world in digital government

Such efficiency saves the entire nation two per cent of its gross domestic product, roughly the same as it spends on security. ‘You might say our defence expenditure is funded by our digitalised government,’ said former prime minister Andrus Ansip.

Yet, having escaped Communist dictatorship, the system could not be further from Big Brother-style control. All personal data is ‘owned’ by the citizen, use is tracked and – wary of their proximity to Vladimir Putin – everything gets backed up abroad.

The country’s banks, media and ministries were thrown into chaos in 2007 following a furious row with Russia over relocation of a Soviet-era war memorial. ‘People come from all over the world to study a place that was a non-existent country but now is a role model,’ said law professor Katrin Nyman-Metcalf.

The Estonian system offers sharp contrast to Britain’s creaking public services, lengthening wait times and often-impossible bureaucracy – something Prof Nyman-Metcalf has seen for herself while trying to sort her British mother- in-law’s estate. ‘It’s taken a year to do some simple administrative things after her death,’ she said.

Estonia’s digital revolution has seen a bonfire of red tape, with a drive to eliminate paperwork and simplify the state system.

‘This allows more time for human interactions,’ said Carmen Raal at the e-Estonia briefing centre as she showed off the system to me.

She boasted that 99 per cent of government services are accessible online except for getting married and divorced – and these will be online by the end of 2024.

So from birth to death in Estonia, life is tracked and data – from schools to hospitals, police to planning, taxes to travel – is linked in to use it more effectively. 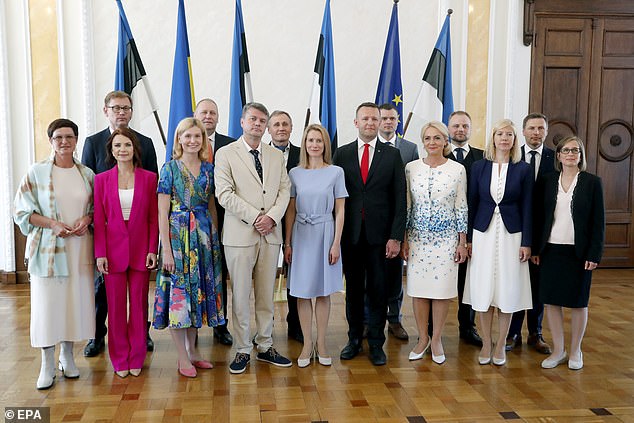 The New Estonian government poses for a group photo on July 18, with Prime Minister Kaja Kallas centre in light blue 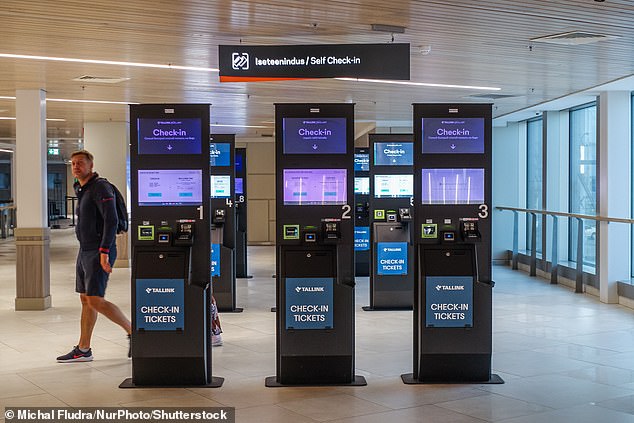 At the core is a ‘once-only’ policy that insists government has the right to ask only once for any piece of data such as your address, date of birth, marital status, exam results, driving licence number, even your blood group or prescribed medicines

At the core is a ‘once-only’ policy that insists government has the right to ask only once for any piece of data such as your address, date of birth, marital status, exam results, driving licence number, even your blood group or prescribed medicines.

The onus is on officials to retrieve information. This ensures there is no time-consuming need to fill in the same details on forms, no infuriating wait to talk to bored bureaucrats, and that it is in their interest to ensure the system runs smoothly. This transformation of government is being taken further by harnessing artificial intelligence – when computers ‘learn’ from previous actions – and voice-recognition technology to create digital ‘civil servants’. The aim is to deliver more personalised and proactive services to remind citizens if they need to renew a passport, pay taxes, claim a benefit or take a medical test.

Ott Velsberg, the government’s chief data officer, says: ‘This is about empowering citizens and providing access through voice, text or even sign language to improve customer satisfaction and ensure a better government experience for people.’ As a Briton, it feels strange to visit a place where government bureaucrats talk with such passion of ‘customer satisfaction’, a concept alien to our officials as they ensnare people in red tape and hide behind emails.

Every new-born Estonian is given an 11-number digital identity code that includes birth date and gender, and, later, a digital signature. This code can be used for a multitude of transactions from buying tickets to signing deals and voting in elections from anywhere on earth.

Citizens can access services around the clock. And even private firms – such as banks, bus companies or insurers – are allowed to use a system that diffuses state data instead of holding it in central silos that can be hacked or leaked. If a driver gets a speeding fine, the authorities obtain their address from the postal registry and then are obliged to destroy the information after the fine is paid.

After any transaction, there is a ‘digital’ footprint that can be seen by regulators or citizens checking use of their data, ensuring everyone can keep watch over possible abuse of their private information and assuaging fears of ‘Big Brother’ interference.

Central to this revolution of state services has been the digitisation of the health service using a system based on the one adopted by Britain during Tony Blair’s disastrous £12billion bid to modernise the NHS. ‘Perhaps we were more pragmatic,’ smiled Peeter Ross, a radiologist and professor of e-health. 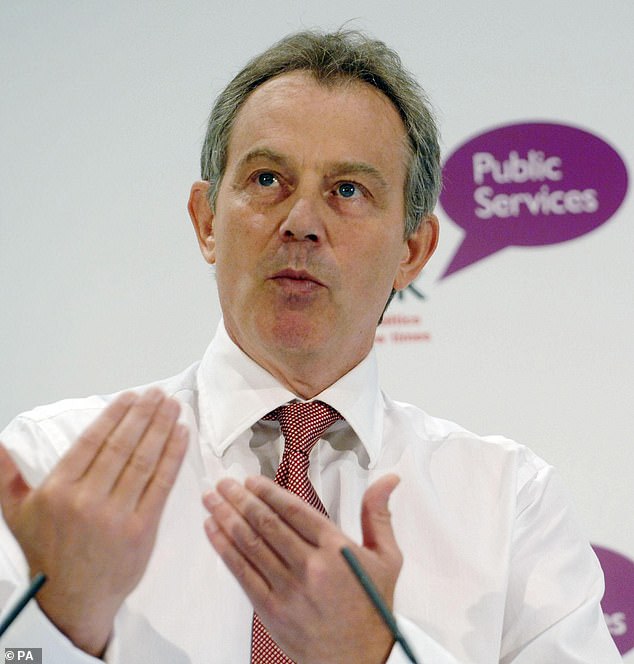 As he showed me round his Tallinn hospital, Prof Ross proclaimed the benefits of any doctor, nurse or paramedic being able to gain instant access to medical history, tests shared fast and technology used to check automatically for prescription safety.

Intriguingly, in a health system similar to the NHS, people enjoy looking up their treatment costs, which experts told me reinforces the real cost of their healthcare.

All state information is backed up in a ‘data’ embassy in Luxembourg. This ensures the state can function in a crisis once officials log on again with their digital signatures. According to one recent study, Estonia ranks highest in Europe for fostering democracy, yet this digitally-led transformation was driven by necessity and luck when Estonia was reborn with such dismal inheritance from Moscow.

The emergent nation was run by a young generation – the first prime minister was 32 when taking office – in a place with a strong engineering and maths legacy at a time when the internet was arriving.

‘The new government had to do something radical given the scarcity of resources,’ said Linnar Viik, one of the architects of the system. ‘So we made a blind bet on the future. We did many things with no idea where they would lead.’

Viik went to the US to buy IBM computers for a country in which less than half the population had phone lines, but the tech giant told him to come back when he had 100 times more cash.

So Estonia built – or cobbled together – its own systems while connecting almost all schools to the internet within six years of independence and introducing coding lessons at primary-age levels. This technological make-over was rooted firmly in post-Soviet ideals about human rights, mistrust of power and the importance of capitalism that led to flat taxes, low business rates and empowerment of citizens. There are, inevitably, grumbles about politicians, but could Estonia be a model for Britain? ‘The point about technology is that it can scale up to any size,’ said Prof Nyman-Metcalf. ‘You may have more people but it would help with more efficient government.’

Historic house where Oasis and The Stone Roses recorded albums goes up for sale for £2.25million